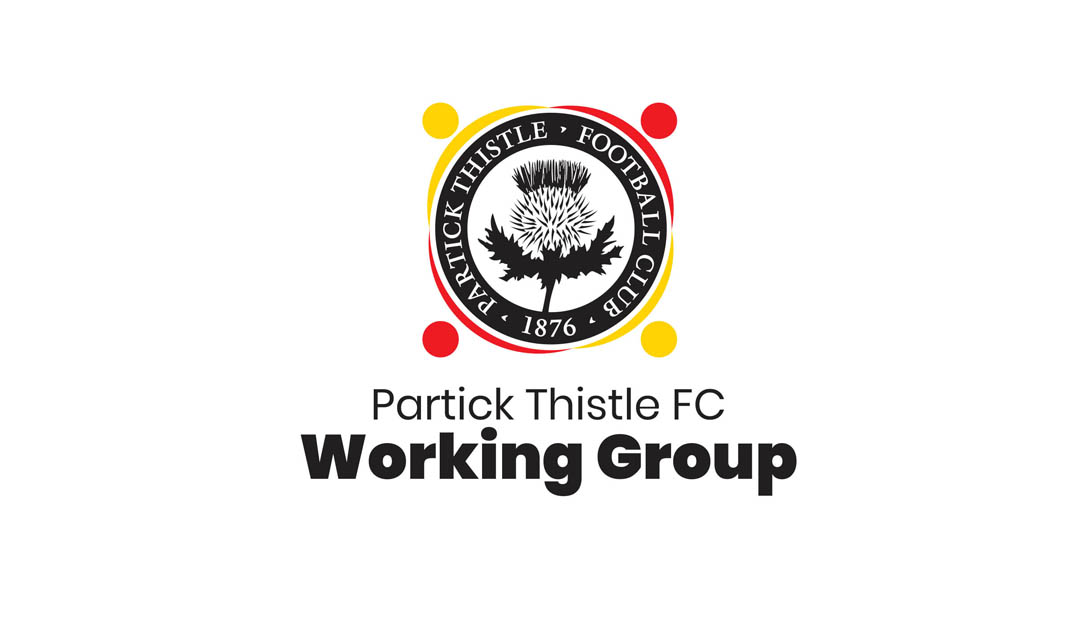 On 21st November 2019, Partick Thistle Football Club took its first step towards fan ownership as a major shareholding in the Club and land at Firhill was acquired by Three Black Cats Ltd. (3BC), which is owned by Jags’ supporter and Club Patron, Colin Weir.

3BC immediately announced it would hand over the shares and assets it had acquired to Thistle fans, making the Club fan-owned.

The process of gifting shares to a new fan shareholding entity began with plans for a Working Group in charge of establishing and realising a fan ownership model that will work for Partick Thistle Football Club and allow the handover of shares to take place no later than 30th March 2020.

Three Black Cats Ltd invited the PTFC Trust, who hold shares of 20%, and the campaign group Thistle for Ever (TfE) to start forming the Working Group, although the group will operate independently of any one fan group.

The two primary goals of this group will be to:

1. produce a model of fan ownership that will be implemented following the gifting of shares, after receiving approval from 3BC

2. to engage with and involve fans of Partick Thistle Football Club in the process of creating the aforementioned model.