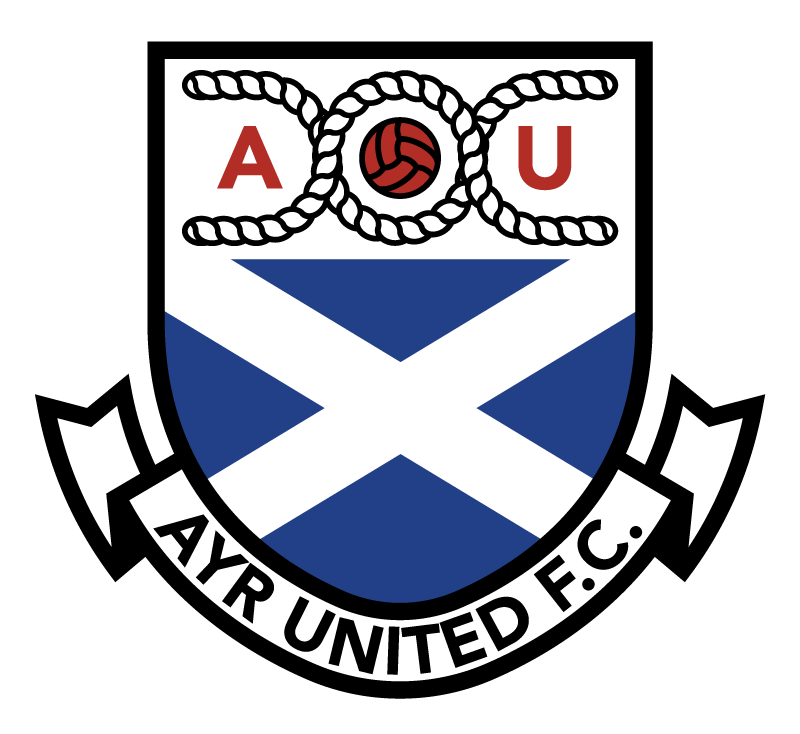 Thistle’s pre-season preparation continues this evening when we make the trip down the coast to meet Ayr United.
Ayr were, of course, in our division last season and a trip to Somerset Park remains one of the more popular away games for Thistle fans.
In last season’s First Division we drew one and won one our two fixtures at Somerset Park, with the latter proving to be a memorable occasion for Mark McGuigan who marked his first ever goal in Thistle colours in a fashion that few who saw it are likely to forget.

Mark missed the weekend’s closed door fixture with St Johnstone, but as manager Jackie McNamara explains he is in line to start against Ayr this evening.
“I think it is important that we spread things about pre-season and make sure that everyone gets a run out and that we try different shapes in the games we play. Mark McGuigan didn’t feature against St Johnstone on Saturday so he’ll play against Ayr. Alan Archibald played the full 90 minutes against Alloa on astroturf and then trained, so he didn’t play against St Johnstone either . There are others that have played 90 minutes in one game but not another, so it is important that we try and make sure everyone gets time on the pitch.”
There have been changes aplenty at Ayr since their relegation, via the play-offs, at the end of last season, not least in the manager’s office. Replacing Brian Reid is a man the needs no introduction to the Thistle fans. Mark Roberts was a hugely influential figure during his time in red and yellow, especially in the play-off fixtures that led to Thistle taking a circuitous route to promotion from the Second Division in 2006.

Mark may still be in the infancy of his managerial career but he has made an encouraging start to his management career . On Saturday his Ayr side, which includes former Thistle players John Robertson and Ryan McStay within its’ ranks, defeated Motherwell to the impressive tune of 4-0. The test, therefore, that Thistle are likely to face later tonight is certain to be a stern one, which is exactly what we are looking for at this stage of our preparations.
As always, [link:HOME] will be on hand this evening to provide comprehensive pre and post match coverage as well as updates during the game.
Match Details
Pre-Season Friendly
Monday July 16th 2012
Ayr United v Partick Thistle
Kick-off: 7:45pm
Prices
Adults £10
Concessions £5
Travel Information
By Supporters Bus
No Supporters buses are running to this fixture.
By Rail
There is a half hourly train service from Glasgow to either Ayr or Newton-on-Ayr. The ground is a ten minute walk from both stations.
By Car
A77 to Ayr, and at Whitletts roundabout take third exit (A719) and follow until after Ayr Racecourse. Take first right at traffic lights then left and right into Somerset Road.
Parking
Car Park Admission £1.50
(located beside Main Stand/limited spaces)

Thistle eased themselves to victory over Ayr United, who defeated SPL Motherwell 4-0 at the same venue at the weekend, at Somerset Park tonight. The goals that ultimately separated the sides may have come late in the game but this victory was every bit as comfortable as the score line suggests it was.
As they did against Alloa last midweek, Thistle dominated almost the entire first 45 minute but unlike the Alloa match they were unable to take a lead into the dressing room at the interval.
They did, however, open the scoring in the 8th minute. It was a simple, well taken goal and one that provided a hint of further scoring to come. Steven Lawless was able to set up Sean Welsh. The midfielder took a touch to steady himself before slotting the ball past Brown in the Ayr goal.
Thistle continued to create chances and the outcome of the match could well have been settled by the midway point in the first half. Mark McGuigan opened his scoring account for Thistle at this venue last season and he really should have netted another Somerset Park goal this evening. He found himself in behind the Ayr defence with only the keeper to beat but could do no better than lob a weak effort into the arms of the grateful goalkeeper.
The keeper was a little more pressed to keep out and effort from Christie Elliott and he again was forced to produce a fine save to tip an effort from Steven Lawless over the crossbar.
Scott Fox at this point had scarcely a save to make but he was beaten in the 34th minute. It was a poor goal for Thistle to lose. The pitch appeared a little sticky but whether that was any factor in David Rowson, playing in the centre of defence, gifting possession to Ayr trialist Kasubandi is debatable. Kasubandi was left with a clear run at the Thistle goal and his well struck shot left Fox with no chance of preventing Ayr from drawing level with their only noteworthy effort on goal of the first 45 minutes.
Five minutes after the restart Christie Elliott was desperately unlucky not to re-establish Thistle’s lead, his first time shot from an Aaron Muirhead cross striking the base of the Ayr post.
This was becoming a typical low key pre-season friendly but the better football continued to come from Thistle. Stuart Bannigan tested Ally Brown with a low drive before Aaron Sinclair, one of the many substitutes who came on during the course of the second half, did likewise.
In the 76th minute Thistle were back in front. Aaron Sinclair’s quickly taken throw in was collected from Chris Erskine and his low cross was gathered by Steven Lawless who tucked the ball home.
Five minutes later the score started to give a truer reflection of the passage of play with Christie Elliott finding the net with a low shot from the edge of the box.
A fourth goal followed just three minutes later. Steven Lawless has been in fine goal scoring form during pre-season so far and he netted his second goal of the night from 20 yards out.
There was even hint of a fifth goal for Thistle. Aaron Sinclair was able to steal in behind the Ayr defence to meet a cross from the right. Although having time and space, Sinclair wasn’t able make proper contact with his header and the ball went wide of goal.
The only moment of slight anxiety for Thistle on an otherwise positive evening was an ankle knock picked up by Aaron Sinclair in the closing stages who, as a precaution, took no further part in proceedings.