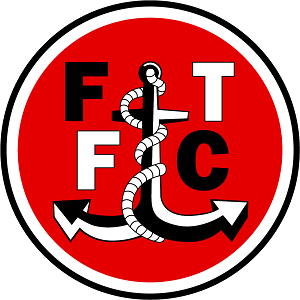 Saturday sees Thistle travel south of the border to take on Fleetwood Town in their penultimate pre-season fixture. The friendly schedule has so far rendered mixed results but the performances and fitness of the first team have definitely improved.

Ptfc.co.uk caught up with Jags boss, Alan Archibald, to discuss his thoughts on the pre-season calendar so far.

Alan said: “It’s been a tough pre-season for the boys but we’re beginning to see the benefits of that coming through now. The first month or so was very focussed on fitness but the last week to 10 days has been much more centred on the football side of things.

“It seems like a long time since we first returned from the summer break but all the hard work should put us in a strong position come the first game of the season.”

Fleetwood Town, who won promotion to League One last season through the playoffs, will pose a strong challenge for the Jags but it is one that the players are all relishing.

Archie said: “Fleetwood will prove a tough challenge for us but these kind of games are perfect preparation for the upcoming season. There are places up for grabs so all the boys will be going out there with a point to prove.

“The performances and fitness levels have been steadily improving so I expect to see more of the same tomorrow. We’ve had a good pre-season so far and it has been excellent preparation for the season ahead – it can only set us in good stead for our first game of the season against Ross County. It’s going to be important to get a good start this season so all of the hard work at this stage really helps.”

Thistle travelled down to Fleetwood on the back of an impressive 3-1 victory over Glentoran the previous weekend to face the newly promoted League One side. Manager Alan Archibald sent out a strong line up with Jordan McMillan at left back filling the void left by Aaron Taylor Sinclair. There were also starts for both new signings Abdul Osman and Ryan Stevenson.
Thistle started the brighter and, inside the first 60 seconds, some great build up play saw the ball come to Higginbotham whose shot from the edge of the box was well saved by Maxwell in the home goal. In the 2nd minute a Stephen O’Donnell effort was left by the keeper and clipped the bar on its way over – positive signs for Thistle.
Scott Fox produced the first of a number of good saves in the fifth minute when good play from Evans saw Sarcevic go through only to see Thistle’s number one produce a great save with his legs.
Matt, who looked dangerous all afternoon for Fleetwood, then headed just over from a corner which looked to have clipped Fox as it beat the bar by mere inches. The bright open game continued to flow from end to end and a terrific ball from Osman found O’Donnell wide whose pass in turn reached Stevenson who let fly with a left foot effort from 22 yards which was again well saved by Maxwell.
In the 15th minute Lawless put pressure on the home defence and, when Osman’s pass found Stevenson, the new signing fired another left foot shot just over. The home side then produced some neat play in midfield and Morris shot just wide of Fox’s right post. Ball then saw a header saved by Fox and then the same player shot over after Matt had caused problems for the Jags defence.
Morris then flashed a dangerous cross across the Jags six yard box before Ball again forced another great save from Fox when one on one with the Jags keeper.
An open first half, which was probably edged by the home side, ended 0-0 at half time.
Into the second half and Gary Fraser saw a shot blocked before the ball fell to Lawless whose effort flashed wide after 50 minutes.
Fox was then again on hand to foil an attack from the home side again with a good save from a Morris effort. A poor cross field ball from Higginbotham put Thistle under pressure and Morris forced yet another good save low to his right from Fox. The home side continued to threaten and when Matt found Sarcevic his cross was blazed over by Ball and Thistle sontinued to protect their clean sheet.
Higginbotham was replaced by Elliott in the 64th minute and good build up play down the left between Elliott and McMillan saw a pass inside to Fraser who shot went just wide of the home goal. Stevenson then nipped in behind the home defence and poked the ball past the onrushing keeper but it fell just wide from a tight angle as Thistle really began to find their feet in the second half.
Fraser then fired a shot over the bar after neat passing between Elliott and O’Donnell.
A series of substitutes for both sides saw the game die out in the latter stages but an entertaining game nonetheless was brought to an end with the final score 0-0.
It was a good workout for the Jags against a strong passing outfit in Fleetwood. The standouts from the match were Scott Fox who kept his team in it with a string of magnificent stops and Stephen O’Donnell who also played well as the Jags take the final steps towards the start of the season on the 13th August against Ross County.
A mention as well for the large travelling support who sang their hearts out for the full ninety minutes.
Next up for Thistle is a home friendly against a Sunderland XI on Wednesday night, a game which season ticket holders can watch absolutely free.

Thistle travelled south to play Fleetwood Town, in a friendly that was contested at a decent pace but ultimately finished goalless. Fleetwood, who were promoted into League One through the playoffs last season, fielded a strong team that looked threatening on the break but were unable to break down a stalwart Thistle defence.

Jags manager, Alan Archibald, was happy with his team’s performance.

He said: “It was a very good run out for the boys, the game was played at a good pace. There was a right good tempo to the game from the very off and it didn’t feel as much like a pre-season match as some of the others that we’ve played. It was a really good game.

“I’m not normally a big fan of pre-season fixtures but today was a bit different and I think it will be valuable for the whole squad.”

Having juggled players and trialists in previous friendlies Archie was able to play more of a settled team in today’s game and the gaffer is happy that all of his squad has enough football under their belts ahead of the season opener against Ross County a week on Wednesday.

“We’re not far away now. I think everybody has covered three or four 90 minutes and we’ve still got another game to go before the kick-off with Ross County. We’ll have a look at who still needs game time ahead of Wednesday but that will be pretty much us.

“On the pitch I think we’re about on track with where we want to be. Obviously I think we still need to add one or two – we know that as well – but we’re working on it all the time. I don’t think we’re too far away from having exactly what we want.

“I think we’re all just about ready for the start of the season and there’s a bit of disappointment that we aren’t starting on Saturday with everybody else. We won’t worry about it too much though and just look forward to next Wednesday instead.

“We’ve got Sunderland coming up the road on in a few days then we’re right back into it. The focus in training is right back into the football and everyone is ready to go.”