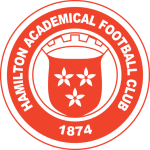 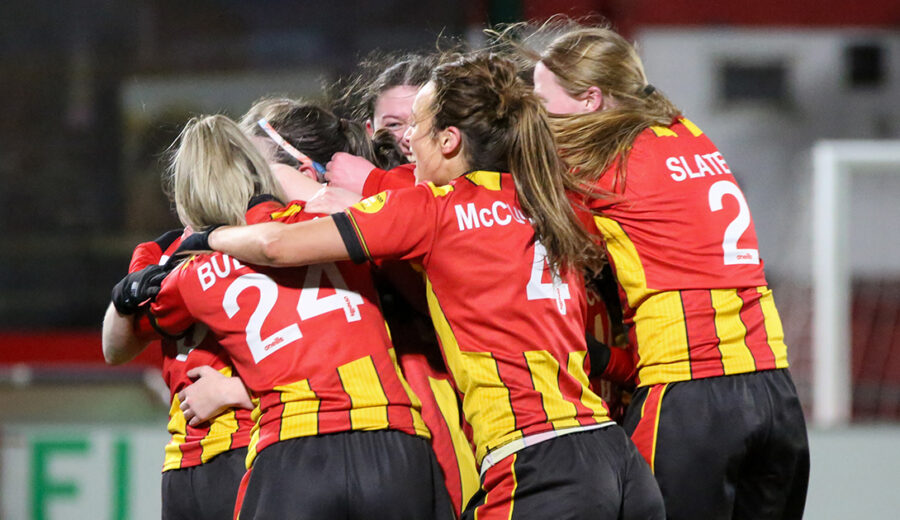 A month that has all the hallmarks of being a hugely significant one for Thistle began with a trip to face Hamilton Accies, the side immediately below Thistle in the league table.

Thistle were on the front foot early on in this game, setting the tone for 90 minutes of football that Thistle dominated the majority of, with a McBrearty free kick forcing a save out of the home keeper Currie as early as the third minute.

Currie, who was in excellent form when the two teams met at Petershill Park earlier in the season, was required to save again; this time from a Fleming shot, in the 15th minute as Thistle tried to find the early goal that their play merited.

McGowan was displaying her usual industry and endeavour in the middle of the park and her determination and drive nearly produced that opening goal but after having brushed aside a couple of challenges she saw her shot blocked by a defender.

The Thistle defence meantime remained largely untroubled although there were loud appeals for handball and a Hamilton penalty after 31 minutes when the ball struck a Thistle defender before spinning into the path of Burchill whose shot was saved by McGregor.

Hamilton came close again after 38 minutes when McCulloch was forced to clear a Quigley header from a McGonigle corner off the line.

The pattern of the game though largely continued in the direction of the Hamilton goal. A Fleming shot went narrowly wide of goal after Docherty had touched the ball back into her path before Docherty herself saw a shot from the edge of the box saved by the home keeper as the first half drew towards a goalless conclusion.

The second 45 minutes followed a very similar pattern to that of the first and Thistle were desperately unfortunate not to nudge themselves ahead 9 minutes into the second half.

The impressive Slater pushed forward from her defensive berth and her long-range effort nearly produced a first Thistle goal only for it to come off the crossbar. A Thistle goal still looked likely when the loose ball fell to Docherty whose effort was smothered on the lie by a defender who looked to use a hand in doing so.

Thistle manager Brian Graham certainly felt that a hand had been used and his vigorous protestations resulted in a red card and a berth in the stand for the remainder of the game.

The pressure on the Hamilton goal continued to mount and in the 64th minute Thistle were again close to a richly deserved opening goal. Docherty collected Fleming’s excellent long ball before squaring to the trialist substitute to her right who saw her shot saved by Currie thus denying her a debut goal just minutes having come on.

The deadlock though was broken with 13 minutes of the game remaining.

Taylor threaded through a pass for Clare Docherty and Docherty when left with just the keeper to beat showed great calmness and coolness to adeptly knock the ball past the keeper and into the net.

A frantic response from the home side was expected but never materialised and indeed it was Thistle that came the closest to adding to the score line when a McGowan header from a Bulloch corner went narrowly wide of target.

There were four minutes of injury time to endure before the referee brough proceedings to a close and Thistle could celebrate what good prove to be a highly significant three points.