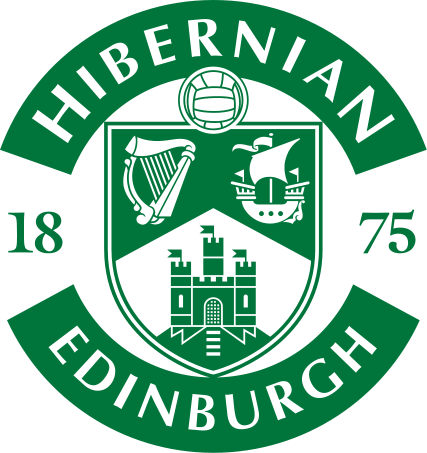 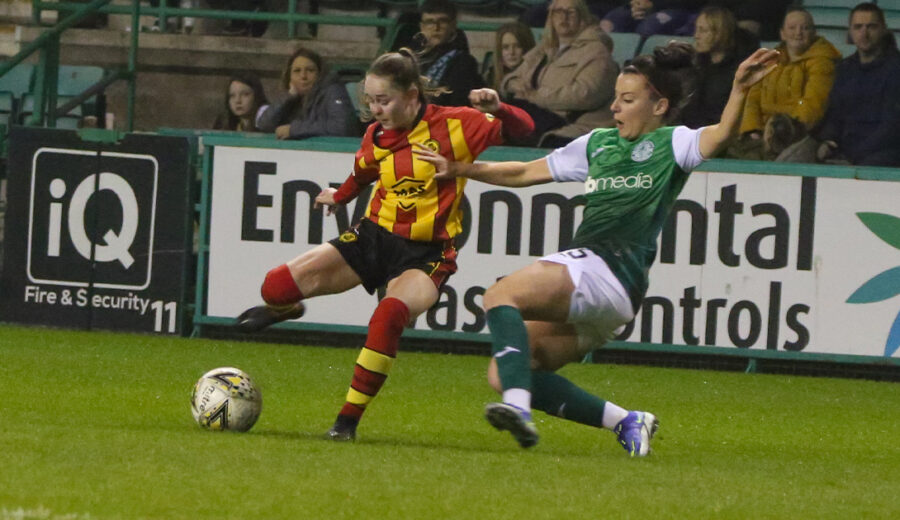 Playing at a stadium like Easter Road is an occasion to savour but although contributed much to an entertaining game of football that was enjoyed by an appreciative crowd there was ultimately disappointment and a narrow defeat.

Playing in front of a sizeable home crowd, Hibs were quickly on the front foot trying to find an early goal but it was Thistle that offered the shot across the bows at either end when McBrearty shot from distance. English in the home goal though was able to save with comfort.

The bulk of the early chances though came Hibs’ way. Adams knocked a McAlonie cross wide of goal after 9 minutes and two minutes later Cavanagh saw her shot slide wide of goal.

As Thistle began to get used to the bigger pitch they gradually were able to assert themselves more and more on proceedings and with 27 minutes played they had the best chance of the game to that point.

It was Linzi Taylor that created the opening with when after collecting a pass from Clare Docherty her inch perfect pass for Rachel Donaldson set the Thistle number 25 clear on goal. Donaldson though was unable to lift the ball beyond English.

Gallacher’s corners for Hibs would cause Thistle problems all night and her corner after 31 minutes really should have resulted in a Hibs goal but when the ball dropped to Adams her shot spun high over the Thistle crossbar.

It was a very even game at this point and Taylor Hamill sent a shot from the edge of the box wide of goal as Thistle pressed for an opening goal that few would have grudged them at that point.

The half finish though with Hibs on top. Gallacher side-footed a shot just wide of McGregor’s goal after 41 minutes and the same player tried a long range effort just a minute before the half-time whistle McGregor saved.

After a goalless first 45 minutes it took Hibs just five minutes of the second half to break the deadlock.

The goal came as a result of a quick, incisive counter attack. Gallacher played the ball up to the feet of Adams inside the box and after taking a touch she adeptly knocked the ball wide of McGregor and into the net.

In truth that goal set the tone for the second half that was largely dominated by the home side.

Rebecca McGowan had to clear from the Thistle goal line as Hibs threatened from a corner, as they did from a series of corners throughout the second half, and after 65 minutes McGregor had to make a smart save to deny Gallacher.

While the deficit remained at just one, however, there was always a potential route back into the game for Thistle and the opportunity to snatch an equaliser arrived with 72 minutes on the clock. Rachel Donaldson did well to win possession of the ball deep inside the Hibs half but she was unable to find Cara McBrearty who had taken up good position to her left and would have had a clear look at goal and the opportunity was lost.

That was the best, and last, opportunity for Thistle to equalise and return to Glasgow with a precious point. It was though another hard working, disciplined performance that reflected well on the talent within this squad of players.