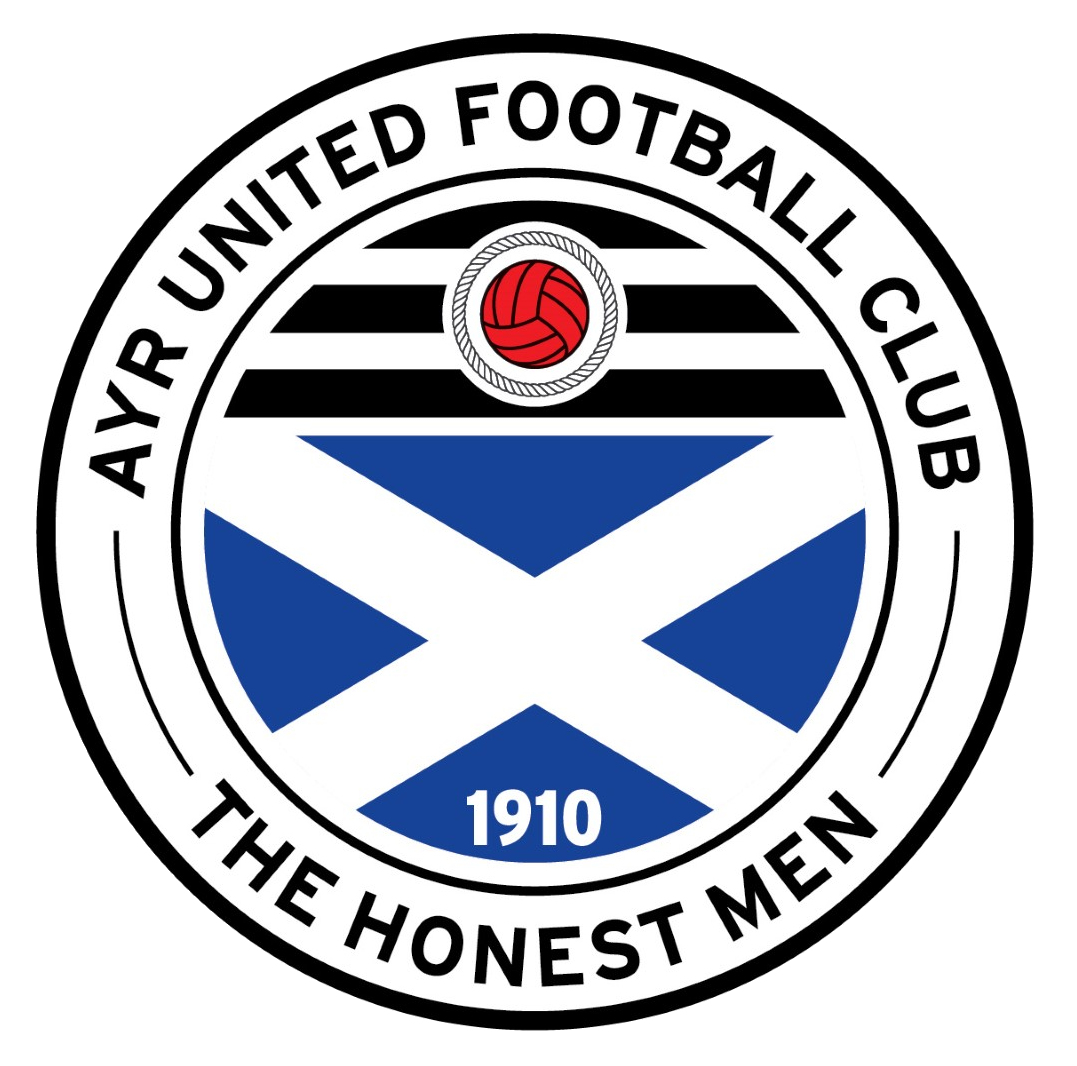 This fixture is a GENERAL ADMISSION fixture

Cash gates in operation for the John Lambie and Colin Weir Stands.

A concession is qualified as a person between 17 and 18, over 65 or a student with a valid matriculation card.

Ayr United supporters will be located in the North end of the Colin Weir Stand.

It has been a busy week for the players and management staff at Partick Thistle as they focus on Saturday’s Ladbrokes Championship match against Ayr United. Gary Caldwell is preparing for his first home match in charge and his excitement was palpable when he spoke to ptfc.co.uk before training on Friday.

“I’d like to take this opportunity to thank every Thistle fan who has wished me well since I first joined, whether that be on social media, from the terraces in Alloa or in person during the week. I have been blown away by the reception and I hope I can start repaying that sooner rather than later.”

Although his first game in charge ultimately ended in defeat the new Jags boss was able to take plenty from his first experience as Thistle manager.

“My immediate reaction to last week’s game was obvious disappointment at the result but I was able to take plenty of positives from the performance as well. As we analysed the performance this week we were able to work on things that we need to improve on to win games.

“We’ve had a bit more contact time with the players this week as things have started to settle down which has been great. You obviously can’t come in and look to change too much at once but we are starting to build relationships with the players and the positive changes will come with that.”

Ayr United have surprised many with their performances this season as they currently sit second in the league. Central to that success has been the form of Lawrence Shankland. While Caldwell is well aware of their strengths and the threats they pose he is clear that it will take a team performance to beat The Honest Men – particularly when it comes to defensive play.

“I think the team has to defend. It doesn’t come down to individual players or certain areas of the pitch, we all need to work hard for it. Ayr will be tough opposition but I always try to focus on the things we can influence and change. That shows in the way we’ve structured the work ahead of Saturday and hopefully that will pay dividends.

“We have had a really good week of training and every player has worked hard – you can see that every day. I knew right from the start that we had quality individuals here but it’s now about bringing that together to form a unit that is hard to beat but capable of playing good attacking football at the same time.

“The boys recovered from last week very well and Tam Scobbie comes back into contention for Saturday having missed out last week. Other than that it should just be the long term injuries that we’re missing which gives us a great group to choose from.”

Caldwell finished with a very clear message about the target for Saturday.

“The focus for Saturday is very simple – three points. We have a good home record and it has been an excellent week of training so there is plenty to be positive about. The one thing I can guarantee is that the players will leave nothing in the tank – they’ll give everything to get the result.

“I’ve been looking forward to this for what feels like a very long time now so hopefully we can get things started with a win.”

More exclusive preview interviews with Stuart Bannigan and Jags gaffer, Gary Caldwell, are available to Jagzone subscribers – log in now to see them.

Can’t make it to the Energy Check Stadium at Firhill? Jagzone members can listen to live audio commentary of the match. JagZoneLIVE begins at 2:45pm on Saturday.

It's another defeat for Thistle who for the second week in a row lose to the game's solitary goal.

Slater's effort goes over the wall and high over the bar. Poor effort.

Spittal is fouled 30 yards from goal and in a central position. Last chance surely?

Storer's shot thumps off a defender.

88’Thistle corner from the left

Coulibaly tries to find the net from a tight angle but can't hit target.

Couilbaly goes down inside the box looking for a penalty but the referee is rightly not interested.

Ayr though take the lead from the corner that follows as Rose punishes some poor defending and bundles the ball home from close range.

Thistle receive two major let offs in te space of a few seconds. First the ball comes off the bar and then Elliott heqads off the line.

McDaid takes the free kick and it nearly sneaks in at the back post without anyone getting a touch to it.

Elliott fouls Harvie and Ayr have a free kick in a threatening position out wide.

Quitongo comes forward down the left with pace but his cross is too high for Erskine who had made a good run into the box.

Bell is sharp off his line to clear ahead of Shankland.

Quitongo makes a great run to gather  a storey pass. He deliverts an excellent low ball across the six yard box but Spittal can't get enough on the ball to force it home.

Slater's free kick is cleared but Thistle get the ball back into the box but the referee spots a foul on Doohan and Ayr win a free kick.

Mutombo is fouled near the touchline and Thistle have a free kick.

Penrice is back on and Thistle are back to eleven players again.

Ayr have the ball in the net after a scramble following the free kick but the flag had long since gone up for offside.

Ayr have a free kick near the right hand corner of the Thistle box. Before that can be taken though Penrice receives a spot of treatment.

It's goalless at half-time after a fairly entertaining opening 45 minutes albeit without either keeper being seriously tested.

Play quickly moves to the other end and there is half a chance for Quitongo. He collects a Mutombo pass but as he turns he sends a shot well wide of target.

The ball falls nicely into the path of Geggan but like Moore a few minutes earlier he snatches at his effort and sends a shot high over the bar. Ayr in charge at the moment.

39’Ayr United corner from the left

Penrice is across quickly to clear ahead of Shankland.

A Geggan free kick is headed down into the path of Moore who snatches at his opportunity and sends the ball wide.

McDaid is too heavy with his final ball as Ayr threaten to open up the Thistle defence.

Thistle are showing patience in their build up but haven't been able to find a killer final ball as yet even though they are moving the ball across the park well.

Quitongo gets his head to an Elliott cross but the ball drops wide of goal.

Ayr appeal, unsuccessfully, for a corner as a Shankland shot goes wide of target.

Just for a second it looks as if Shankland has a clear run at the Thistle goal but the flag eventually goes up for offside.

Play is stopped as Spittal receives a spot of treatment.

Elliott tests Doohan with a low shot that the Ayr keeper saves but can't hold.

A Spittal effort goes harmlessly over the cross bar.

Storey gets clear after collecting a Mutombo pass but can't find a Thistle player with his cut back.

Bell makes a comfortable save from Moore after Ayr enjoy a break of the ball near the edge of the Thistle box.

Spittal connects with a Penrice cross but the ball spins into the waiting arms of Doohan. It's been a good open game so far.

Quitongo fires a low ball across the box but Doohan gathers near his front post.

The corner is cleared but the ball is immediately returned deep into the Thistle box and with Thistle looking for offside Adams is close to connecting with the ball directly in front of the Thistle goal.

Ayr shout for a penalty when Shankland goes to ground after collecting a pass from McDaid.

03’Thistle corner from the right

02’Thistle corner from the right

Quitongo earns Thistle their first corner of the game.

Into the starting eleven come in Blair Spittal, Andrea Mbuyi-Mutombo and Jai Quitonge, who makes his first start as a Partick Thistle player.

The Gary Caldwell era got underway last Saturday as Partick Thistle fell to a narrow 1-0 defeat by Alloa but the new Jags gaffer took charge of his first home game this afternoon. Unfortunately for the Maryhill men, today’s game brought the same outcome as last weekend’s as Ayr came away with a 1-0 win. Michael Rose got the only goal of the game as the Honest Men beat the Jags for the third time this season despite a few chances for the hosts. Caldwell spoke to ptfc.co.uk straight after the final whistle:

“I felt that like last week, we played well for large periods of the game. Also, I felt we were much better in the attack than we were at Alloa and the game was there to be won but we give away a poor goal from a set piece which is the reason we lose the game in the end.

“After the goal went in, we ended up chasing the match and things got a bit ragged which made it tough for us.

“Once again, the effort was there but I can’t accept losing games of football so there’s plenty of work still to be done.”

Gary emphasised that although he felt the performance was improved, it counts for nothing if the results don’t come.

“We need to be picking points up and I’ve told the players that. They can’t feel sorry for themselves. That mentality has to change.

“We know we have quality in this team but we’re struggling to score and that’s going to make getting points very difficult when you come up against teams like Ayr or Alloa who fight for everything.

The boss made a few small matchday changes today, for example, switching dugouts and he says that these small changes are just about building towards what his vision for Partick Thistle Football Club could be.

“The little changes are fairly inconsequential but they’re things that I want changed and feel will help us achieve our bigger goal.

“It’s obviously not going to happen overnight and we just need to keep chipping away. I have seen some improvement but as I’ve said to the squad, that’s not good enough because we need to be winning football matches.”

A more in depth video interview with Gary Caldwell is available now to Jagzone subscribers and will be followed by reaction from Andréa Mbuyi-Mutombo and Miles Storey – log in now to see them.