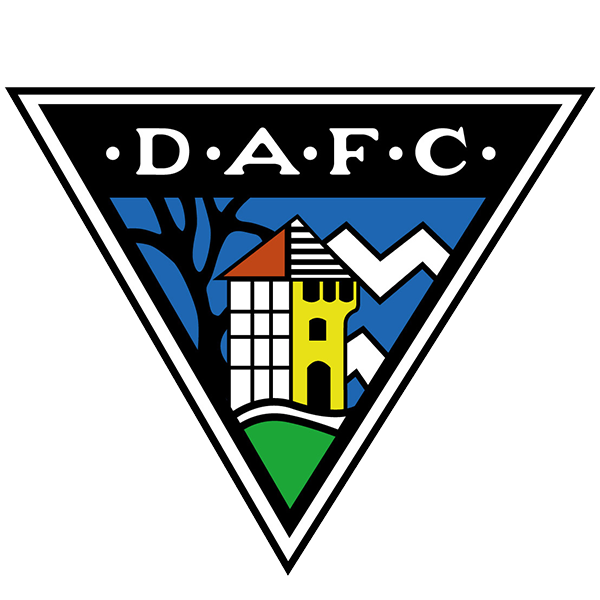 Tickets for this game are sold out.

We’ll be providing a livestream of the game which can be watched with a PPV pass, priced at £12. You can buy yours HERE.

Our coverage will begin at 14:30 and will take you through the full 90 minutes of action from Maryhill.

We recommend logging in early to avoid issues.

Our JagZoneLIVE show will also be available to listen to with the build-up getting started at 14:30. The commentary team will bring you audio coverage of the full 90 minutes.

JagZone subscribers can listen in by clicking HERE ahead of kick-off.

There will be the usual in-depth text commentary available here on ptfc.co.uk

Live updates will also be available on our Twitter page throughout the game.

A match programme has not been produced for this fixture

You can enter our digital 50/50 draw by purchasing tickets online.

Tickets cost £1 each to enter.

Following the game, we’ll have reaction from the Thistle camp available to watch on JagZone.

There will also be match highlights and a full game replay on JagZone later. 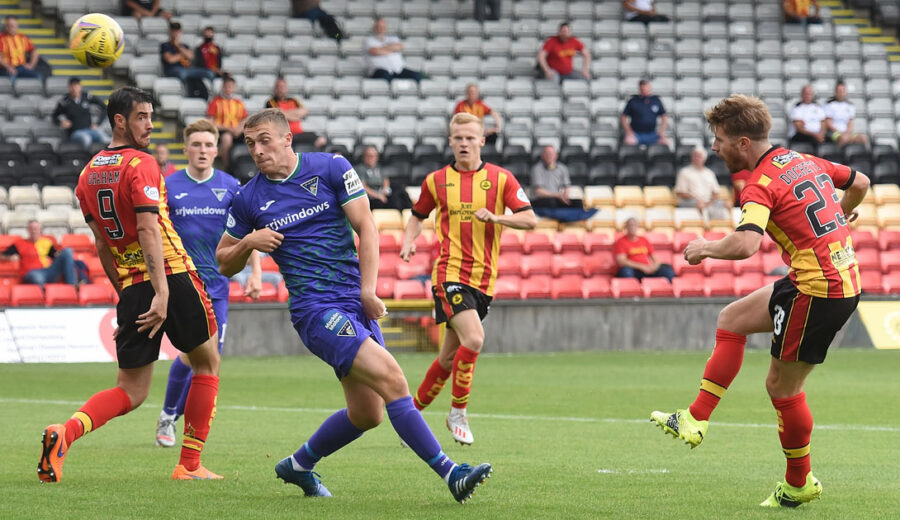 Dunfermline were the visitors to Firhill as Partick Thistle got their 2021/22 season started officially in the Premier Sports Cup. It was the first competitive game played in front of fans for the Jags since they last faced Dunfermline in March 2020; that game ended 1-1.

There were debuts for Kevin Holt and Kyle Turner in the Thistle starting XI while Tam O’Ware lined up for his first appearance in over 15 months following an injury stricken 2020/21 term.

Things started promisingly for the home side with Richard Foster’s early cross finding Ross Docherty in the Dunfermline box, however, the Jags skipper couldn’t keep his volley down.

An even better chance presented itself in the 13th minute when Pars ‘keeper Deniz Mehmet played the ball straight to Scott Tiffoney. The number seven quickly fed Brian Graham and the number nine rifled a shot goalwards. Mehmet was able to get down to his right to save and make amends for his wayward pass.

The hosts’ pressure finally told in the 16th minute though and it was their top scorer from last season who made the breakthrough. Ross Docherty dropped deep to pick up possession before slowly moving forward into the attacking half. He lifted a ball forward to Kyle Turner who found himself in considerable room and as a consequence was able to flick an inch-perfect knockdown into Brian Graham’s path. The striker, who was the last Jag to score a competitive goal in front of fans, brought it back full circle by firing low beyond Mehmet to give his side the lead.

It could have been two for Ian McCall’s side six minutes later when Steven Bell almost netted his first goal for the club. A long ball into the Dunfermline box was nodded on by Tam O’Ware and Brian Graham was first to it. The Thistle goalscorer then teed up Bell who tired to find the near post with a powerful shot hit on the bounce but his attempt flashed past the upright for a goalkick.

The tide of the game then turned suddenly and Peter Grant’s Pars drew level on the half hour mark. A Josh Edwards throw-in was flicked on by Nikolay Todorov and that gave the away side a 3-on-2 15 yards outside the Jags’ box. Kevin O’Hara was the man on the ball and he used the numerical advantage to perfection, slotting a ball through to Todorov who finished past Jamie Sneddon at the near corner.

Dunfermline then got a second to complete a snappy turnaround when Aaron Comrie headed home in the 35th minute. A Dom Thomas free kick was lifted into the Thistle box and it found Comrie completely unmarked, allowing the ex-St. Johnstone defender to glance a header into the corner to make it 2-1.

The visitors refused the let up as the first half ticked on and they added a third before the break. Kevin O’Hara sent a reverse pass the way of Josh Edwards who had been able to break past Richard Foster and despite the Thistle defender’s best efforts to recover, Edwards was able to deliver across the six-yard box. His pass evaded all in the goalmouth and travelled to the back post where Kyle MacDonald was arriving and the number six shot firmly. The shot beat Jamie Sneddon but was blocked by Kevin Holt, however, he was a couple of yards behind the line and the goal was given by the referee, Bobby Madden.

The Pars’ didn’t lose their goalscoring touch during the half-time interval and were able to increase their lead shortly after the restart despite a positive start to the half by Thistle. The Jags were undone by a Paul Allen ball over the top as Nikolay Todorov broke the offside line and lifted the ball over the goalkeeper deftly to put his side 4-1 to the good.

The home side got a goal back with just over 25 minutes to play as substitute Zak Rudden notched his first strike of the new season. Stuart Bannigan carried the ball forward before leaving it to Connor Murray. The Jags’ number 17 then curled a precise cross to the front post area where Zak Rudden met it and flicked it into the corner of the net to cut the deficit to two goals.

The Jags probed for the remainder of the game, seeking a third goal to put the pressure on their opponents but it wasn’t forthcoming and the game ended 4-2 with the Pars claiming three Premier Sports Cup group stage points.

Next up for the Maryhill men will be a trip to face Stenhousemuir at Ochilview Park next Saturday. 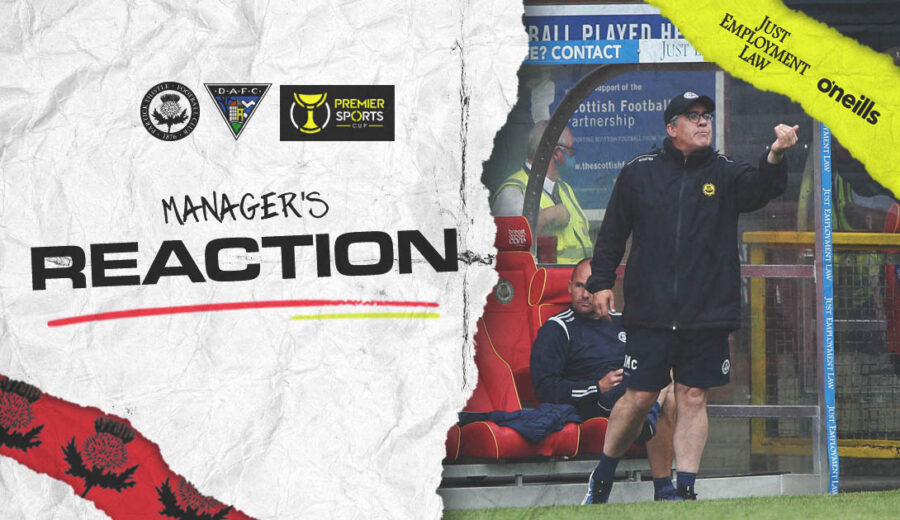 The 2021/22 season got off to a less than ideal start for Partick Thistle as they suffered opening day defeat against Dunfermline at Firhill this afternoon. The Jags hit the front early on through Brian Graham and looked much the better side in the opening stages but a Dunfermline fightback late in the first half saw the Pars turn a 1-0 deficit into a 3-1 lead heading into half-time. The visitors added a further goal after the interval before Zak Rudden pulled one back for the Maryhill men. There was to be no dramatic comeback for the hosts, however, and Peter Grant’s team took the three points. Jags boss Ian McCall spoke to ptfc.co.uk after the full-time whistle:

“I didn’t think it was a 4-2 game to be completely honest but at the same time we can’t complain too much because we were really poor defensively. Three of the four goals were really bad and you can’t give up chances like that and expect to win games.”

The gaffer was pleased with the way Thistle started the game and felt his side could have been more than one up in that first half.

“We created some good chances and I thought we actually saw some really good stuff from middle to front. We were on top early and got the opening goal but it could and probably should have been more. We had plenty of the ball and something like 16 attempts on goal so I was actually happy with what I saw going forward.”

Ian was, however, left frustrated by the ease at which Dunfermline were able to score as they race from a goal down to three up.

“The goals they were scoring were giveaways from our perspective. For each goal, there were moments where we should do better and we know we can do better which is disappointing.

“The fourth one was the poorest for me because we play that high line but we’re not in line properly and that means we’re beaten by a pretty standard ball over the top but all in all we have to defend better as a tea, not just the defenders.”

One pleasing aspect for McCall was the ability to get gametime for a variety of players who missed time during pre-season and haven’t had as many match minutes as some of their teammates.

“I was happy that we got Kyle Turner, Stuart Bannigan and Scott Tiffoney starts because they all missed time and need that match practice. The same goes for Zak Rudden off the bench who took his goal well. These guys have all missed training over the past few weeks and it’s vital they catch up with everyone else because they’re key players.

“We’ve now got a full week of training before our next game so that will serve them well and hopefully the time in the game today will help too.”