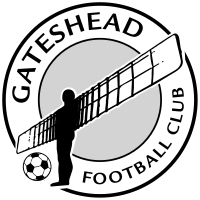 Tomorrow, just 64 days after a highly successful 2012-2013 season finished, Thistle return to action when they play Gateshead, at the home of Durham City, in their first public pre-season friendly.
A return to action in front of the several hundred Jags fans that are expected to make the trip is something that manager Alan Archibald is very much looking forward to.
“It will be great to get back playing in front of the punters again; the game will feel more real because they will be there. It means too that we are just about a month away from the start of the competitive action.”
First public match it might be tomorrow but the players have had a taste of action already having played in a couple of bounce games, against Airdrie United before they left for Durham and on Wednesday night against West Auckland. As the manager explains those games were more about building up fitness levels than they were about results.
Said Alan;
“We included four trialists in our game on Wednesday and we did our best to make sure that everybody played a half each. It was virtually two different teams in each half. It was really all about fitness. The players have been doing double sessions all week and they trained before this game as well. To be honest they were knackered.”
Alan is expecting tomorrow’s game to have a more competitive edge;
“With Thistle fans at the game I want us to win the game but I need to be mindful too of the fact that the game will be played on a plastic pitch, just as Wednesday’s match was, when it comes to picking the team. We’ll take another looks at the trialists we had out on Wednesday and we’ve another coming down for the game.”
At this stage of the season there is little point in risking any player that has any kind of knock and there will be a few that will miss out tomorrow.
“The one down side of pre-season so far has been the injury that Stuart Bannigan picked up in our bounce game with Airdrie last Saturday. He’s going to be out of action for a couple of weeks but although it is the same ankle that he injured against Falkirk last season it isn’t as bad as we thought it might be at the time. He’ll hopefully be able to do some running on Monday.”
The manager continued;
“Sean Welsh has done most of pre-season but he isn’t feeling quite right and he will miss out against Gateshead. Declan McDaid picked up a knock too. On the plus side Jordan McMillan and Hugh Murray, who didn’t play against Airdrie last weekend, are fine.”
The week at Durham has been time well spent. Said Alan;
“It’s been fantastic. The weather has been great and the facilities have been brilliant; the pitch is almost right on our doorstep. We’ve been really well looked after by the people at Durham University and we can’t thank them enough.”
Match Details
Pre-Season Friendly
Gateshead v Partick Thistle (at Durham City FC)
Kick-off: 3pm
Directions to New Ferens Park
Prices
Adults: £10
Concessions: £5
Under 16s: £2
Programme: £1.50

Thistle’s first public outing of pre-season ended in a disappointing defeat, in difficult conditions, against Gateshead at Durham but that shouldn’t detract any from what was otherwise an excellent week away.
The heat and the difficult plastic pitch altered the manager’s approach to the game a little with the result that he fielded virtually two separate teams in each half of a match that in truth amounted to little more than a training game.
Several hundred Thistle fans made the trip, however, and they were disappointed to see their side fall behind as early as the 2nd minute. Collecting a flick from a team mate Rob Briggs had just a little too much time and space inside the Thistle box and his well struck effort beat Scott Fox to his right.
The heat was a factor for both sets of players and in the 27th minute the referee, during a break for treatment to a Gateshead player, rather sensibly allowed both teams to take a prolonged breather to get a drink.
It wasn’t perhaps any great surprise then that for long spells of the game there was little action in front of either goal.
James Craigen did threaten a goal for Thistle in the 13th minute. His own enterprising play at the left corner of the Gateshead box gave him a shooting opportunity but there was no great pace in his shot and the keeper was able to save with some comfort.
At the other end Scott Fox had to make a sharp save low to his right in the 19th minute to keep the score at 1-0 while Thistle’s best move of a largely forgettable first half was halted when the flag for offside went up against the trialist striker.
The goal though that gave Gateshead a two goal advantage just five minutes before the break was a strike of the highest quality and not entirely in keeping with the rest of the action. James Marwood’s shot from fully 30 yards out swerved to beat Scott Fox who could only stand and watch the ball fly past him and into the back of the net.
Thistle made a whole host of changes at the interval and at one point during the course of the second half they had no fewer than four trialists on the pitch.
It was understandable then that with Gateshead also making a large number of changes that there was little rhythm to the match.
Thistle were seen a little more as an attacking force during the second 45 minutes. Twice John Baird tried to flick corners from one of the trialists into the net and Aaron Muirhead and another trialist both saw shots blocked by defenders after a corner had only been partially cleared.
There were signs too that John Baird and Kris Doolan may link up well. After 72 minutes Doolan was able to set Baird up and he in turn saw his shot saved by the Gateshead goalkeeper.
It was Baird too that pulled a goal back for Thistle with ten minutes of the game remaining. It was a bit of a gift for the summer signing. He was able to collect a misdirected pass back and when left with just the keeper to beat he calmly rolled the ball wide of him and into the net.
There was little time left for Thistle to grab an equaliser with Christie Elliott sending the ball over the bar in the only half chance that came Thistle’s way in the time that remained.
The referee blew his whistle for full-time almost a full minute early but on a hot day few in the crowd of 602 were complaining too much about that.
Team first half: Fox, O’Donnell, Sinclair, Murray, Muirhead, Balatoni, Wilson, Craigen, Trialist, Forbes, McGuigan.
Team second half: Fox, O’Donnell, McMillan, Muirhead, Balatoni (Trialist), Trialist, Trialist, Trialist, Elliott, Baird, Doolan.

Although the result itself means nothing it was still a disappointed Alan Archibald that [link:HOME] spoke to after yesterday’s 2-1 defeat to Gateshead.
“I’m disappointed that we lost because it was in front of the fans and I’m disappointed with the goals that we lost. They were really poor goals to lose. They were really basic goals to lose. We weren’t concentrating too much on the result though; it was more about getting the players fit.”
Conditions were far from ideal as the manager explains.
“It was very warm out there and the players worked hard. We didn’t realise either that the pitch would be as bad as it was; it’s nothing like the surface that we train on. That’s really the reason we treated it almost as two separate games of 45 minutes and went with virtually two different teams.”
A few sat out yesterday’s game and Alan was able to give us an update on that.
“Steven Lawless picked up a knock during training, Stuart Bannigan picked up an injury against Airdrie in a closed door game and Sean Welsh is still struggling. Stuart’s swelling has gone down and he’ll hopefully be back involved by the end of the week although he won’t be involved against Annan with the game being on astro.”
Our next game, away to Annan Athletic on Tuesday night, is also on an artificial pitch and that brings its’ own set of problems.
Said Alan;
“It totally changes who you are going to play and when you are going to play them and what you are going to do with players especially when the pitch has a heat like that in it. We worried too about injuries; we’ve three already and we don’t want any more. It definitely hinders your thoughts on how you are going to play.”
In total five trialists played part of Saturday’s game and again the manager was able to provide us with an update on that situation.
“They’ve done well all week. They struggled a bit today just because of the fact that we were fitting in different players in different positions and it is a struggle getting to know players, but that is just part and parcel of football. They did really well in training and we’ll be seeing them again pre-season and we’ll sort things out from there. If they aren’t good enough we’ll move them on and if they are good enough we’ll try and keep them.”
Despite the week ending in a defeat the manager feels that the week away was more than a useful exercise.
“It been fantastic. The facilities down here have been great. The players have worked hard all week and I think they were a bit leggy today and that was a result of how hard they’ve worked this week. They’ve done double sessions every day this week and even trained on the day we had a game. It’s been a good week’s work.”
After a couple of weeks’ of really hard graft the emphasis in training will shift a little now.
“With more games coming up we’ll tailor our training sessions to that. They’ve done a lot of hard work so now we will concentrate on sharper sessions. You could see from the game today that we need to work on the players’ sharpness. We’re now on the countdown to the start of the season, which is four weeks away now, and we’re looking forward to that. We’ll start tailoring what we do to that and start working on the shape and how we want to play.”