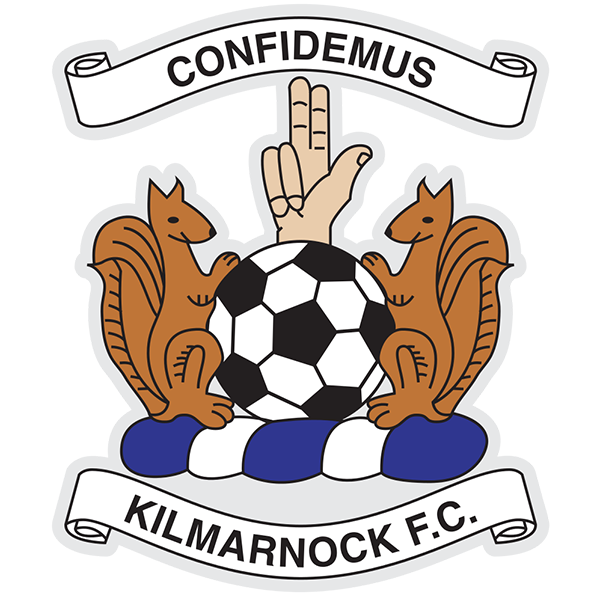 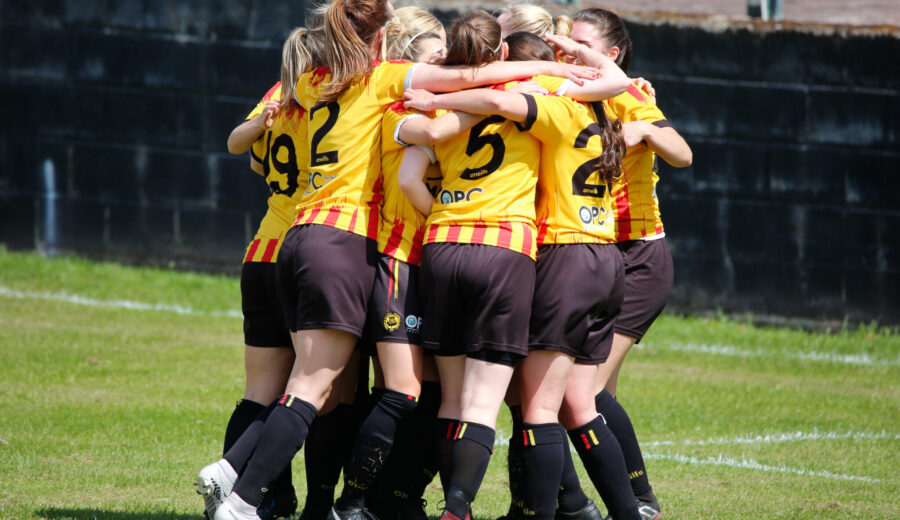 Thistle made it three wins from three since the return to action with a thoroughly merited 2-0 win over Kilmarnock in a match laced with controversy. That victory, coupled with Hamilton’s loss to St Johnstone, allowed Thistle to climb into the second available promotion slot in what is proving to be an ultra tight SWPL2 league table.

Brian Graham’s team selection showed just one change from the side that defeated St Johnstone midweek with Jade Gallon missing out and Teigan McCann earning a start.

On a hot day and on a fiery pitch the opening exchanges of this match were scrappy in nature and there was a real stop, start feel to it with neither side able to find much in the way of rhythm and fluency. It was Thistle though that were having the better of things, albeit without carrying too much of a threat in front of goal.

An early McCulloch effort didn’t go too far over the bar but it wasn’t until the 22nd minute that Thistle created another meaningful opportunity, but when they did it produced the game’s opening goal.

Freya MacDonald’s long throw from the right was helped on, firstly by Docherty and then McBrearty, to Eleanor Smith who tucked the ball home from 6 yards out. A well crafted, and well taken goal.

Thistle took confidence from that goal and looked to press home the advantage that the goal had given them. There was nearly a second goal just four minutes after the opener but neither Docherty nor McCulloch were able to force the ball home from close range.

A McBrearty shot drifted wide of goal and after 33 minutes Docherty was very nearly able to take advantage of an error in the Kilmarnock defence but McGregor was able to save bravely at her feet with Docherty somewhat harshly collecting a yellow card for her efforts in trying to force the ball home.

When the half-time whistle sounded after a full five minutes of injury time it was Smith’s goal that separated the two teams.

Thistle made a positive start to the second half and just four minutes after the restart an excellent run down the right from Docherty stretched the Kilmarnock defence to the full. Docherty was forced into playing the ball back to McBrearty who strode forward before sending a shot over the crossbar.

Ten minutes into the second half and the game took a potentially dramatic turn in Kilmarnock’s favour when Freya MacDonald’s challenge on O’Brien was somehow deemed worth of receiving a red card. The reaction of both benches telling its own story.

For a very brief period that controversial decision did have a visible impact on Thistle and Rigden was required to make a timely clearance from close to her own goal line soon after Thstle had been reduced to ten, but The Jags very quickly regrouped, changed shape a little with Kim Murphy replacing Cheryl Rigden, and took to the task at hand with renewed vigour and determination.

After 68 minutes Thistle were rewarded for those efforts with a second goal.

Thistle have scored some excellent goals across this campaign and this was another to add to the collection. Clare Docherty collected the ball just outside the Thistle penalty box and drove forward with the ball before slipping a pass to the trialist, who had just come on as a substitute. Docherty continued her run forward and after receiving a return pass from the trialist took the ball forward for a few yards before finding he net with a confident low drive.

Now two goals to the good Thistle were making light of their numerical disadvantage. Captain Colette Fleming tested the Killie keeper at her near post with a fierce drive before, with 6 minutes remaining, the same player again forced McGregor into a save. This time the Killie keeper wasn’t able to hold the ball and it looked as if the ball may have dropped over the line but neither the referee nor his assistant signalled a goal.

Two minutes later the numbers were again even when Kilmarnock’s Swanson received a second yellow card for throwing the ball at Eleanor Smith and became the second player to receive a red card.

This was yet another real collective effort from all 14 players that were involved in the game without a single Thistle failure with a number of real stand out performances including Fleming, who took nasty blow to the face early in the first half, Docherty, Bulloch and McBrearty.  In truth though every Thistle player should be proud of their contribution to what could prove to a hugely significant three points,