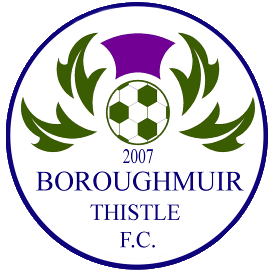 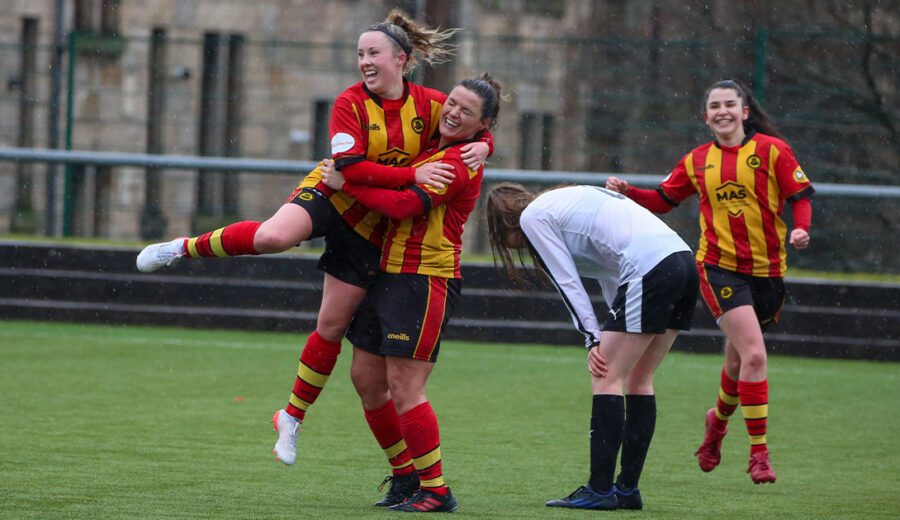 There has been no shortage of drama in Thistle’s Scottish Cup campaign this season. It took penalties to see off Motherwell in the last round and it came perilously close to penalties again before Thistle could see off the not inconsiderable challenge of Boroughmuir Thistle.

The tone for this game was set early with the SWPL2 side quickly on the front foot forcing a number of uncharacterised errors from the Thistle defence with McAvoy slicing a shot wide in the 5th minute after McCulloch had been caught in possession inside her own penalty box.

Boroughmuir were closer still to an opening goal after 15 minutes when Wilkinson’s free kick came off the Thistle crossbar. Duncan was able to bundle the rebound over the line but the flag went up for offside halting Boroughmuir celebrations. There was still a blow for Thistle, however, as goalkeeper McGregor was injured in trying to deny Duncan her chance and after lengthy treatment was replaced by Grant.

Whether this early change further unsettled a Thistle side that was already looking a little out of sorts is open to debate but what was without debatae is that it was the visitors that were having the better of things, and they came close again when Anderson scooped a shot over the crossbar.

It took Thistle until the 29th minute to truly threaten the Boroughmuir goal and when they did so they were unfortunate not to take the lead.

Taylor lifted a pass over the Boroughmuir defence for Docherty who after taking a touch with her head saw her shot saved by Moodie who had been sharp off her line to block.

McBrearty dragged a shot wide as Thistle tried to gain some kind of ascendancy and were desperately unlucky not to score when in first half injury time Moodie did well to touch a long range effort from Slater over the bar.

Slack midfield play provided Boroughmuir with the first opportunity of the second half as Duncan was able to get clear albeit with half-time substitute McGlashan, making a welcome return from injury, in hot pursuit. McGlashan’s presence was just enough to delay Duncan’s shot allowing Grant to make an important save with her legs.

The game’s opening goal finally arrived in the 63rd minute. Slater’s lofted pass was collected by Taylor who was unceremoniously pulled down by Moodie for as obvious a penalty as you are likely to see. Cara McBreaty was entrusted with the spot kick and she slammed it with her trusted left foot low past Moodie who had guessed the right way but had little chance of saving.

If Thistle thought that that goal was settle things and allow them to progress safely through to the next round they were in for a rude surprise with a not undeserved Boroughmuir equaliser arriving with 14 minutes remaining.

A Wilkinson free kick from wide on the right came off the face of the crossbar and as Thistle were slow to react the loose ball was touched back to Shannon Todd and the former Thistle player tucked the ball home.

It was Thistle that came the closest to finding a winner inside the 90 minutes when Moodie produced a good stop to her right to parry away a Taylor free kick.

The better of the extra-time opportunities it has to be said came the way of Boroughmuir.

MacLeod nearly managed to squeeze the ball home from a tight angle and hearts were in Thistle mouths when Duncan robbed Grant of possession of the ball but could only watch as the ball trickled wide of goal.

Penalties were starting looking all but inevitable when Thistle managed to conjure up a winner with 7 minutes remaining.

Falconer did well to work the ball out wide to McCann on the right, and when Moodie was unable to get hold of McCann’s cross Rebecca McGowan showed quick footwork to find space of a shot and was able to clip the ball into the net and send Thistle through to the last eight.