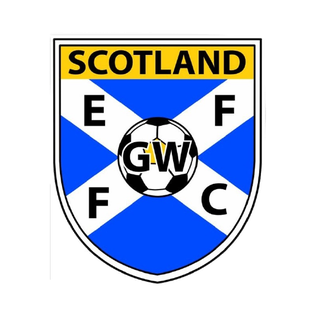 Entry for this friendly fixture is by donation. We’ll be collecting donations at the main entrance to Petershill Park and spectators are encouraged to give what they can with funds going towards the team.

There will be no livestream of this fixture. There will however be live match updates during the game on social media as well as highlights and reaction after the game. 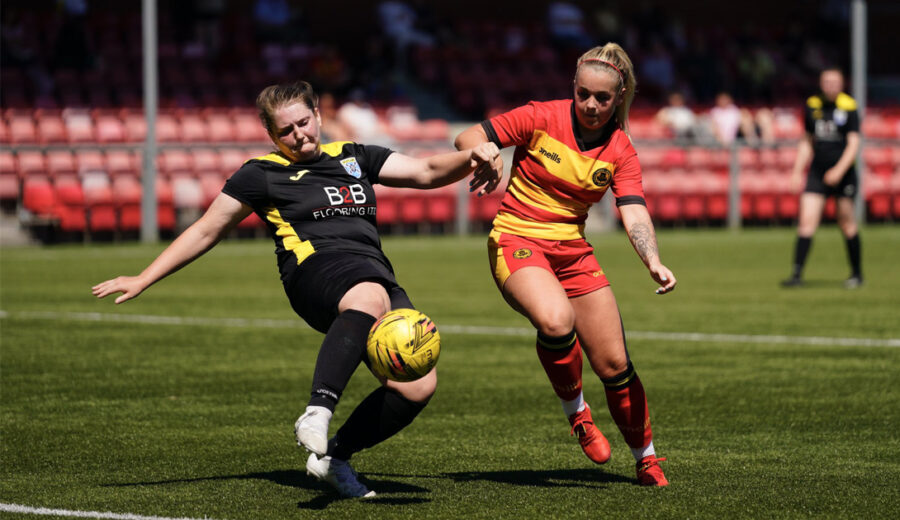 After a number of weeks of triple training sessions, Thistle’s pre-season build-up stepped up a notch with the first pre-season friendly with a visit to Petershill Park of SWPL2 newcomers East Fife.

On an all too rare scorching hot Petershill afternoon this first 90 minutes of action proved to be something of a stroll for a Thistle side that included new signings Beth McKay, Kaitlyn Canavan, Jordan McLintock and Cara Henderson in the starting eleven.

There was some understandable rustiness on display, especially in the game’s opening quarter, but the outcome of the match was never in doubt with Thistle nudging themselves in front inside the first few minutes of the game when Amy Bulloch’s free kick from wide on the left was diverted past her own goalkeeper by an unfortunate East Fife defender.

Almost the entirety of the game was being played inside the East Fife half, but it took Thistle until the 23rd minute to double their lead. Summer signing from Glasgow Women Kaitlyn Canavan was able to steer the ball into the bottom corner of the net from outside the East Fife box.

Just a further four minutes would pass before Canavan was able to grab her second goal of the afternoon, and Thistle’s third, when she was on hand to slam the ball home after the East Fife keeper had been unable to cleanly claim Beth Mckay’s cross from the Thistle left.

A fourth Thistle goal arrived after 35 minutes and it was another summer acquisition from Glasgow Women, Cara Henderson, that found the net. Henderson showed neat footwork inside the box before firing high into the net.

There was still time for Thistle to score a fifth goal before the interval.

It was the turn of another summer signing, Jordan McLintock, to get on the scoresheet when she finished off a crisp, incisive Thistle passing move with a sharp finish from the right-hand corner of the box.

That concluded the first half scoring but Thistle could have had further first half goals. Rebecca McGowan saw a shot smack off the crossbar and Canavan passed up an excellent opportunity to complete a first half hat-trick.

After the expected wholesale half-time changes, it took Thistle just 8 second half minutes to further extend their already substantial lead. Another sharp passing move opened up the East Fife defence with Henderson sending a shot high past the keeper’s right to notch her second goal of the afternoon.

Taylor Hamill netted the Thistle’s seventh goal of the afternoon after 66 minutes when she sent a spectacular effort into the back of the net after she had intercepted a throw from the East Fife goalkeeper.

Although the direction of this game was almost exclusively in one direction at no time did East Fife throw in the towel or stopped trying to play constructive football. One save from the visiting custodian, low to her left, to deny Dionne Brown a well-deserved goal drew warm applause from the watching crowd.

Brown was unlucky on several occasions not to get on the score sheet and Henderson missed a great chance with a header at the back post to complete a hat-trick and for a while it did look as if they game would finish at 7-0 but there was an eighth Thistle goal right at the death.

The scoring started with an own goal and so it would finish with an own goal with a cross from the right-hand side from one of the trialists on show being knocked into the net by an East Fife defender.