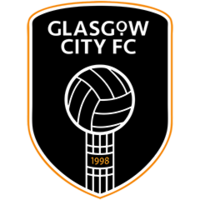 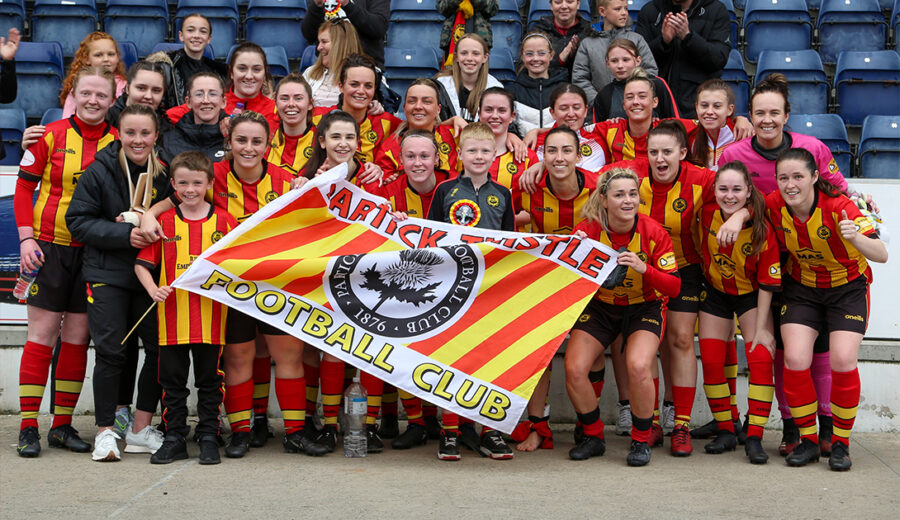 Thistle’s Biffa Scottish Women’s Cup run may have ended at the semi-final stage but their run to the last four, as indeed was their performance in the semi-final, was something to take real pride in.

Thistle received a blow prior to this game with Rebecca McGowan ruled out through injury but they took the game to their more fancied opponents right from the kick-off. A Rachel Donaldson cross was scrambled clear, and Clare Docherty unsuccessfully looked for a free kick at the edge of the City box as a challenge came.

In an open game a Chinchilla shot sailed over Lauren McGregor’s crossbar before City took a 9th minute lead in somewhat fortuitous circumstances. A corner from the right-hand side seemed to come off the back of Preya and into the net.

Within just two minutes, however, Thistle were level. The second of two Cara McBrearty corners found Cheryl McCulloch and she powered a header past Alexander.

It was again a corner that led to Thistle’s undoing although McGregor had sound claims to having been fouled as the corner came over. No free kick though was forthcoming and although McGregor was able to make an initial stop as the ball broke loose it fell neatly into the path of Davidson who slammed the ball home.

If City thought that in having regained their early lead that they were home and dry in this cup tie they were in for a surprise as Thistle refused to lie down and continued to force City onto the back foot when the opportunity arose to do so.

A long range McBrearty effort drew a comfortable save from Alexander and when a free kick fell to her at the right-hand corner of the box, a Donaldson snapshot went narrowly wide of Alexander’s left-hand post.

At the other end, McGregor saved a Shine shot and with half-time nearly made an excellent save at her front post as Chinchilla weaved her way deep into the Thistle box.

City were first to threaten after the break when a Preya header from a corner just cleared the crossbar.

Approaching the hour mark there were appeals for a Thistle penalty as Docherty tried to get on the end a Linzi Taylor pass, but the challenged looked as well timed as it was required.

Thistle remained firmly in this cup-tie until with Thistle chasing an equaliser and chance to take the game to extra-time, City grabbed a third goal with 12 minutes remaining to all but secure their place in the Final. Fulutudiu was able to get beyond Kim Murphy and her cross was tucked home by Chinchilla.

Thistle though continued to fight right to the finish and Donaldson tried to pull Thistle back into the tie with a shot from distance that didn’t quite have enough curl on it to unduly trouble the Glasgow City keeper.