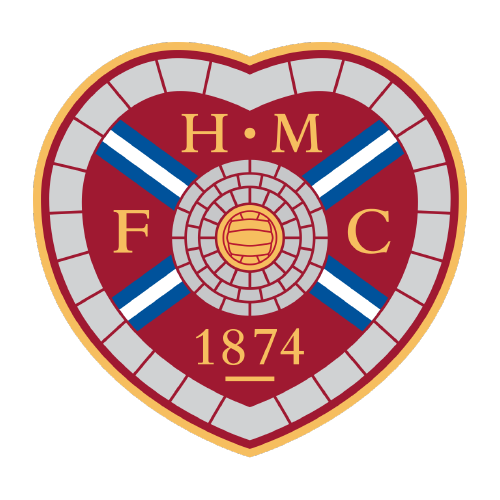 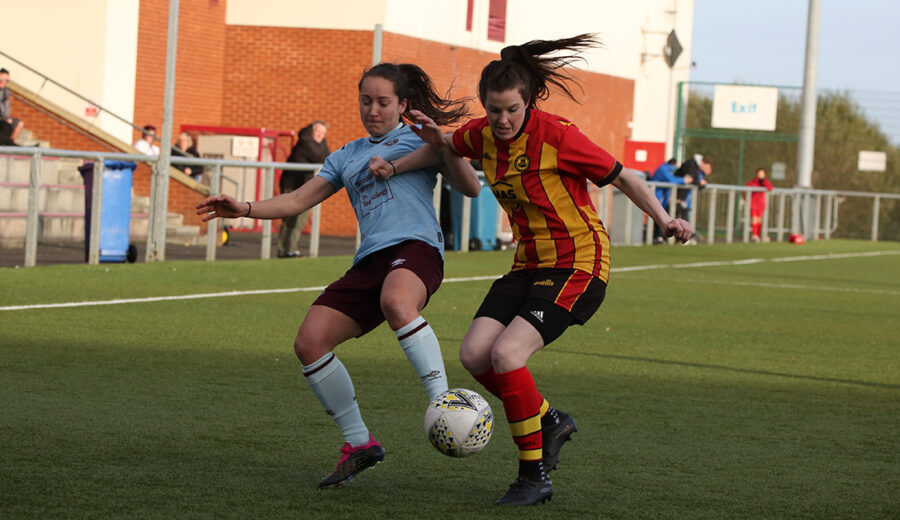 It was an afternoon of bitter disappointment for Thistle as the loss of two late goals meant a 3-2 defeat at the hands of Hearts at a blustery Petershill Park.

The overhead conditions weren’t going to help this game as a spectacle any and there was little action in front of either goal in the opening exchanges although Falconer side footed a flicked on McBrearty free kick wide of goal after 9 minutes.

Three minutes later and Hearts had the lead.

The ball was worked out wide to Begg on the right and her looping cross dropped over the head of McGregor and into the net.

A series of Bulloch’s corners in quick succession had the Hearts goal under pressure as Thistle tried to find an equaliser. The third of those corners just escaping the reach of McCulloch at the back post.

The visitors from Edinburgh were close to a second goal after 24 minutes when Hunter was able to beat McGregor to an Anderson free kick but her effort went wide of target.
That was an important break for Thistle as just two minutes later they were back on level terms.

Bulloch lifted a ball deep into the Hearts box and Rebecca McGowan won a tussle for the ball with the Hearts keeper Parker-Smith and was able to roll the ball into the empty net.

Cowan tested McGregor was a low shot that the Thistle keeper saved well but it was Thistle that were closest to taking a half-time lead.

A Parker-Smith clearance fell to the feet of McBrearty and her first time shot looked initially to be flying into the net only for it to hit the side netting.

Thistle started the second half in a positive fashion and a McGowan volley after a Bulloch free kick had been cleared to the edge of the box wasn’t too far wide.

Thistle though were grateful for the timely intervention of Slater who cleared an Anderson effort from close to the Thistle goal line after 52 minutes.

It was Thistle that was dominating the game at this point and a Smith header from a McBrearty cross was saved by Parker-Smith before, with 16 minutes remaining, Thistle took the lead.

On as a sub, and relieved from her duties as stand-in goalkeeper, Danica Dalziel had only been on the pitch for 4 minutes when her right foot shot from 25 yards out eluded the grasp of the Hearts keeper.

For the third time this season Thistle had turned a home deficit into a winning position but there was to be no happy ending on this occasion.

There was no doubting the quality of the Hearts equaliser though. McAneny’s free kick from the right edge of the Thistle box was destined for one place only, the back of the Thistle net, from the moment it left her foot.

It took an excellent one handed save from McGregor to deny Birse to keep the score at 2-2 with five minutes remaining it was but a temporary reprieve for Thistle.

From the corner that followed the ball landed at the feet of Delworth who took a touch before sending an unstoppable shot high past McGregor and into the back of the net as a game that Thistle had been in control of was turned completely on its head.