Palmerston Park
Queen of the South

The allocation of 860 tickets for the BDS Digital Stand at Palmerston have now completely sold out.

The number of tickets still available from the initial terracing allocation of 350 that were sent to the Energy Check Stadium at Firhill are also extremely limited, although there will be a cash gate available on Saturday. The terrace has a capacity for Thistle fans of around 1500.

Unfortunately the Club cannot exchange tickets already purchased for the BDS Digital slStand for tickets in the Terregles Street Terracing.

The Firhill Executive Offices will be open until 5pm on Friday 3rd May to sell tickets and allow for collections. There will be a cash gate for the Terregles Street terracing on matchday.

The City Centre bus for this fixture is now FULL.

The John Lambie Jordanhill Bus for this fixture is now FULL.

The North-West Bus for this fixture is now FULL. 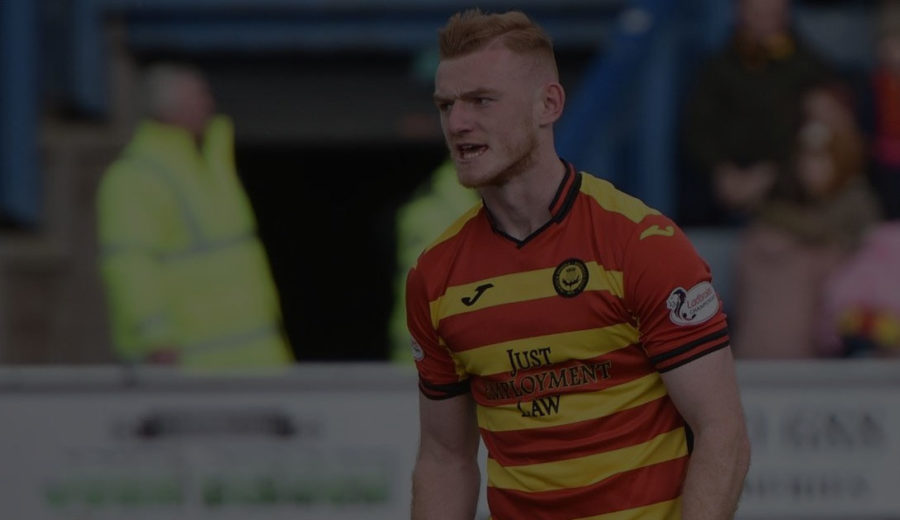 The battle for Championship survival has gone down to the final day of the regular season for Partick Thistle as they seek to avoid a ninth place finish when they take on Queen of the South this Saturday.

Falkirk’s defeat by Dundee United last weekend means the Jags can’t be automatically relegated. However, should Alloa beat Ayr and Thistle lose to Queens then they would end up in the play-offs, facing four games to retain their second tier status.

The Maryhill Men haven’t faced Queen of the South since January when the Jags came away with a 2-1 win, although Gary Naismith’s side won the only previous meeting between the teams in Dumfries this term. Jags boss, Gary Caldwell, spoke to ptfc.co.uk ahead of the vital game:

“We’re feeling positive going into the game. Our destiny is still in our hands and that’s the position you want to be in. There was obviously disappointment last weekend because we weren’t able to settle things against Ayr but we’ve looked over that match and feel like we’re well prepared for a big game on Saturday.”

The gaffer stressed the importance of getting the job done at Palmerston Park in two days’ time so that the Jags aren’t relying on results elsewhere to secure their place in next season’s Championship.

“Other games might go our way or they might not, as we’ve seen at various points of the season, but none of that matters if we go out there and do the business against Queen of the South. It’s down to us to go and perform and if we can get the win then that would be a good way to end a difficult campaign.”

There’s been a lot of chat regarding WhatsApp messages this week on social media but Gary Caldwell was keen to highlight what he learned from the exercise.

“It was about asking the players who they trusted in the squad to be out there on the pitch in those pressure situations. We wanted to find out a bit more about how the players were feeling, without the pressure of their teammates seeing what they wrote.

“It’s unfortunate that it was shared outwith our message group; that wasn’t the intention. It was a trust exercise and quickly we found out that there was someone in the group that we couldn’t trust, however, those who completed the task did it well and we learned some things from it that we think will be useful going forward.”

Gary then moved on to give us some team news for the weekend’s game.

“Scott McDonald trained fully on Tuesday and followed all the head injury protocols with our medical team so he’ll be back in contention. Tam O’Ware trained well on Tuesday too but he’s not quite ready to come back into the squad.

“Tam has worked extremely hard since I’ve been here to get back from his injury but he’s also been a massive help off the pitch in so many different ways which has made him a big part of the set up even as an injured player.”

Finally, with nearly 1000 tickets bought by Thistle fans already, Caldwell wanted to give a message to the travelling Jags support who will make the trip to Dumfries this weekend.

“The players really appreciate the support the fans give so we hope to see as many Jags as possible at Palmerston this week.

“It’s especially prominent at away games like the Alloa game in February or at Somerset Park last week when it stops the game from really feeling like an away match because there are so many of our fans there. It motivates the guys, particularly in the latter stages of games.

“Last week was frustrating for everyone and we understand the fans’ disappointment with the performance because it wasn’t good enough. We’re completely focused on securing our survival this weekend and we hope to see as many fans as possible there to help us over the line.”

A more detailed discussion with Thistle manager, Gary Caldwell, as well as preview interviews with Stuart Bannigan and Sean McGinty are available to Jagzone subscribers – log in now to see them.

Jagzone members will also be able to watch extended highlights and a full match replay of the game.

Bannigan is booked for his celebration with the fans.

Stuart Bannigan steps up and puts the keeper the wrong way!

Scott McDonald is brought down in the box

What a save from Jamie Sneddon! A ball from the right is headed goalwards by Dykes and Sneddon pulls off a teriffic one handed save.

Blair Spittal absolutly smashes one off the bar from 35 yards. What a goal that would have been.

Spittal puts a ball across from the right, the ball takes a bounce off a queens player and hits off McDonald and into the net.

A Mansell shot is deflected but the keeper manages to change directions in time to get down and save.

Mansell uses his strength well to advance but his shot is straight at Leighfield.

A Spittal cross finds Lewis Mansell, his first effort is saved but he gathers and fires into the roof of the net.

An early chance for Thistle, Mansell nods on to Mcdonald who slips it to Elliott but his ball back to Mansell is cut out.

With Partick Thistle’s status as a Championship side still not secure with one game to go, it all came down to today’s clash with fellow strugglers Queen of the South at Palmerston Park.

The Jags and Doonhamers did battle aiming to avoid a dangerous ninth place finish. Thankfully for those in red and yellow, they were able to pick up a 3-0 win in Dumfries with the backing of more than 1500 travelling Thistle fans.

Lewis Mansell opened the scoring early on with his first goal as a Jag before Scott McDonald made it two rather fortuitously. Then, finally and fittingly, Thistle skipper, Stuart Bannigan scored from the spot to make it three after McDonald had been fouled in the box.

All in all, it made for an enjoyable afternoon at the end of a tough season and Jags boss, Gary Caldwell spoke to ptfc.co.uk after the game’s end:

“I thought we were excellent today in such a high-pressure game. We controlled things overall and were very composed while also taking the game to Queen of the South right from the first minute. I don’t think there was ever much doubt over which way the result was going and the boys deserve a lot of credit for stepping up to the plate on a big afternoon.”

The gaffer was particularly pleased with the way his side responded following a poor showing last weekend against Ayr United.

“We’ve been under a lot of pressure every week for a while now because of the position we put ourselves in earlier in the season but recently, whenever we have been knocked down, we’ve got straight back up again and this is just another example of that.

“The boys have shown great bravery in recent weeks and it’s in moments like these that you really grow as a player and as a person. You learn things about yourself and your teammates in these crunch games and hopefully we’ve come out the other side of this season having learned from it.”

While Caldwell was obviously pleased to confirm Thistle’s Championship survival, he knows that this season hasn’t been good enough and that the Jags need to be fighting at the right end of the table next term.

“There isn’t joy in that dressing room, I wouldn’t say. There’s relief, of course, because for a while now we’ve had to make survival our main goal and we’ve got there today. But everyone knows that it’s not been good enough over the season and that we need to do better going forward.

“This Club is a Premiership Club and as manager of this Club my goal is to get us back to that level. Since January there’s been improvement and there is a togetherness about this group but we have to continue to improve and carry that into next season.”

Gary also had a word for the fans who travelled in huge numbers to Dumfries and gave impeccable support throughout the 90 minutes at Palmerston.

“They were incredible once again. Their support has been huge in my time at the Club. I know that it’s not easy when the team is losing games and they had every right to be frustrated but they kept coming along and giving their support which meant a lot to the team.

“That goes even more so for away fans because it can be very expensive travelling to each game so to keep coming through the good spells and the bad is admirable and we’re very thankful to them. Hopefully, they continue coming next year and we can give them a team to really be proud of.”

A more in depth video interview with Gary Caldwell is available now to Jagzone subscribers as well as reaction from Lewis Mansell and Scott McDonald – log in now to see them.