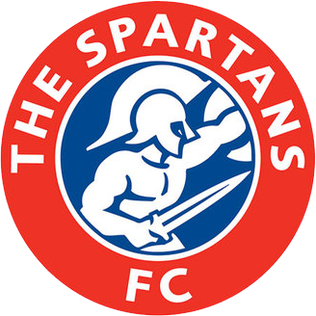 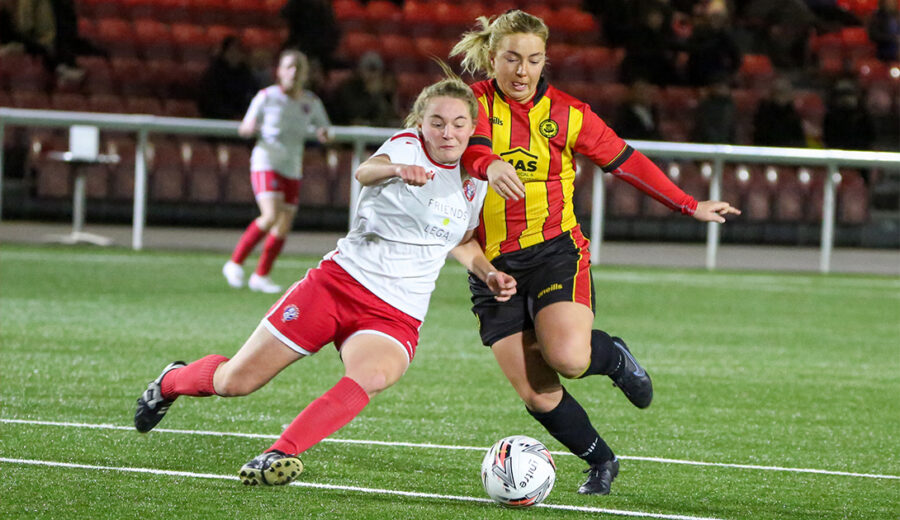 A battling performance saw Thistle return from Edinburgh with a point at the end of a goalless draw with Spartans, Thistle’s first point on the road this season.

After having upwards of a dozen players unavailable for the SWPL Cup clash with Glasgow City at the weekend, manager Brian Graham was in the welcome position of being able to welcome a number of players back including goalkeeper Lauren McGregor.

There was no gentle introduction to the action either for McGregor as she was called into action as early as the 6th minute when she was required to save a long range Douglas shot.

Four minutes later she was in action again, this time getting a strong hand to a Mason cross to push the ball away from the Thistle goal.

It was the home side that did the bulk of the early pressing with Ryan drilling a low cross across the face of the Thistle goal and McQuilln trying to curl a shot past McGregor from the edge of the box.

Gradually though Thistle began to assert themselves on proceedings and of the two sides they probably had the better of the chances in the opening 45 minutes.

After 28 minutes Clare Docherty forced Harrison into a good save at her front post and 8 minutes later a deep Demi Falconer free-kick found Cheryl McCulloch who couldn’t quite direct her header away from Harrison.

There was a chance too for Eleanor Smith but she didn’t quite catch her shot cleanly and Harrison was able to save.

Thistle had the first chance of the second half too with Amy Bulloch sending a shot over the bar and Harrison made another good stop to deny substitute Cheryl Rigden.

As the game went deep into its final quarter the home side increasingly looked the more likely to break deadlock although to be fair McGregor didn’t have too many direct saves to make although a series of late corners did have her goal under severe pressure at times and a Clelland cross rolled right across a vacant Thistle goal but no home player was on hand to tap home.

McGregor though did have to save bravely at the feet of Mason and got enough of a touch to a dipping Smart shot to get it onto the crossbar.