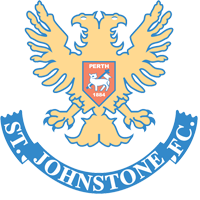 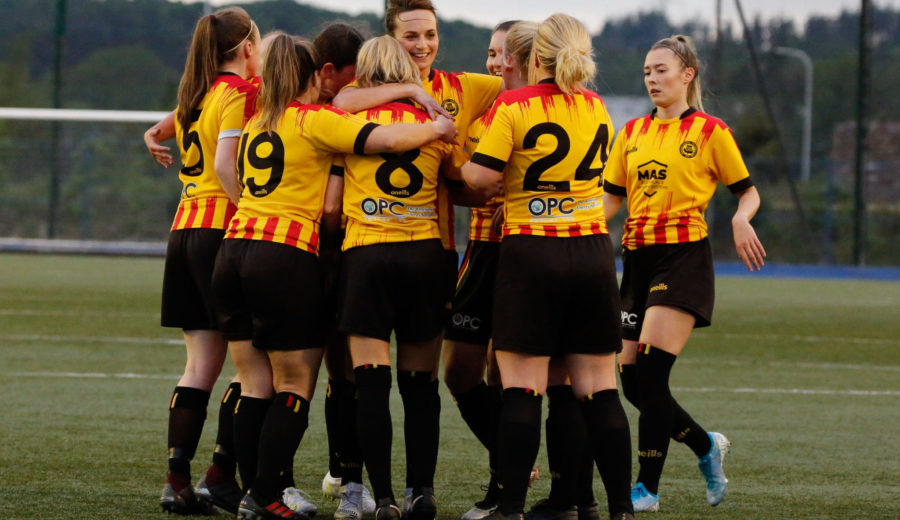 That one change in personnel though did result in a slight change of shape to the Thistle side with a shift from three to four at the back. In truth though this was a very fluid Thistle performance especially during the opening 45 minutes where at times they were simply too good for the home side.

Thistle made a dream start to the game and were in front inside four minutes. The finish that Clare Docherty was left with after she was able to take advantage of an error in the St Johnstone defence was as simple a one as any player would like to be presented with but it was a reward for continually pressing defenders in the hope of receiving such a gift.

No Thistle win ever seems to come entirely smoothly and the lead that Docherty’s goal provided was a short lived one with home side back on level terms just three minutes after falling behind.

The first of two corners were cleared but the second found the head of Henderson who nodded the home side level.

There was no let up in the action in front of goal and Thistle were back in front after 12 minutes. McBrearty’s fantastic delivery from a free kick on the left hand side found Cheryl McCulloch at the far post and she headed her second Thistle goal in two games since joining the club.

There was a real confidence to Thistle’s play at this stage and a surging run down the right from Docherty nearly produced the chance of a third goal but she was unable to find McBrearty to her right who had made a tremendous run in support.

A third Thistle goal, however, did arrive after 33 minutes and Jade Gallon was able to mark her return to the side in fine goal scoring style. The ball broker to her at the right hand corner of the St Johnstone penalty box and she drilled a low shot into the bottom left hand corner of the net.

There was to be no further scoring after the restart as Thistle produced a thoroughly professional second half display during which they rarely, if ever, looked like losing a goal and handing St Johnstone a route back into the match.

Thistle weren’t without chances of notching a fourth goal though. Docherty was denied a second goal by a smart save by Cameron in the St Johnstone goal seconds after Thistle had strong appeals for a penalty for a foul on Gallon.

Substitute Teigan McCann proved to be a handful for the St Johnstone defence and she was able to get clear of the last defender in the 69 th minute but couldn’t get enough power behind her shot to beat the goalkeeper.

Sophie Gallacher, another second half substitution, too never gave the St Johnstone defence a moment’s peace and with the game in the 4 th of what proved to be 7 minutes of injury time she advanced into the box but her shot was deflected taking all the pace off it.

Like Sunday’s win over Boroughmuir this was a good all round team performance with no failures but special mentions are given to the tireless Clare Docherty, Cara McBrearty who at times in the first half was almost unplayable and Jade Gallon who made a more than welcome return to the side.