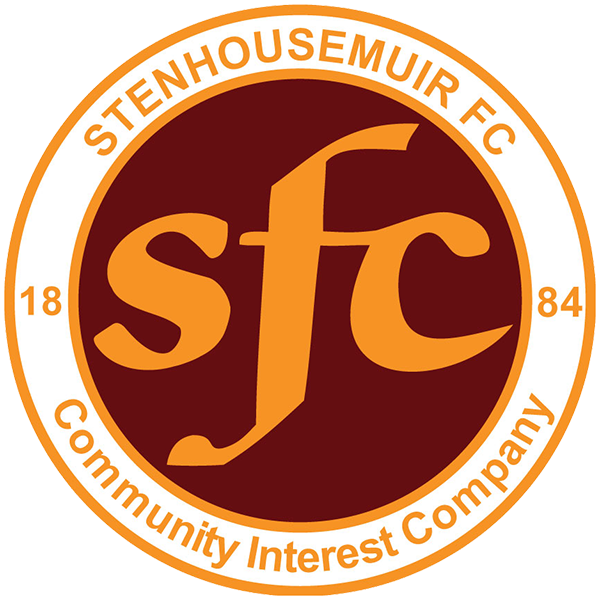 Tickets for the Norway Stand are now SOLD OUT.

A concession is classed as a person under 16, over 65 or a full time student with a valid matriculation card.

Cash gates will be in operation for Thistle fans for the West Terracing with no requirement to purchase tickets in advance. Jags fans are encouraged to arrive early to avoid busy queues

Our audio commentary service, JagZone LIVE, will be broadcasting from Ochilview this weekend as the Jags return to Tunnock’s Caramel Wafer Challenge Cup duty with a quarter-final tie against Stenhousemuir.

We haven’t faced the Warriors since July of 2018 when two early Shea Gordon goals saw us to victory in the Betfred Cup group stages. 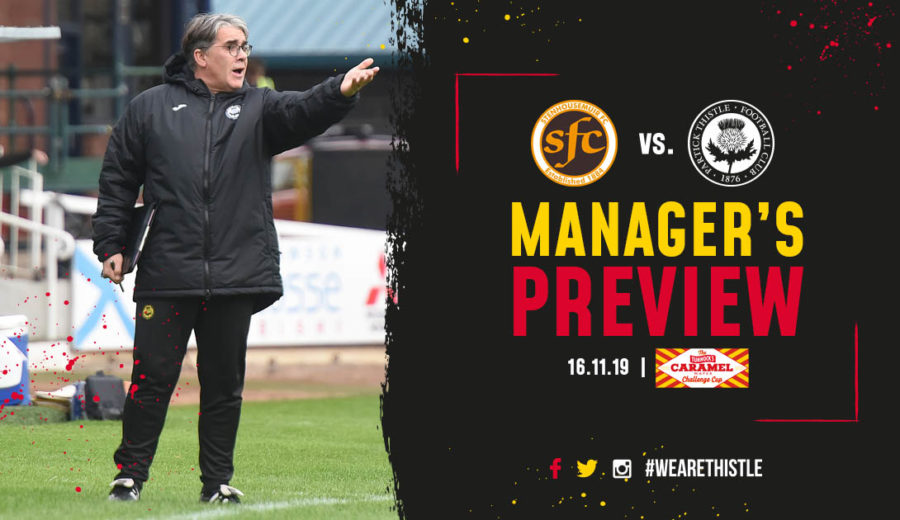 It’s back to cup action for Partick Thistle as they look to build on their league success over Morton by securing a place in the semi-finals of the Tunnock’s Caramel Wafer Challenge Cup. Stenhousemuir are the opposition as the Jags visit Ochilview for the first time since July 2018 when two Shea Gordon goals separated the sides. Now, Ian McCall takes his Thistle side to face the Warriors hoping to see them take another step towards cup glory. The gaffer spoke to ptfc.co.uk ahead of the clash, beginning by reflecting on the previous week’s win:

“It was brilliant to see the fight and determination from the boys especially considering our home league record this season. At half-time, we should have been at least two up and the game could have been out of sight but they showed spirit and endeavour to come away with a win.

“That’s not to say it wasn’t nervy and I’m sure the supporters were feeling that as much as me but to get across the line, it felt like a big moment.”

Now, McCall wants his players to carry the qualities shown against Morton into their meeting with Stenhousemuir.

“We need to keep it going and we want to encourage that positive mentality within the squad. We’ve had a couple of false dawns since I’ve been back but we now really do need to kick on, create some momentum and hopefully get ourselves into a semi-final as a result of that.”

Then Ian gave us his thoughts on our opponents, Stenhousemuir. The League One side have won three games to get to the quarter-finals, all at home, and the boss is expecting a very tough encounter against Davy Irons’ team.

“They had some good results when Davy took over but they’ve had struggles recently. We’ve watched them, have the report there and are well-prepared for the match.

“I reckon we’ll take a good crowd across and there will be an atmosphere about the game because it’s a quarter-final after all. That might give their guys a bit of a lift but, either way, it won’t be an easy game.”

McCall continued by complementing the Jags support who he feels have been excellent at home and away since he returned to the club.

“It’s a fanbase that’s been through a lot in a relatively short space of time in football terms but nevertheless they’ve been fantastic. Even at home when we’ve been struggling, they’ve tried to encourage and support us as much as possible. It’s up to us to give them stuff to shout about and hopefully at Ochilview we can give them a semi-final to look forward to.”

Finally the gaffer finished up with team news for tomorrow’s match.

“Shea Gordon, Cammy Palmer and Osman Kakay will all miss out as they are on international duty. Stuart Bannigan has a three match suspension so he’ll miss this cup tie, the Penicuik match and our league fixture against Alloa Athletic. Dario Zanatta can’t play either because he is cup tied. Apart from the long term injuries though, we are fully fit and looking forward to the game.” 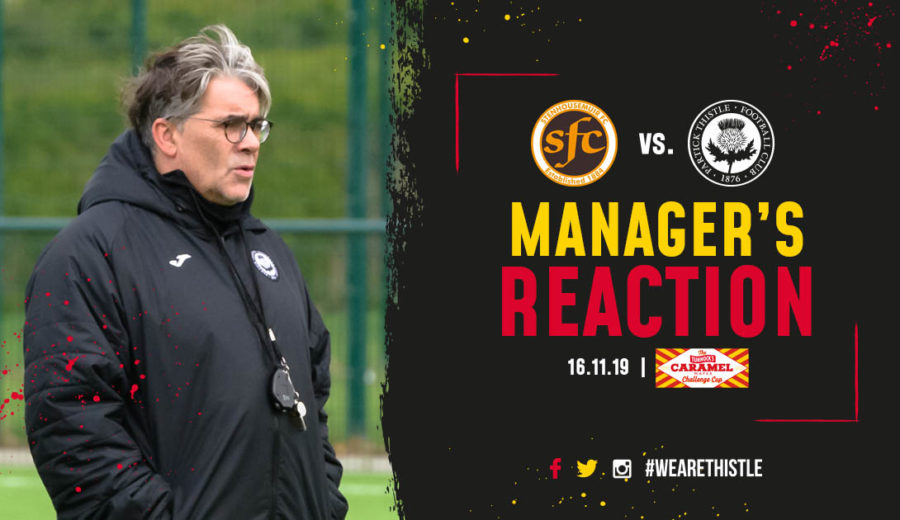 A place in the Tunnock’s Caramel Wafer Challenge Cup semi-finals was the prize for Partick Thistle as they travelled to take on Stenhousemuir this afternoon and it was a prize that they grabbed with both hands. A 4-1 triumph over the Warriors secured the Jags’ place in the final four of the cup as the Maryhill men manoeuvred their way past their lower league opposition. Reece Cole opened the scoring in the first half with his first goal in Jags colours, however, the hosts fought back and drew level in the 68th minute through David Hopkirk. That only seemed to wake Thistle up though and the visitors were back in front two minutes later as Gary Harkins fired home before Craig Slater and Kenny Miller added to the advantage. That makes it back-to-back wins for the Jags and gaffer, Ian McCall, spoke to ptfc.co.uk after full-time and he started by reflecting on the 90 minutes as a whole with his side now safely in the semi-final draw.

“It was a very tough game which is exactly what we expected but we did well to get the win. We had a few boys coming in and I don’t think any of them did themselves any harm with that.

“The key was probably Gary scoring when he did, after they’d equalised and they had their tails up a bit. It came at the perfect time to put us back in control and from then on we were the only team that looked like scoring.

“Ultimately, it was all about winning and getting into a semi-final for us so we’re delighted to win and to get four goals on the way is an added bonus.”

Ian said that he liked what he saw from his side in the first half but felt they probably should have been further ahead at the break.

“They were always going to start with energy and passion and that’s what they did but we weathered the storm pretty well and got the game under control. Then we started to create and although we did get ahead before half time I thought we should have at least one more.”

McCall spoke to the quality of Reece Cole who once again impressed having returned to the side last week in the league win over Morton.

“Reece can really play and he would have been in the team a month ago if it hadn’t been for that knock he picked up. He’s still got plenty to work on in a few different areas but he’s got an awful lot of ability and I enjoyed watching him today.”

The Jags boss then looked ahead to next Saturday as Thistle start their Scottish Cup campaign against Penicuik Athletic at the Energy Check Stadium at Firhill.

“Hopefully we can win that one to add to the momentum we have at the moment but it will be another difficult game. They beat Stenny 3-0 which tells you they have quality and we’ll have to be on our game to beat them.”

A more in depth video interview with Ian McCall is available to Jagzone subscribers now as well as reaction from Scott Fox and Tam O’Ware – log in to view.