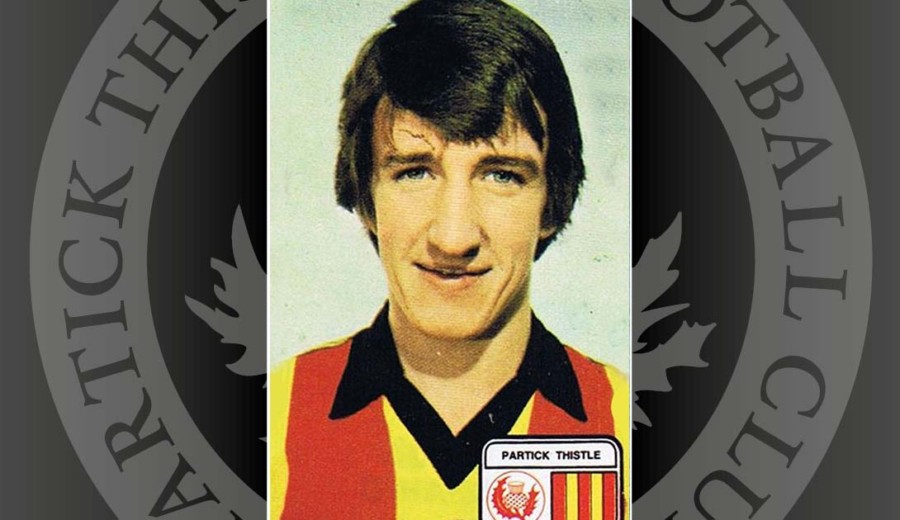 Signed for a then Thistle record fee of £25,000, Alex O’Hara became a Partick Thistle player in October 1977 when he signed from Rangers.

O’Hara wasted no time at all in making an impact at his new club. He scored the winning goal against Ayr United in his first start in a Thistle jersey and would finish his debut season at Firhill with 11 goals to his name, including a Christmas Eve hat-trick against Ayr at Firhill.

O’Hara would spend seven years as a player at Firhill and would clock up just shy of 300 appearances for the Club while helping himself to more than his fair share of goals but was his all round intelligent play rather than just his prowess in front of goal that earns him a deserved slot in the Partick Thistle Hall of Fame.