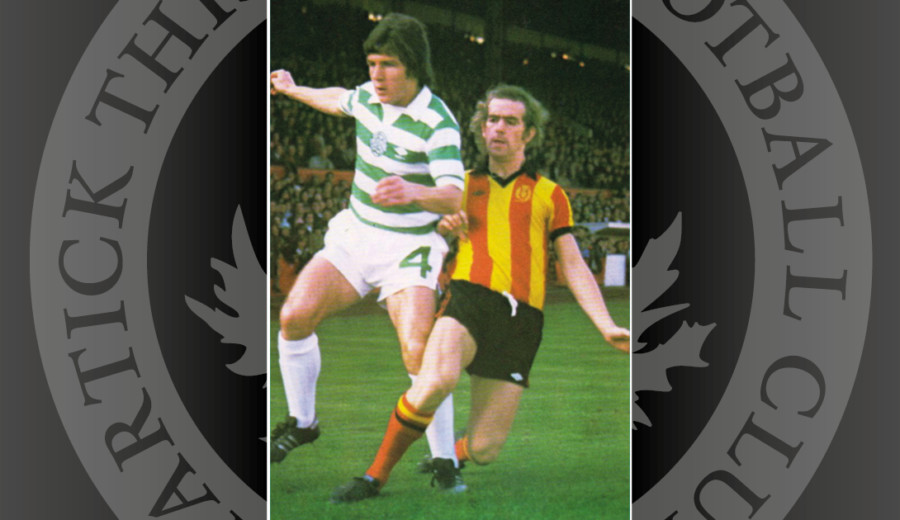 Andy joined the club as ‘S’ Form in 1968 with Thistle having to beaten a number of other clubs to secure his signature on a schoolboy contract.

A Scottish Schoolboys cap, Andy spent a spell farmed out, as many Thistle players were, to Sighthill Amateurs.

It took Andy a few seasons to truly establish himself as a member of the Thistle first team squad but by season 1974/75 he was pretty much a permanent fixture in the heart of the Thistle defence.

Thistle missed out on a place in the inaugural Premier League at the end of that season but he played a huge part in the club winning promotion the following term.

Andy spent the next six seasons as part of a Premier League Partick Thistle side with the last of his 282 first team appearances coming against Dundee United on May 15th 1982, almost 11 years after his Jags debut.