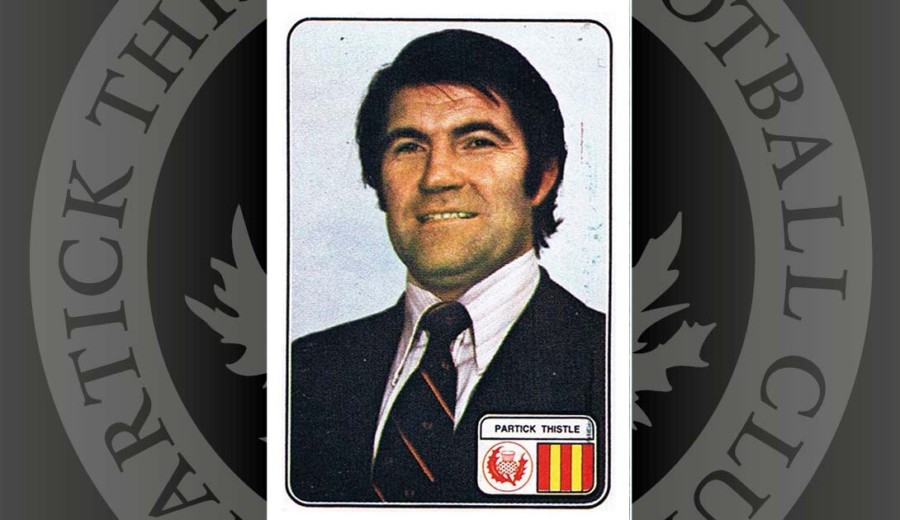 In following in the footsteps of David McParland and John Lambie, Maryhill born Bertie Auld will become the third Thistle manager to be inducted into the Partick Thistle Hall of Fame.

Auld, born just round the corner from Firhill in March 1938 and a former Thistle ballboy, was appointed Partick Thistle manager in 1974. He wasn’t able to secure Thistle a place in the inaugural Premier League at the end of his first season in charge but the following season Thistle swept all before them in winning the First Division Championship as well as reaching the semi-final of the League Cup.

Auld’s greatest achievement, however, was in helping keep a part-time Partick Thistle side in the Premier League for the next five seasons, achieving along the way some memorable wins against both halves of the old firm.

Auld left Thistle in 1980 to manage Hibernian and also had a spell in charge at Hamilton.

In the closing weeks of season 1985-1986, however, he was back at Firhill tasked with the job of steering Thistle clear from the ignominy of relegation to the Second Division. This he did with Thistle turning in some brave performances in the final seven games to avoid the drop.