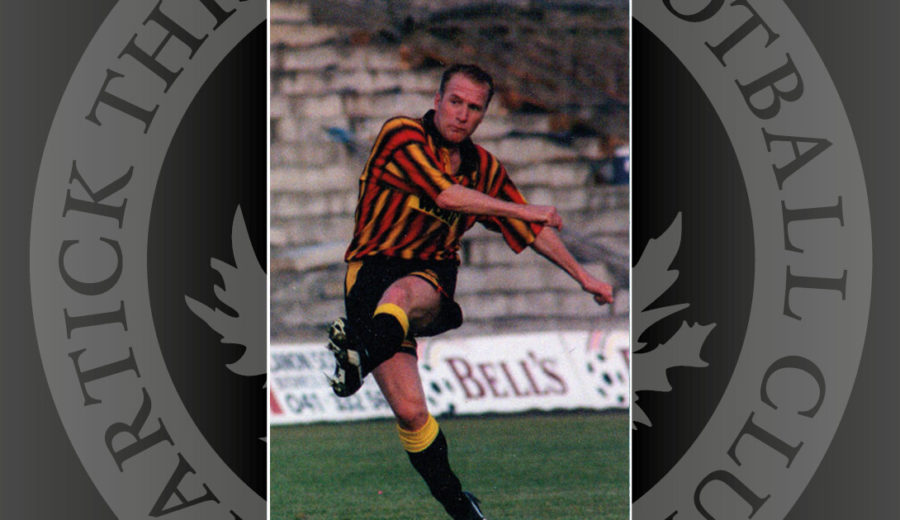 In a modern game reportedly short of genuine characters James Charnley, or Chic as he is better known, stands out from the uniformity of the crowd. A more colourful career, which includes no fewer than four spells as a Partick Thistle player, would be hard to find.

Chic became a Thistle player for the first time in January 1989 and, with socks rolled down to his ankles, became an immediate hit with the Jags fans as Thistle, under the stewardship of John Lambie, and began something a revival after years in the doldrums.

Chic left Firhill in the summer of 1991 but returned in November 1993 by which time Thistle were back in the Premier League and in Scotland’s top flight Charnley would again delight the Firhill faithful.

Chic’s final appearance for the Thistle first team in a competitive fixture came just short of his 40th birthday at Easter Road on the final day of the 2002-2003 season. He has, however, been a frequent guest during testimonial games, scoring a typical Charnley goal against Celtic in Kenny Arthur’s testimonial game.