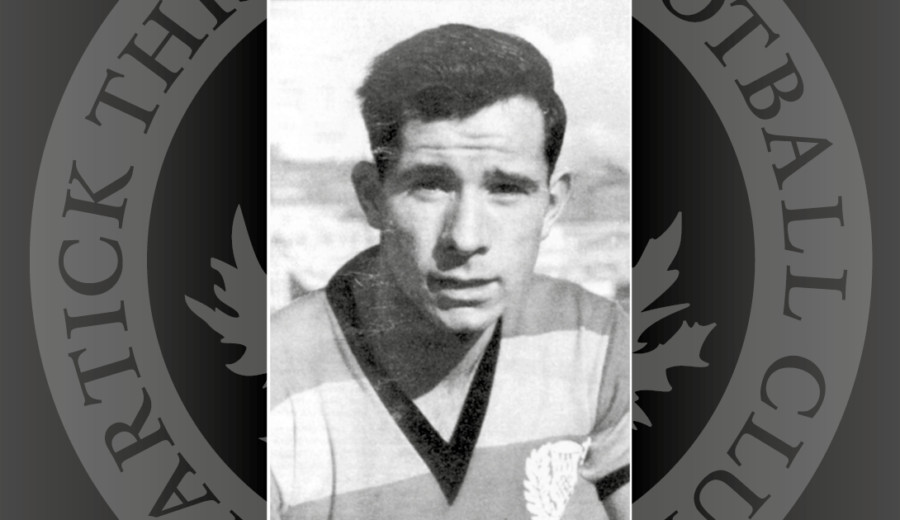 Words cannot do justice to the contribution Davie McParland made to Partick Thistle during his 21 year association with the club. The achievements, and success, he sustained at the club may never be repeated again. He was a successful and highly popular player who made just shy of 600 appearances for Thistle finding the net more than 100 times. As an assistant manager he helped implement a youth policy which led to a talented crop of young players and, ultimately, the club’s greatest achievement.

Yet when he appeared as a trialist in November 1953, nobody could have predicted that would happen. He put in an impressive performance, scoring once in a 3-1 win against Airdrie Reserves, a move that forced David Meiklejohn to sign him immediately after the game. A successful playing career saw him rewarded with a Scotland Under 23 cap, although he’d rather not remember the occasion as Scotland lost 6-0 to England.

When his playing career wound down at the end of the 1960s it was unclear what he would do next, but he elected to complete his SFA Coaching Certificates to coach under Scott Symon, a manager he would later assist. When Symon departed at the end of the 1969/70 season, McParland took over as manager and, after steering the club back to the First Division, he won the League Cup in the Autumn of 1971. McParland would remain as manager until 1974 when he was tempted to leave and join Celtic as Jock Stein’s assistant.

Davie deserves the thanks and recognition of every Thistle supporter and he remains a frequent visitor to the club, regularly performing the 50/50 half time draw.