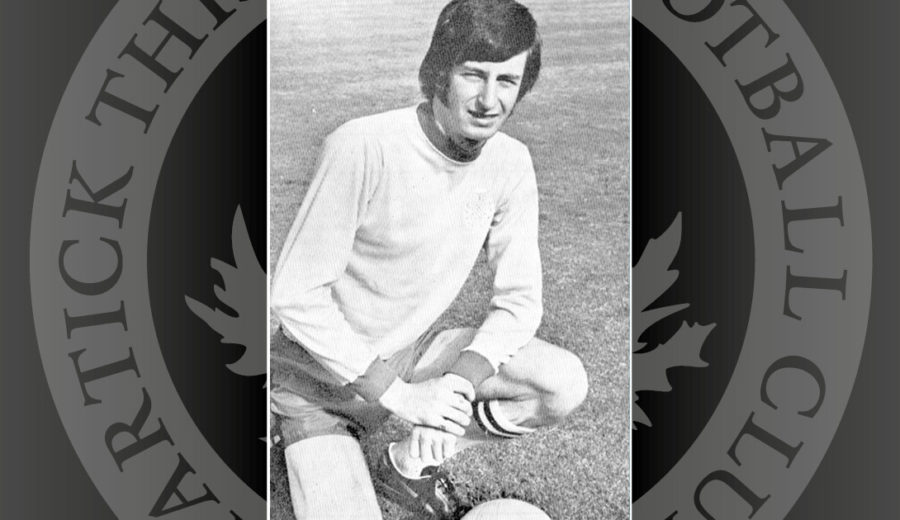 Every so often a footballer appears at a club who has clear footballing skill but also the ability to infuriate the supporters. Denis McQuade is an example of one of those players, clearly talented in his footballing skills but with the ability to produce the sublime and the ridiculous in equal measure. It was this talent that saw him develop the “Enigma of Firhill” nickname. He made more than 300 appearances for Thistle, scoring almost 100 goals but his professional career could have taken a significantly different tangent.

Denis was plucked from St Rochs, a traditional route to senior football in those days. He had been able to combine his commitments at Junior level with his priesthood training. With the higher demands of full time football, Denis elected to choose the sport he loved with the church’s loss becoming Thistle’s gain.

Thistle were already relegated when Denis made his Partick Thistle debut, appearing alongside another debutant in Alan Rough. Morton were the victors at Firhill that night winning 2-1 in one of the low ebbs of Thistle’s history. Together, however, the duo combined to bring the good times back to Firhill.

Playing as a winger, Denis netted 15 goals in his first season, a total only bettered by Frank Coulston and Jimmy Bone. He made a significant impact on Thistle’s 1971 success with two goals against Falkirk in the semi-final. In the final he had the honour of scoring Thistle’s third during the 4-1 rout, and in the first game back at Firhill after the triumph he netted a hat-trick against Dundee United.

Denis continued to score goals aplenty for Thistle making a significant impact. He was, unfortunately, never capped for Scotland despite being in numerous squads and travelling to Brazil for the Independence Cup in 1972.

Denis departed Firhill in August 1978 when he moved to Tynecastle, alongside John Craig, in exchange for Donald Park. His final Thistle appearance was in an Anglo-Scottish Cup tie against the Edinburgh side.