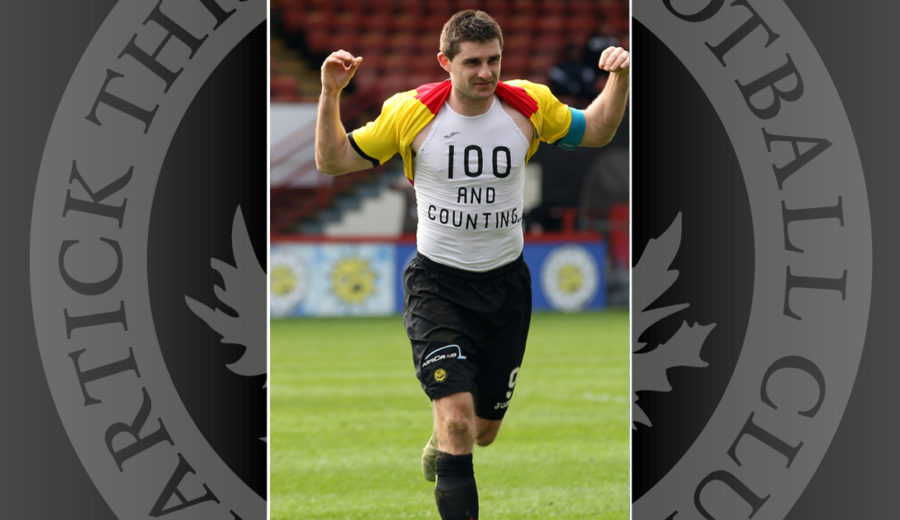 Few people, if any, could have imagined the impact that Kris Doolan would have on Partick Thistle folklore when he signed for the Jags in January 2009. The striker had already netted seven times for the club when the calendar swung into 2010 but few Thistle fans would have imagined the impact the talismanic striker would have on Partick Thistle throughout the following decade. Eight consecutive seasons of netting double figures, becoming the first Thistle player to reach 100 league goals and fourth in the club’s all-time competitive goalscoring charts are all statistics that can describe the achivements of Kris Doolan but they don’t quite account for the gentleman that Kris was off the pitch. Always willing and generous with his time for Thistle supporters, he made countless appearances in his role as an ambassador for Partick Thistle, and dozens more off his own back. The recipient of a well deserved testimonial match and it was no surprise to see the number nine receive an adoring reception from the Firhill faithful once again.