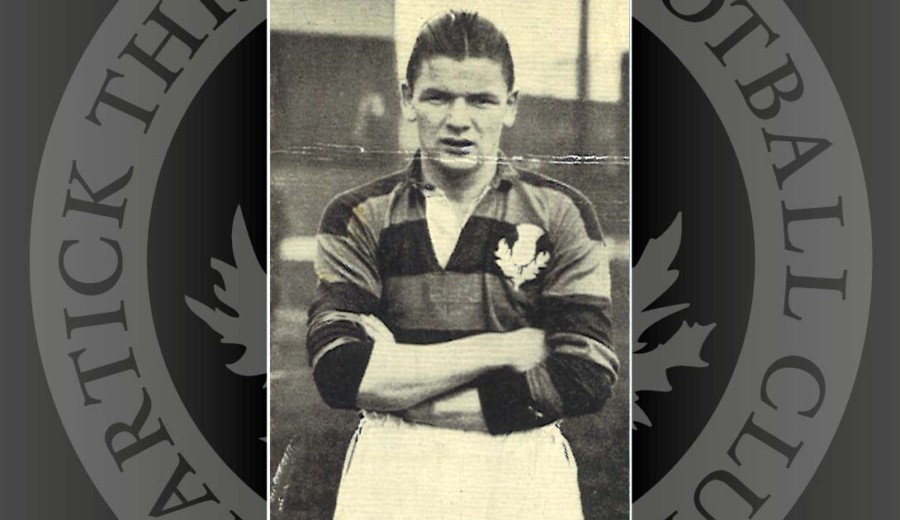 Recruited from Whitburn Juniors in 1934, Peter ‘Ma Ba McKennan, is without question one of the most colourful characters in the long history of Partick Thistle Football Club.

Peter had only just turned 17 when he was handed his first team debut and remains at 17 years and 60 days old one of, if not the, youngest goal scorers in Thistle’s history.

The Thistle fans loved McKennan’s direct attacking style of play although criticism for being, among other things, too greedy were never far away.

Nor was McKennan immune to having the odd run in with authority as a £5 fine for assaulting a Kilmarnock player after a game in 1938 is testimony to.

The Second World War, conscription and postings to England and Germany limited McKennan’s appearances for Thistle over a period of years but he remained a Partick Thistle player until 1948 when he joined West Bromwich Albion.