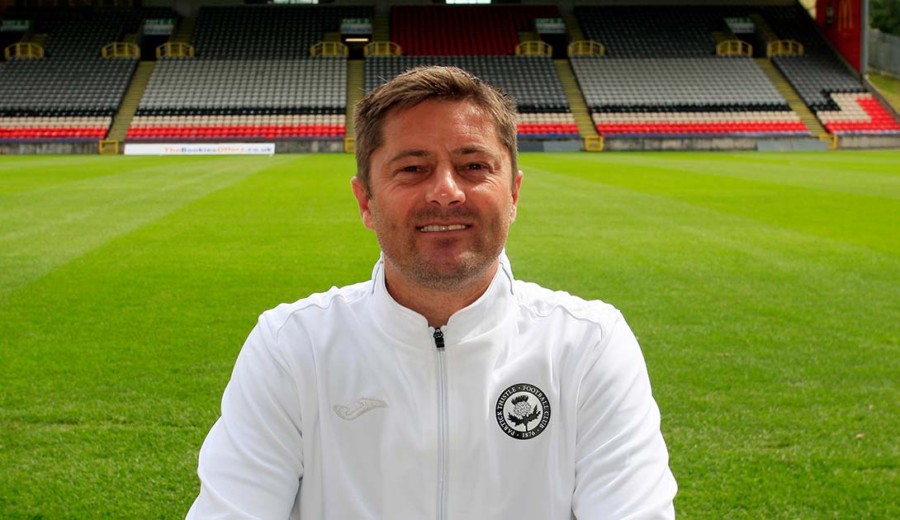 Scott had a successful playing career racking up almost 500 career appearances with a number of successful Scottish clubs.

When he did retire, weeks shy of his 37th birthday, Scott remained determined to stay within football and worked hard to complete his coaching badges. Brian Reid, an old team mate of Scott’s, asked him to be part of the coaching staff with Ayr United and together the duo helped Ayr United get promoted to the First Division.

Alan invited Scott to join his coaching staff to work with the youth squad when he was appointed in early 2013. Scott was delighted to accept performing the role part time until promotion was secured, when he was given the coaching positon on a full time basis.

Working with the youngsters breaking through from the Thistle Weir academy, Scott’s role is a vital one in turning the potential of tomorrow into players who will be ready for first team action should they be called upon.