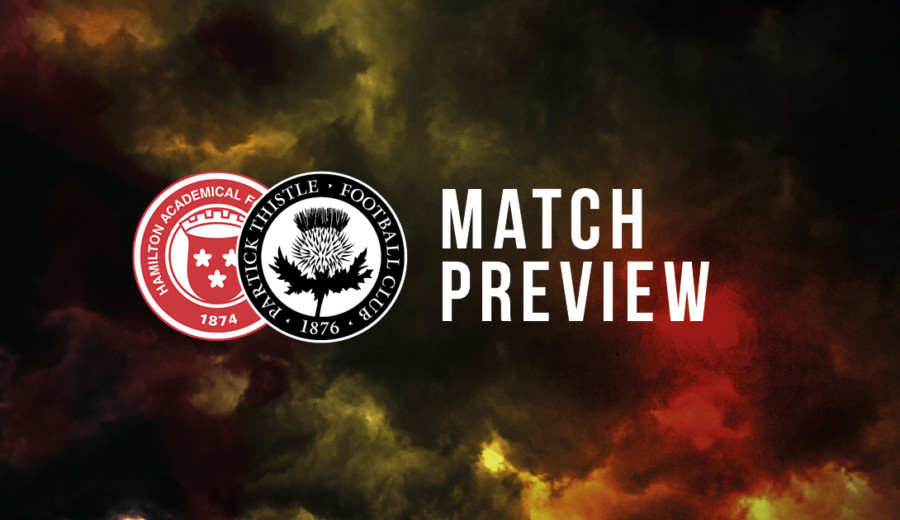 After an unbelievably cruel conclusion to Saturday’s match against Rangers it would be easy to understand Jags boss, Alan Archibald, being a little down this week but if any bad feeling remained he certainly didn’t show it as he spoke to ptfc.co.uk at Lesser Hampden after training.

Although he admits it was a tough defeat to take, Archie is certain his side will bounce back in the best possible way against Hamilton Accies on Saturday.

“Obviously everyone was disappointed after Saturday but we don’t let it get us too down. We don’t get carried away when we win and go on a good run and it’s exactly the same when things don’t go our way.”

It was a similar story the last time Archibald’s side met Hamilton, with a late Eamonn Brophy strike preventing all three points going to the team in red and yellow.

“We need to start taking points from these fixtures, especially when we go ahead in games. It looks like the league is going to stay very tight for the whole season and that means that one win can have a massive impact on your league position. If you take last Saturday as an example – we were sitting in sixth when we were leading and ended up finishing the match in last, it really is just that tight.”

Despite the negative nature of the result Archie was pleased with the reaction he got from his players after a very lacklustre display against Motherwell.

“We asked for a reaction of the boys and we certainly got that, which was the good side of Saturday. We now need to take that into the game at Hamilton. We’ve got a good, strong group of lads here and we know what they’re capable of. We’ll need them at their best on Saturday because it is a massive game for us now.”

Finally, the gaffer took us through the latest injury news.

“We’ve not got any fresh doubts. Tomas Cerny was on the bench last week and it’s great to have him in contention again. Other than that it’s just the longer term ones who are all still working hard with the physio to get back to full fitness.”