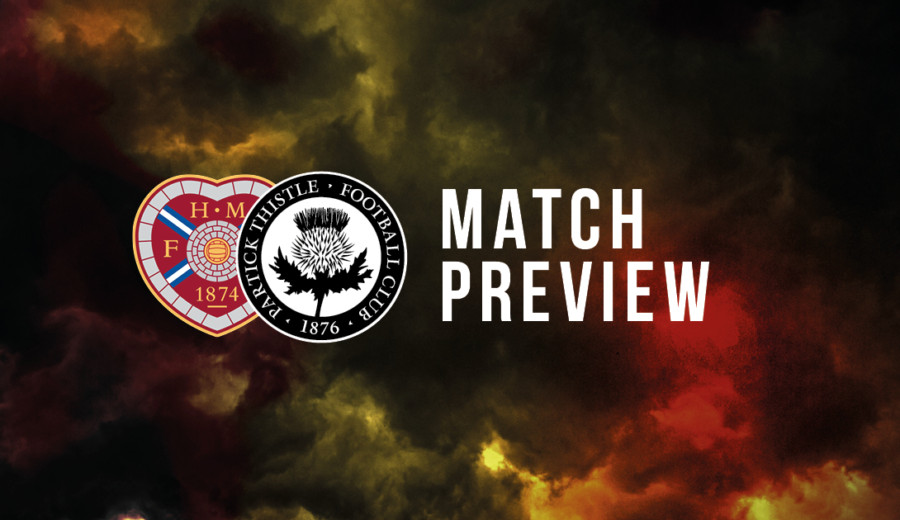 With the games coming thick and fast in December, a trip to Tynecastle on Saturday followed by a Tuesday night at Celtic Park might not have been the way Thistle boss, Alan Archibald would have planned the festive fixtures. Having said that, Archie was upbeat about the tough back to back away games that his side now face.

“We’ve known this would be coming for a while to be fair and a tougher set of back to back fixtures I really don’t think you could have asked for. At the end of the day though, you want to play these teams, that’s why you strive to get into the top flight. We know how good both teams are and the players are well aware of what they are going up against over the next week.

“Things are so tight in the league right now that we have to treat every point as a prisoner. It is going to be a real scrap for every team lower than fourth or fifth as the season goes on and we need to make sure we are taking every point that we possibly can to move us up the table.”

It’s very much a case of what goes around comes around for Archibald and the gaffer knows that, on the other side of the next two games there is a run of fixtures against teams around Thistle in the table.

“Everyone plays everyone and we need to remember that. We’ve not got a great record against the bigger teams in recent seasons but we have been able to take points from the teams around about us. We need to start doing that again this season and make the most of every chance we get as they are the key six pointers.”

Many Thistle fans enjoy the trip through to the capital to take on the Gorgie Boys and Archie is no different.

“It was certainly one of my favourite places to go, both as a player and a manager. It’s a great stadium and the atmosphere is always superb so that should spur our boys on too. If players can’t get motivated going and playing in that kind of environment then there must be something wrong.

“One of the best night’s I’ve had as a manager happened at Tynecastle when we secured survival in the first season up in the Premiership so we have good memories and we certainly know we can go and compete there on our day. We barely laid a glove on them last season though so we need to change that.

“Obviously it’s Cathro’s first game so we know the team will be out to impress and I certainly think they will start strong but we just need to match them and play our own game.”

Having enjoyed a torrid time on the injury front earlier in the season, things are starting to look up for the Jags as, slowly but surely, the treatment room begins to empty.

“Mustapha Dumbuya has started training with us and is looking to get back to full training next week so we’ll be looking to target early February for him. As for the others, there are no fresh worries so it’s just the long term ones. Ryan Scully is still working on his shoulder, Gary Fraser is still recovering and Bannigan’s rehab is ongoing.”