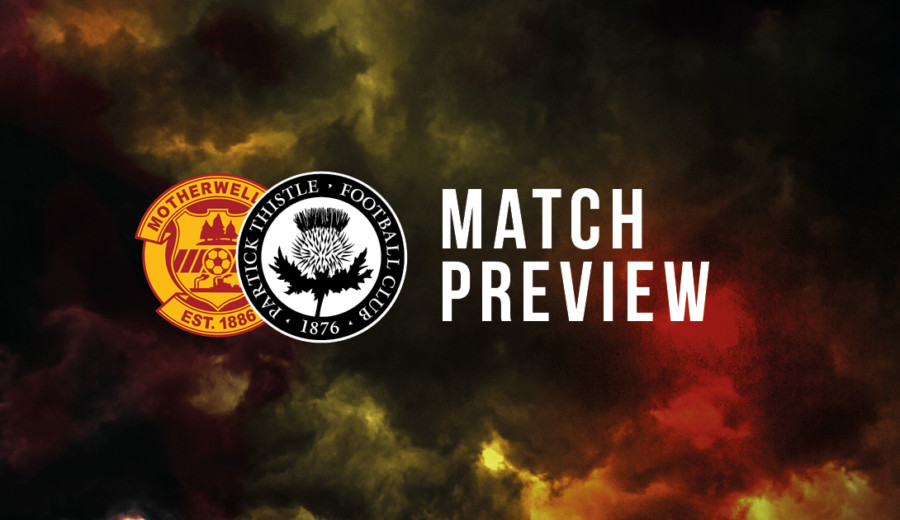 As Saturday’s clash with Motherwell approaches quickly, Thistle gaffer, Alan Archibald, is determined that this will be the occasion that the Jags’ terrible record at Fir Park comes to an end. The Maryhill Magyars haven’t got the better of Motherwell in Lanarkshire since a 2-0 victory in January 1996, but Archibald is confident that, on their day, his side have what it takes to get the better of the Steelmen.

Speaking to ptfc.co.uk Archie said: “It is amazing that it has been so long but I guess it’s just one of those things. I don’t have much time for superstition but it would certainly be good for our supporters to get a win their and put this hoodoo to rest.

“The pitch at Fir Park is supposed to be excellent now which will definitely make a difference compared to the days of old, and probably suits us, but it is always a tough place to go. They have top quality payers throughout the team and we will really need to be at our best to get the win that we want.”

In a Ladbrokes Premiership table that is as tight as any in recent memory, Saturday’s match takes on a greater significance for both teams.

“It is so tight that these games are absolutely massive for both sides. All the games against teams around about us are vital. We need to make sure we concentrate for the whole 90 minutes. We played well against them in the game at Firhill and lost a late equaliser but a draw was probably right that day. We’ll be hoping to go one better on Saturday.

“Any win sees teams move places and I think there is every chance that it will stay like that for the whole season. It’s dog eat dog and we really just need to look after ourselves. We’ve been playing well and probably don’t have the points that our play has deserved at times. Points don’t lie though and we’ll be looking to keep building, starting on Saturday.”

Major roadworks on the M74 mean that getting to the match is much tougher than usual and the visitors will be leaving Firhill extra early to make sure there are no problems – having a pre-match meal juts 10 minutes from the ground.

“It’s not ideal, that’s for sure, but we’ll make sure we get all the players together nice and early so it doesn’t have an impact on our preparations. It does make it difficult for our fans though and I just hope enough of them make it through to make it a right good atmosphere. Our fans are usually great at Fir Park and travel in real numbers so hopefully the road situation won’t put them off.”

Following a few weeks of injury chaos the situation has improved with regards to the players Archie has available.

“Yes, things are definitely looking a bit better this week. Steven Lawless is back – he’s trained this week – and Erskine now has a couple of weeks under his belt too which helps a lot. The break came at a good time for us to be fair and it has allowed the boys to get a bit of rest and for us to work on the injuries that we did have.”

Another positive for the Thistle boss this week was the news that Ryan Edwards has activated a clause in his contract that will see him remain a Jags man until May 2018, something Archibald is very pleased with.

“It’s a great one for us. His versatility this season has been a real bonus as he has played all over the pitch for us. He is an infectious personality and an absolute joy to work with so it is brilliant to get him signed up for another year. We’ve had a lot of injuries in that central midfield area and it is credit to boys like Ryan that we have never really noticed the absence of key players like Stuart Bannigan and Gary Fraser.”