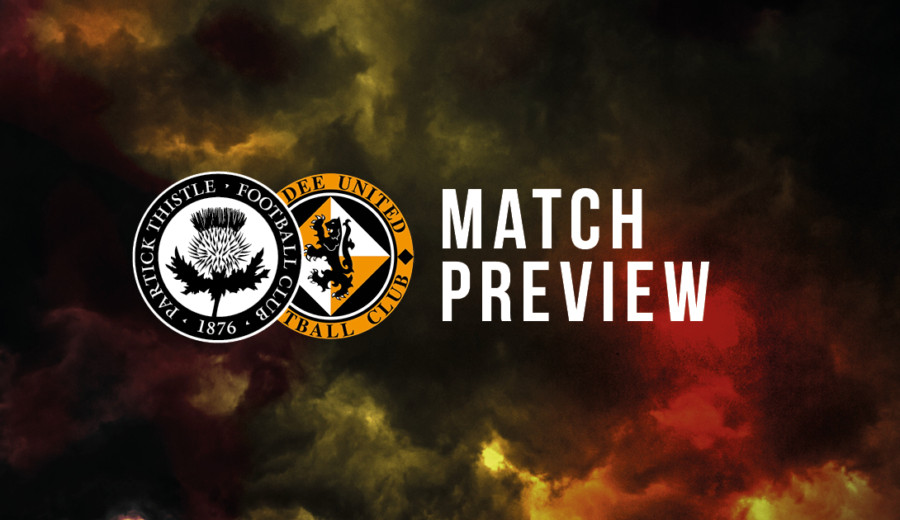 There is only one game left at Firhill before the league splits for the final five games of the season. Everyone at Partick Thistle is focussing on a crucial game against Dundee United as the side look to put themselves into the best position possible ahead of the weekend trip to Dingwall. Ptfc.co.uk caught up with Alan Archibald after training on Monday to get his thoughts on the big game.

“It’s going to be another hard fought battle at Firhill. We’ll have to win all of our individual battles to ensure we come out with three points. We’ve been through it with Kilmarnock on Saturday and we expect more of the same against Dundee United on Tuesday evening.

“The disappointing element from not getting the win on Saturday, is that to get into the top six we are now relying on favours from other teams. We’ll have to take care of ourselves and then hope things go our way.”

Dundee United are locked in a relegation battle with Kilmarnock as they look to retain Premiership status but Archie is only focussed on what Thistle do.

“Dundee United had a great result on Saturday against St Johnstone and will be coming to Firhill on a high. That will make them dangerous opponents but we’re all focussed on what the eleven players wearing red and yellow can do on Tuesday night.

“We’ve had a decent defensive record all season long and that has given us a great base to build on. We know that if our defence plays as well as it can, we’ll only need one goal to win the game and in Tuesday’s game the first goal is going to be absolutely vital. We’ve kept ten clean sheets this season and we’re keen to add to that total.”

The gaffer has a number of different options to call upon and with an almost fit squad he knows he will have a selection headache.

“We only have Stuart Bannigan who is definitely ruled out of the game so we have plenty of options to pick from. We’ve been working on a game plan over the last couple of days to get as positive a result as possible and we know we have a number of players we can call upon for the job in hand. It’s a great problem to have as we have a number of different options as to how we set the side up and our substitutes have the quality to change the game if it isn’t going our way.”

Archie rounded off with a bit of team news ahead of the match.

“Liam Lindsay is a doubt. Dan and Freddie did really well on Saturday, teaming up to record another clean sheet together so I have every faith that they will continue to do well if we go with them again on Tuesday. The only other doubt is Abdul Osman who is carrying a knock but we’ll give him every opportunity to make the game as he is a vital player for us.”