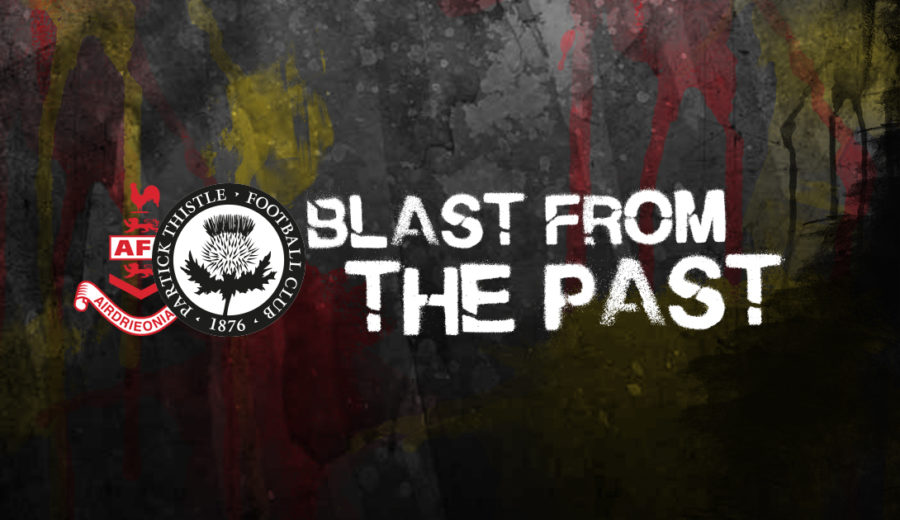 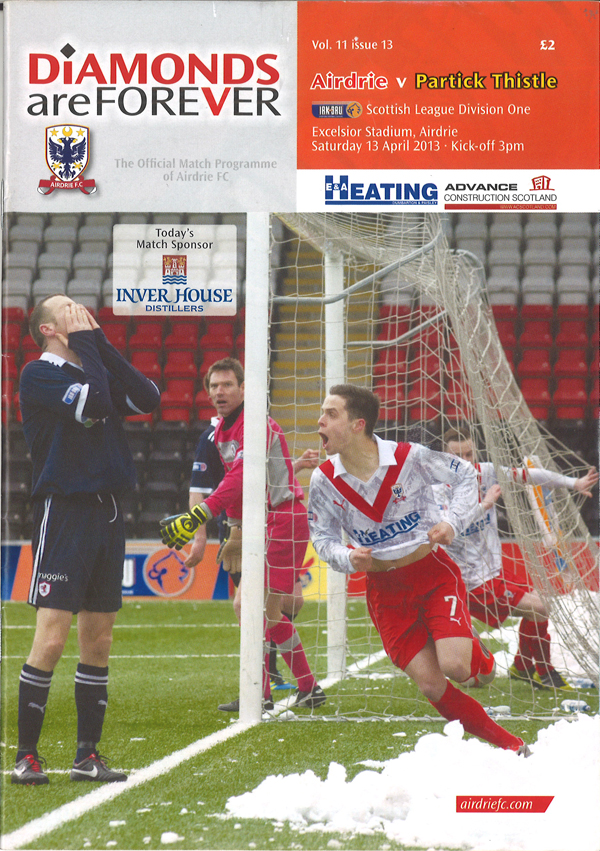 You will see from the cover of the programme that the home team is referred to as Airdrie, so I’m sticking with that. Until not so long beforehand they were Airdrie United and then shortly afterwards they had reverted to Airdrieonians, so there has been a fair bit of chopping and changing. I was always used to Airdrieonians, so I am glad the situated has settled down again. Additionally, I have to move on from Broomfield to the Excelsior Stadium. All of this is hard for a traditionalist, accused at times of living in the dark recesses of the past. 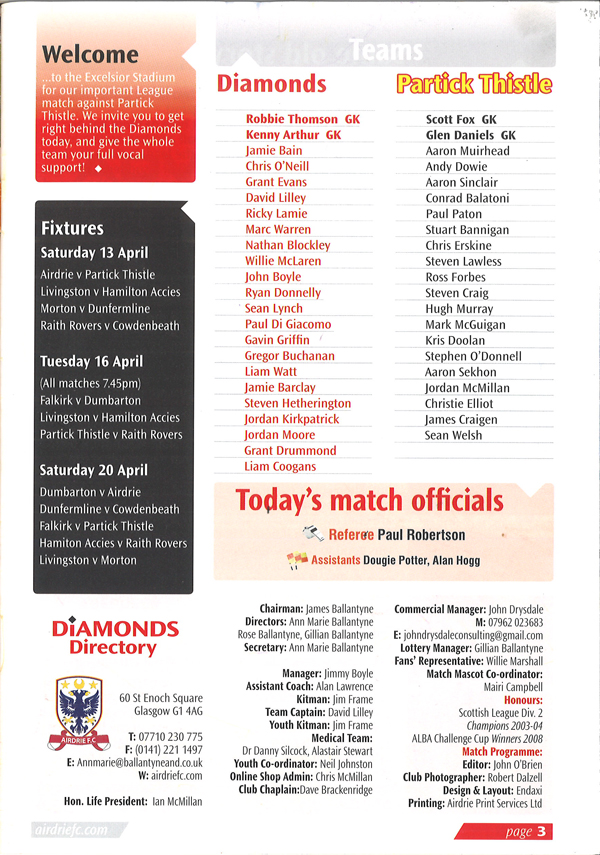 Anyway, this was a hugely important game for Thistle as we honed in on the First Division championship and it looked for a long time as if our march to the title would stall or perhaps derail altogether. There was high drama in store for the large travelling support who had made the journey through to Airdrie. As the game edged towards the final minute, Thistle trailed by one goal to nil with Watt having opened the home team’s account away back in the 37th minute. Certainly, we grew stronger as the game moved in to the final stages, but an equaliser proved elusive. They say it’s never over until the fat lady sings. Well, she remained stubbornly silent and then suddenly the bold Conrad Balatoni came riding to the rescue. We had salvaged a point. Unbelievably, there was still time for Christie Elliott to snatch the winner. To use the well-worn old cliché, this was victory snatched from the jaws of defeat. How many times has it happened the other way round? – even last season, so let’s not become too sentimental about it. We drew 0-0 with Raith Rovers the next midweek and then turned on the style to win the league at Falkirk the following Saturday, thus returning to the promised land. 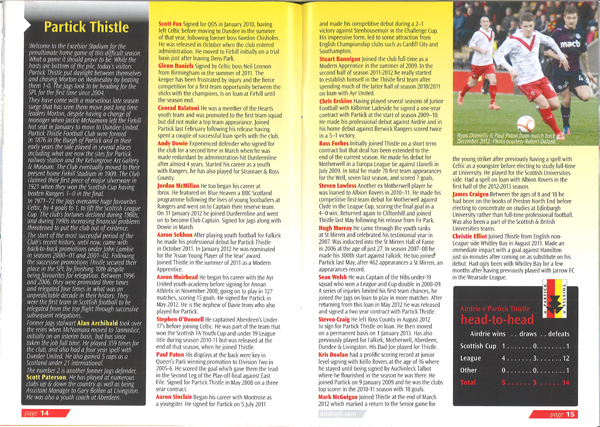 I can’t believe the featured match took place more than four years ago – sign of advancing old age perhaps? Only Stuart Bannigan and Kris Doolan of the starting eleven remain at Firhill. However, Chris Erskine, Christie Elliott and Stevie Lawless, as was, interestingly enough, Alan Archibald. 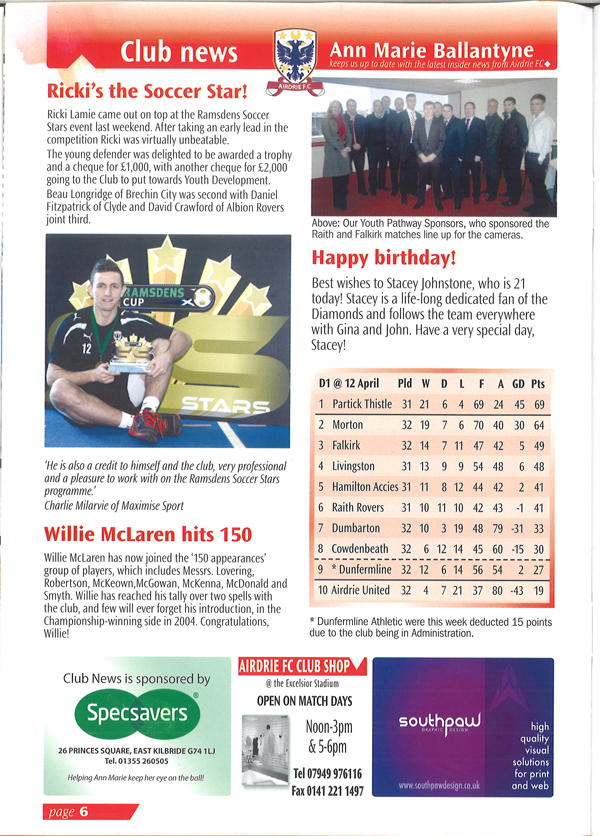 So it’s back now to the Excelsior Stadium in the Betfred Cup. Let’s hope for the same outcome, buyt this time without having to endure the trauma of the featured match(bad for the nerves)