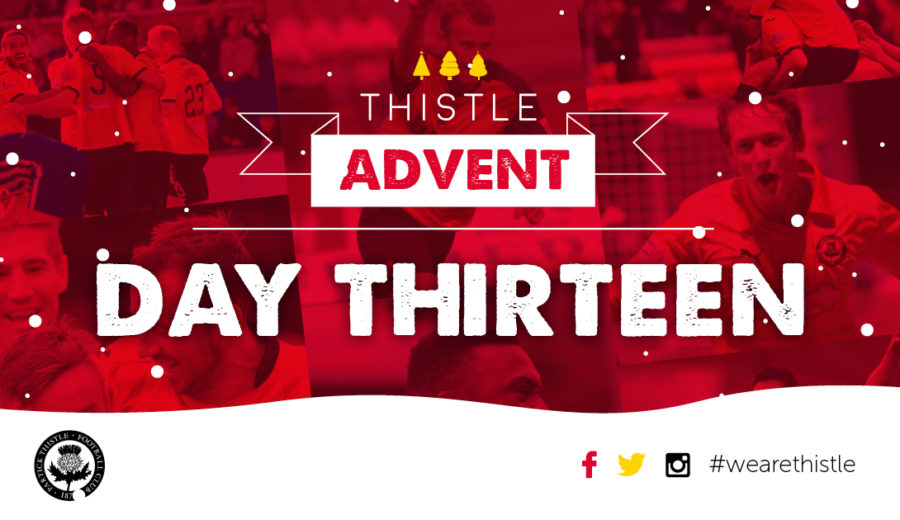 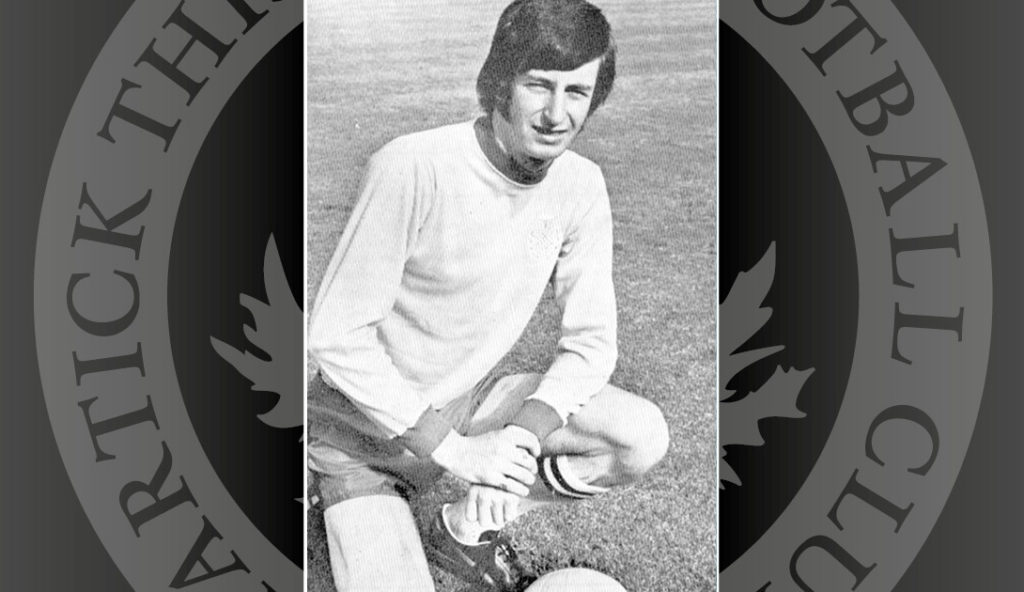 Denis is widely regarded as one of the most entertaining players to have ever played for Partick Thistle, appearing for the club on more than 300 occasions.

McQuade’s flamboyant style of play earned him the title “The Enigma of Firhill” however, Denis was close to not even pursuing a professional career in football having been studying for the priesthood.

Making his competitive Jags debut on the same night as Alan Rough, Denis appeared as a substitute in a defeat to Morton as Thistle slid towards relegation. He was another in a host of young players given an opportunity by David McParland and, in his first full season, he managed to repay the manager’s faith with 15 goals. He wasn’t able to match his goal tally during the following season though, managing only 11 during the course of the 1971/72 campaign, but among them were several vital strikes. Denis struck a double in the League Cup semi-final against Falkirk to ensure Thistle reached the landmark final against Celtic.

Denis added Thistle’s third goal in the final to immortalise himself in Thistle folklore. During a career that spanned almost 10 seasons at Firhill, including 333 appearances in red and yellow, McQuade managed to find the back of the net on 82 occasions. In the early stage of the 1978/79 season, however, Denis was to leave Firhill as part of a player exchange which saw Donald Park become a Partick Thistle player.