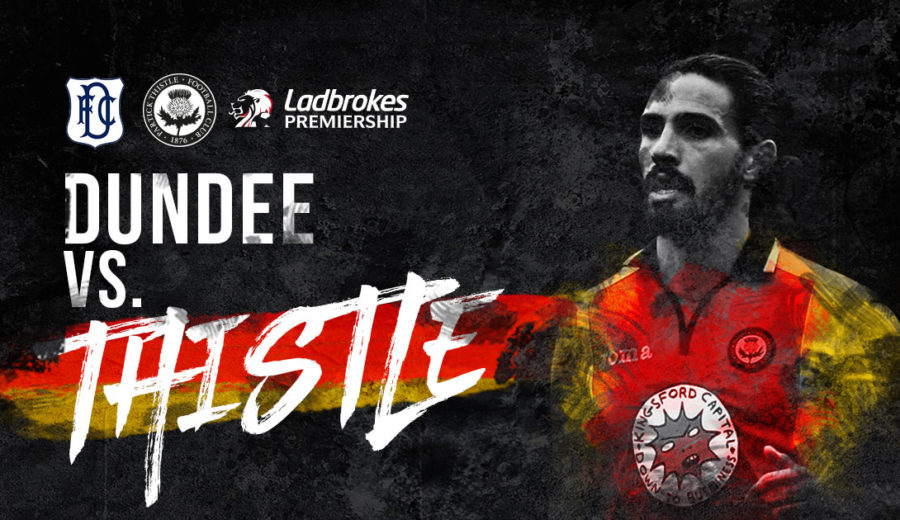 Ryan Edwards is hoping Thistle can stretch their winning run against Dundee to move above the Dens Park side and into the top six.

After Saturday’s 2-0 win over Hearts Thistle travel to the City of Discovery full of confidence and Edwards knows the importance of continuing the run.

He said: “We spoke before the Hearts game about the run of fixtures we have coming up and how important it was to string a good run together. We got a good win against Hearts and finally managed to win a game against one of the top four so we will take confidence from that in to the game against Dundee.

“We knew we had to start the Hearts game well. We were the only team not to score in the first fifteen minutes of a game this season so it was nice to be ahead so early.”

The midfielder knows to get the top six place Thistle need to put a string of wins together and, with two wins on the bounce, the squad have started that, however he knows they must continue.

“We have spoken about getting some consistent form and we now have two wins in a row. We have seen other teams around us win games recently too so it’s important we concentrate on ourselves and put a run together.

“Dundee are on the back of two good results but so are we, we keep talking about how big the next game is and they seem to get bigger and bigger each time.

“They are above us in the league so it’s important we get a result. We know if we go there and get a win we move into that top six and we know it’ll be for more than a few hours this time.”

The Australian is expecting a good game with both sides on good of form.

“Both teams are in good form so it should be a good game and a good contest. It’s one we look forward to.

“We are in a good way at the moment, we are over our goal drought, looking solid in defence and are on a good run of form ourselves.”

The Jags have won the two previous matches This season against Wednesday’s hosts and Ryan hopes to make it three out of three.

“We have had two good results against Dundee this season and take confidence from that. We know we have already defeated them up in Dundee so hopefully we can make it three in a row.”

More exclusive preview interviews, with Jags players Abdul Osman and Cllum Booth as well as Thistle gaffer, Alan Archibald are available to Jagzone subscribers. Log in now to see them.