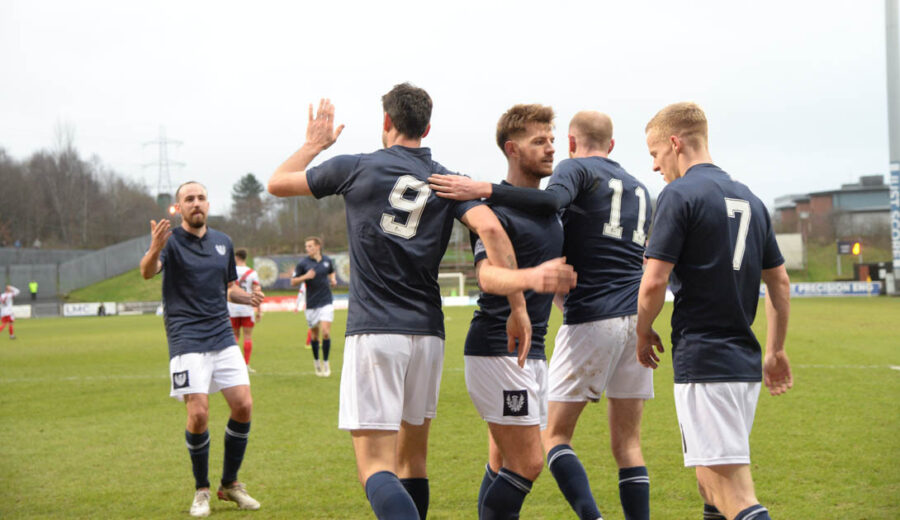 To commemorate our 100th anniversary of the Club winning the Scottish Cup, the Club released a special edition navy blue kit in 2021. It proved to be an instant hit with supporters and players with the distinctive sponsor-free kit

We are pleased to give Jags fans the opportunity to get their hands on the authentic game issued strips with a kit auction which will get underway next Friday morning. All 20 of our game issued kits will be available to bid on including the exclusive opportunity to bid on the popular yellow goalkeeping strip, which has not been available to buy from our retail partners, Greaves Sports. Each lot includes shirt, shorts and socks with a certificate of authenticity which states the players who were assigned the kit in each game.

The starting price for each strip will be £50 and every penny raised will go straight to the Club. Proceeds will be split equally between Partick Thistle Women’s F.C. and our Former Players Association. Your bid will help the women’s team prepare for next season and allow us to support our former players with events throughout the next 12 months.

The online Auction, run in conjunction with club partner, McTears Auctioneers, will be available to view next Friday morning and will run until the afternoon of Tuesday, May 4th.