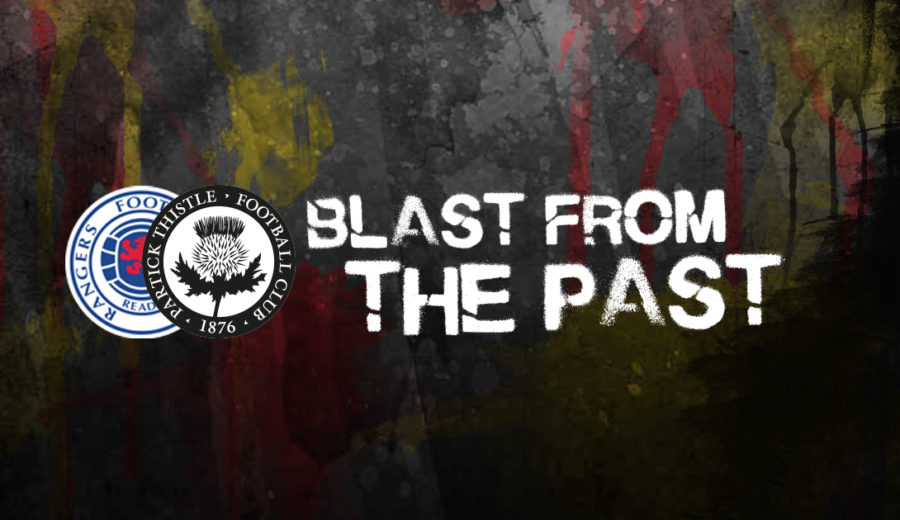 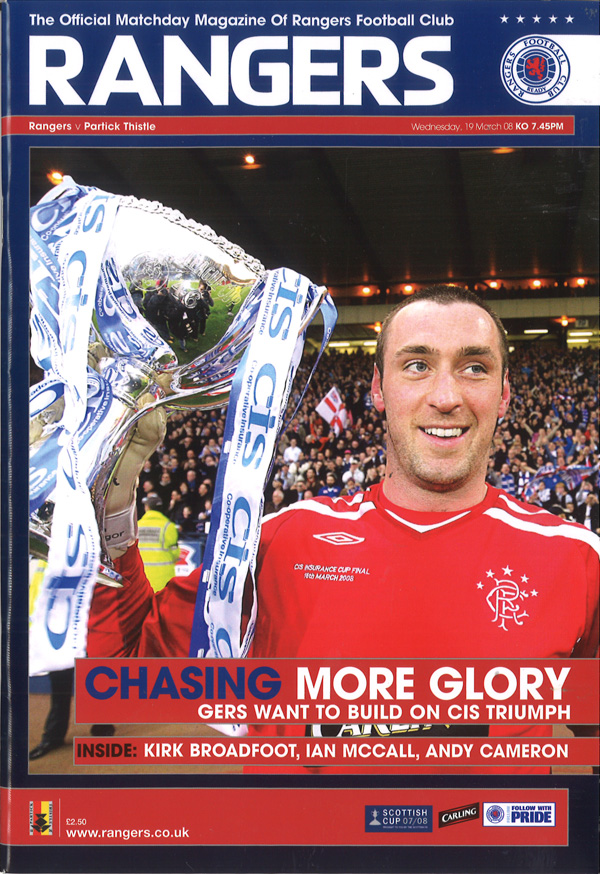 Those with experience of the way that Scottish football works will tell you that in cup competitions against certain clubs you get one bite at the cherry, one realistic opportunity to get a positive result, and if you don’t take that chance, then you are severely punished. The chosen match provided a perfect example of the theory expounded above. There we were, midway through the second-half, and the expectant home crowd were becoming increasingly frustrated, when suddenly a magnificent reverse pass from Gary Harkins sent Damon Gray through on goal and he dispatched the ball with great power behind McGregor in the home goal. The Thistle fans, crammed into the corner to the left, went wild with delight. The hero of the moment disappeared in among the ecstatic Jags supporters and wasn’t seen again until he emerged 20 seconds later to find himself yellow-carded for over-celebrating! I remember muttering to myself – Come on boys, you have 23 minutes to hold on for a terrific victory. Were my prayers answered? Of course not! Penalty – box predator, Kris Boyd, equalised within two minutes, following indecision in our defence and in line with the pattern referred to earlier, we lost the replay – no more bites at the cherry I’m afraid. 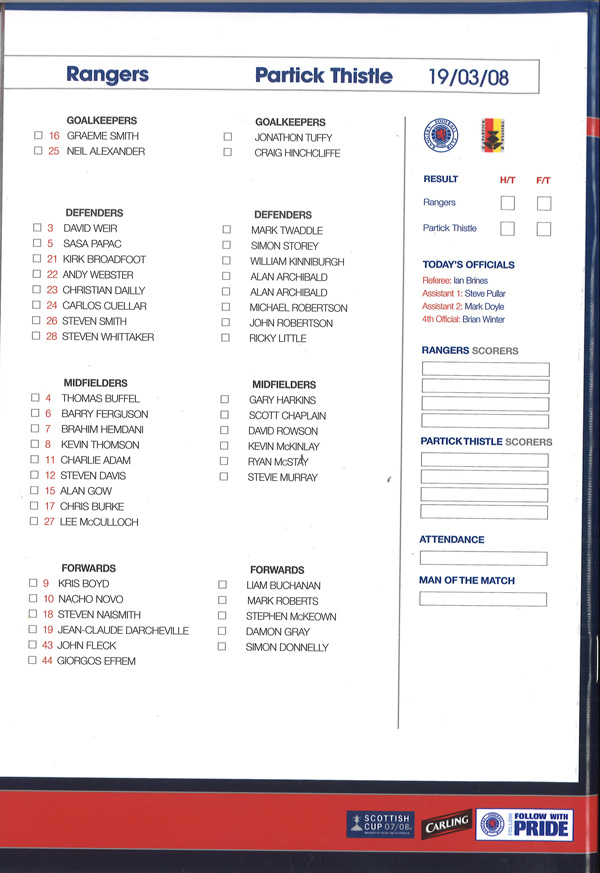 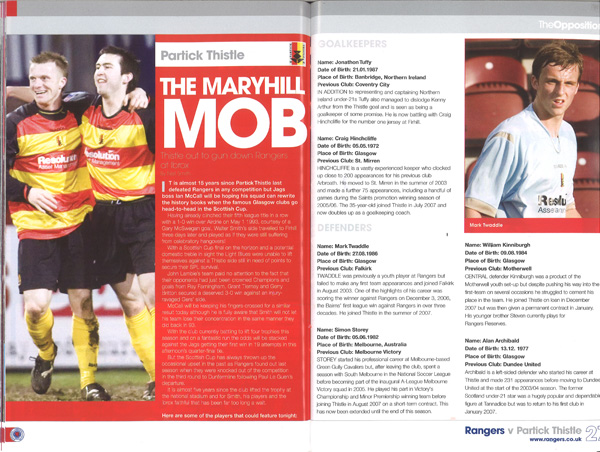 Thistle had defeated Ayr United, Dunfermline Athletic and Livingston (on penalties after a replay), but there was to be no fairy-tale ending. Winning the Scottish Cup remains just a fantasy. 2021 would be a suitable time, exactly 100 years after our last (and only) success. Dream on!

You may have noticed on the front cove of the programme – chasing more glory: – no further comment!