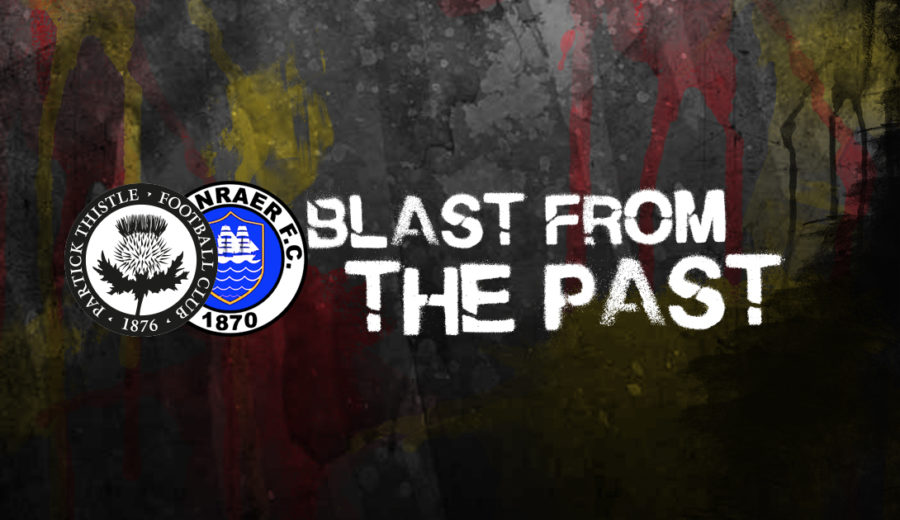 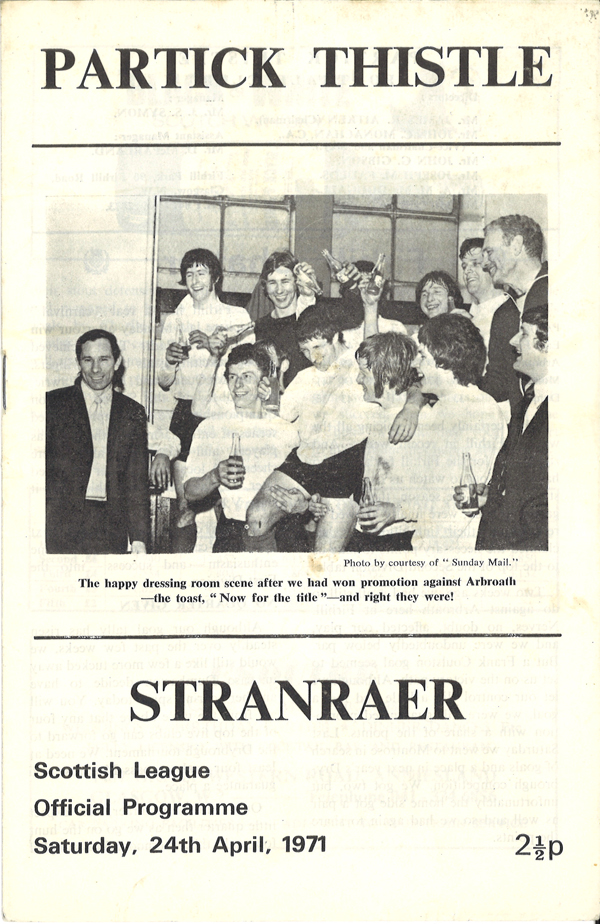 It will come as no surprise that there are not many Thistle v Stranraer programmes in my collection – seven to be precise, so my choice is limited. However, this is an interesting issue, well worth the 2 and a half pence purchase price! The front cover has a picture of the celebrations which followed Thistle’s clinching of the Second Division championship. It hadn’t, one has to admit, been achieved in flamboyant style, drawing 1-1 at home to Arbroath. The fans had been savouring the prospect of a stylish performance, an assumption backed up by the fact the attendance given out was 8,851. Anyway, the point gained saw us safely over the line, and when we came to play Stranraer in the featured match, there was a rather unique source of motivation and as you will see from the result, the team didn’t disappoint. There was a competition, not terribly well remembered, on the go at the time, with entry being open to the highest-scoring teams in the previous season – the Drybrough Cup. In spite of the fact Thistle had already banged in 75 when they came up against Stranraer at home in the final league match of the season, more goals were required, the more the merrier. With this in mind, manager David McParland chose a very attack-minded eleven, instructed to “go for it”. There was no more attack-minded player, thirsting for goals, than Ronnie Glavin, and where was he playing? – left back! 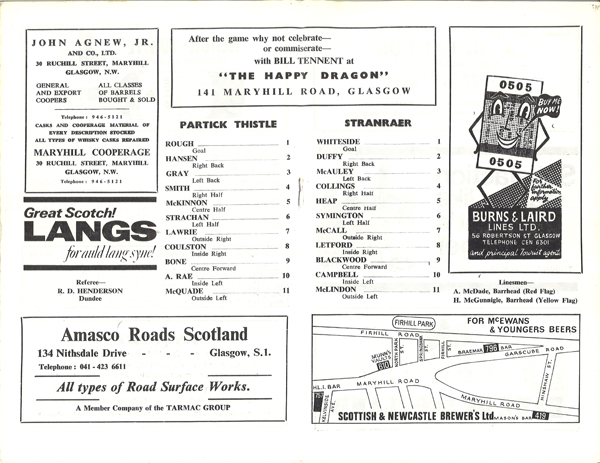 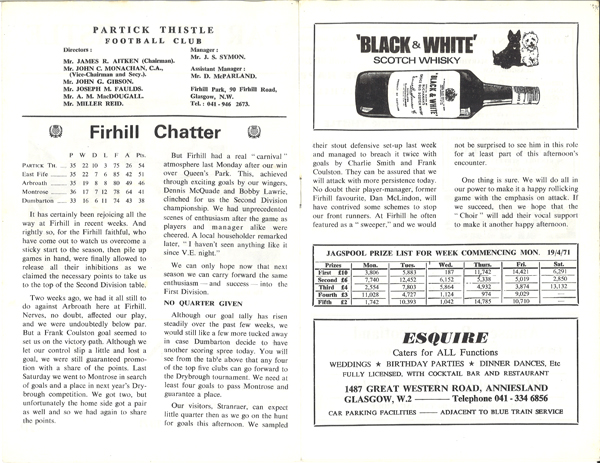 So, having done everything to qualify for the knock-out stages of the Drybrough Cup, how did we fare when the tournament got under way? Sadly, our participation was short-lived. We played St Johnstone at Muirton Park. Bobby Lawrie fired Thistle into the tlead just before half time. Everything was looking good and then the roof fell in. Little Henry Hall scored twice in the last four minutes, so ended out hopes – another hard luck story.