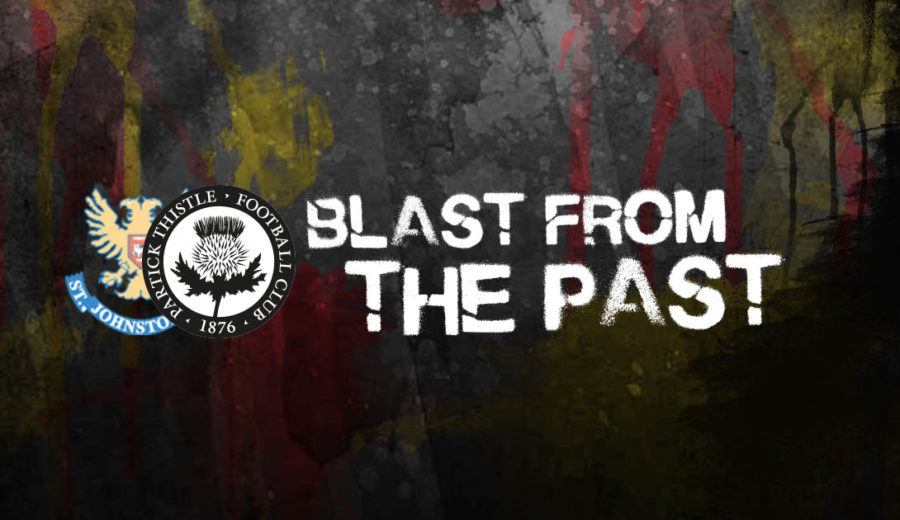 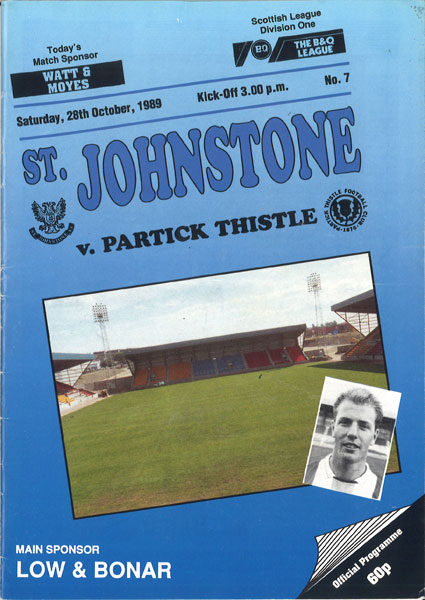 The scene was set. Both sides had an unblemished record of twelve straight league matches without defeat since the beginning of the league season. Interest in this fixture was unbelievably intense, and it was eventually a complete sell-out. Nobody wanted to miss out on what promised to be a crunch match in the race for promotion. The attendance was given out as 10,163, which was quite remarkable for a First Division fixture. Unsurprisingly, there was a tense atmosphere in the stadium. 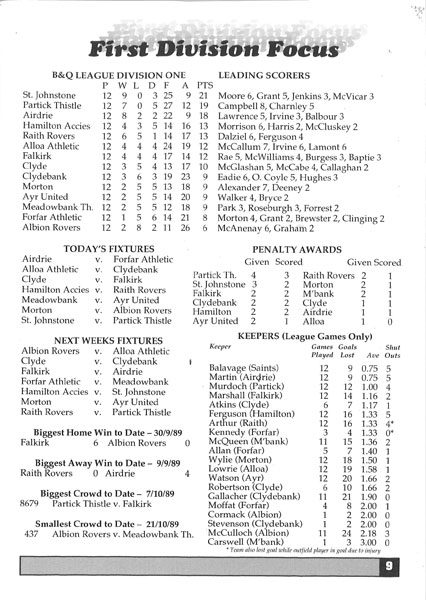 Now for the million dollar question. Did the match live up to expectations? Things went pretty well in a fiercely contested, if goal-less, first-half. Within minutes of the restart, the large and vociferous travelling support suffered a devastating blow. Allan Moore put the home side ahead in 47 minutes. That was bad enough. Worse was to follow. In the very next minute, Jim Dempsey was ordered off and it was now an uphill battle to say the very least. The ten men could make no headway and Steve Maskrey put the issue beyond doubt with a second goal in 88 minutes. Chic Charnley scored from the penalty-spot right at the death, but it was too little too late. This result was a bitter pill to swallow after having made such a promising start to the league campaign and quite frankly we never recovered from it. Our promotion challenge died that afternoon and we fell away quite spectacularly. While St Johnstone went on to win the league and with it automatic promotion, Thistle plummeted to a miserable 8th place. We would, however, be promoted in 1992. 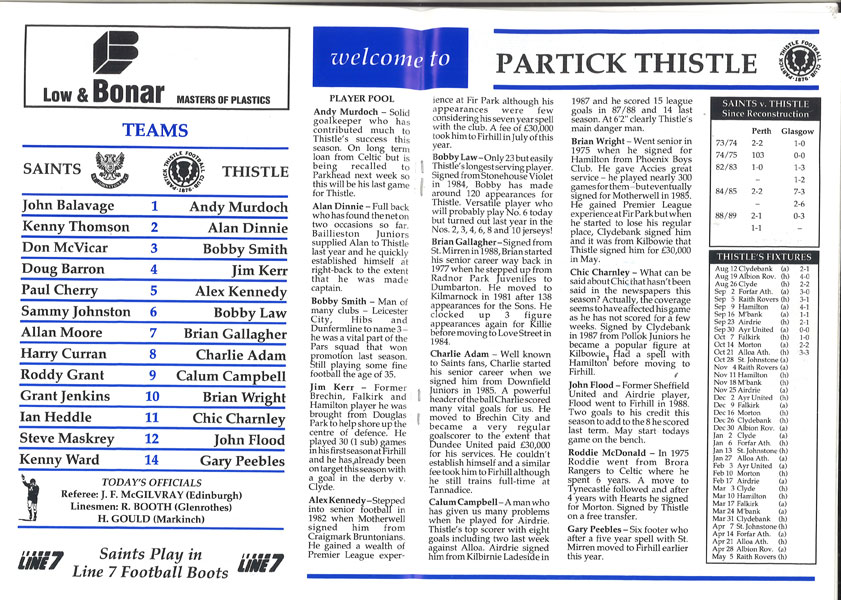 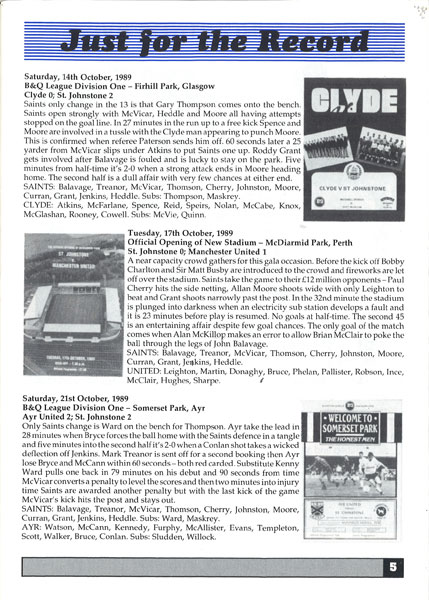 Looking back, I suppose there’s a touch of irony in the fact that the St Johnstone scorers Allan Moore and Steve Maskrey both went on to play for Thistle later. It’s amazing how often the beautiful game throws up these situations.