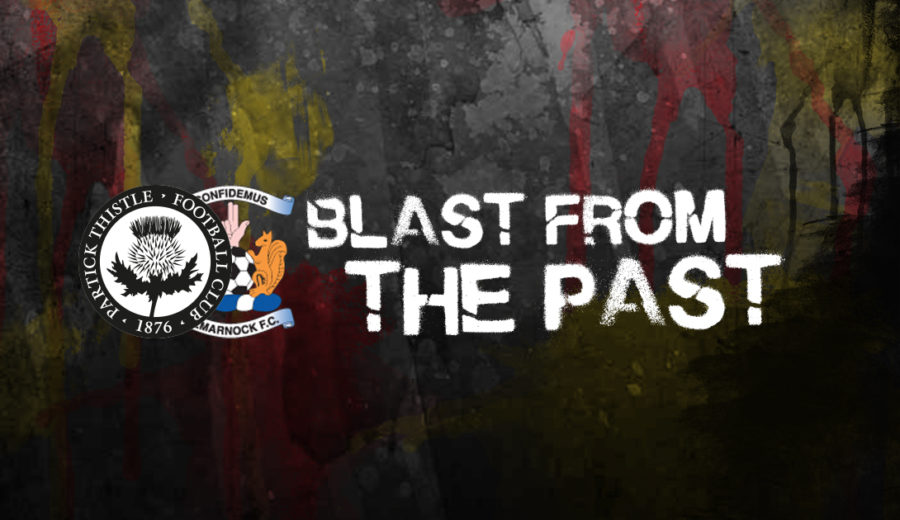 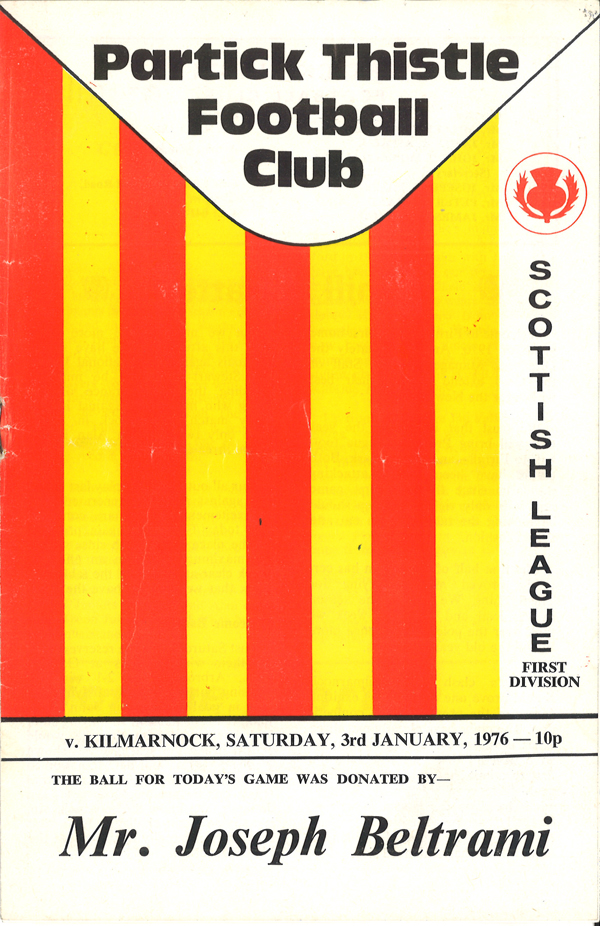 By virtue of the league positions occupied by Thistle and Kilmarnock at the end of season 1974/75, neither club was able to qualify for places in the newly formed Premier Division. Suitably aggrieved no doubt, they would be determined to win the First Division in season 1975/76 and thus secure automatic entry to the elite league. There was a real battle for supremacy throughout the season and the clash of the two main contenders on 3rd January was obviously going to be of paramount importance. This was reflected in Thistle’s biggest attendance of the season – 11,500 – quite remarkable by today’s standards. When a situation like this arises, the question is always the same – where are all these people at other times and where do they disappear to when the “key” game is over. There are various theories put forward, but no-one has an undisputed answer. 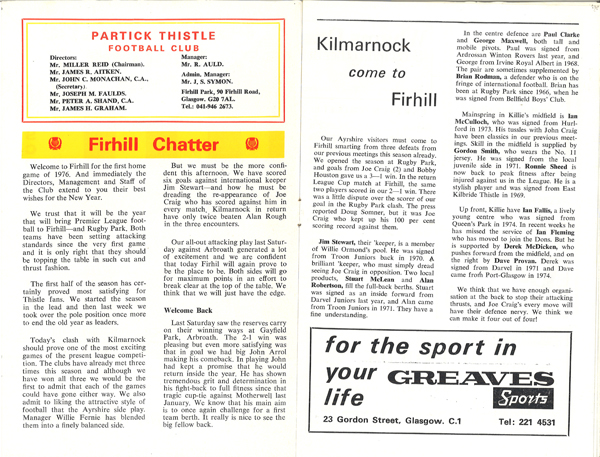 Thistle had taken a significant step forward in this two-horse race when they beat Kilmarnock 1-0 in the earlier Rugby Park encounter, thanks to a Dougie Somner strike. We were strong throughout what was admittedly a short league programme of only 26 matches and suffered the bitter taste of defeat only twice – versus Airdrie at home and Montrose away.

Having only 26 league fixtures to be played meant that the programme was completed by February. The remaining time was taken up with a new competition called the Spring Cup. It was unpopular and short-lived. 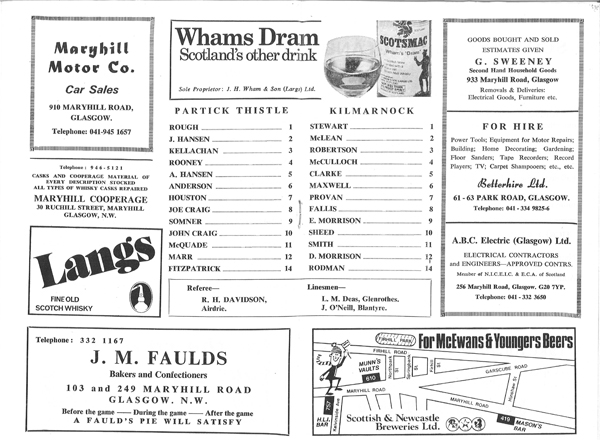 Don’t be deceived by John Marr wearing No 9. He was by no means a striker(190 matches, no goals), but a tough-tackling defensive midfielder, whose previous club was Petershill Juniors. 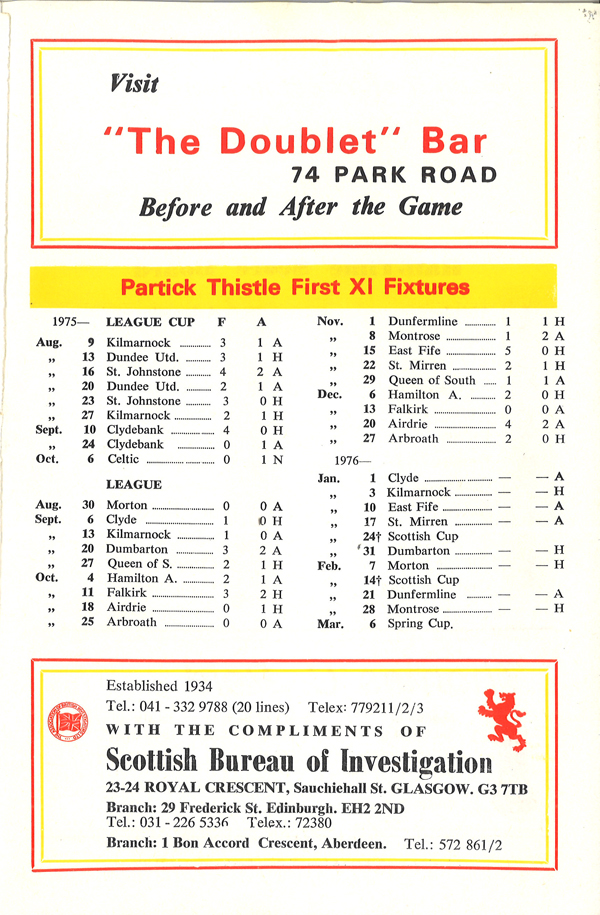 Test your memory. Do you recall a couple of players in the Kilmarnock team who played briefly for Thistle? The names are Brian Rodman and Ronnie Sneed. Don’t worry. They played only a dozen games in total between them.

Mr. Joseph Beltram, whose name appears on the front cover, having sponsored the match ball, was a well-known Glasgow lawyer, good to Thistle in many ways, but whose leanings were not towards the north-west, but more to the east. Well, nobody’s perfect, after all.