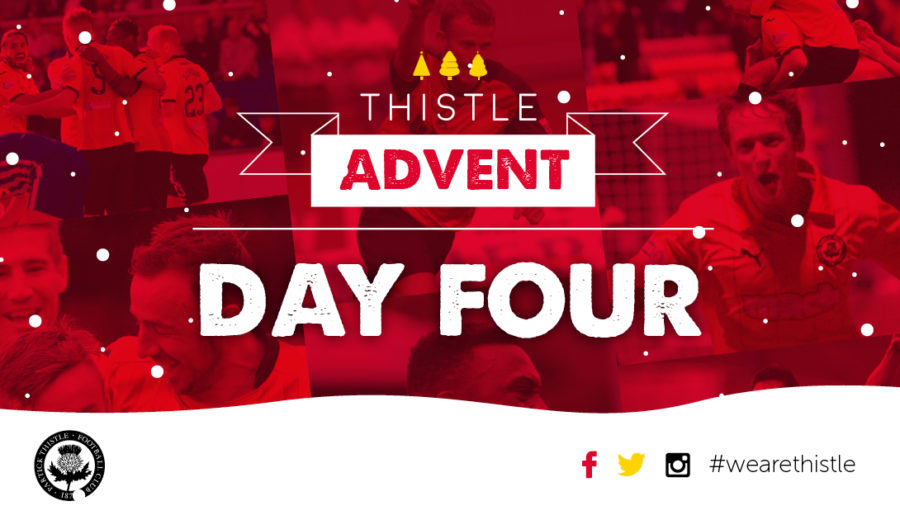 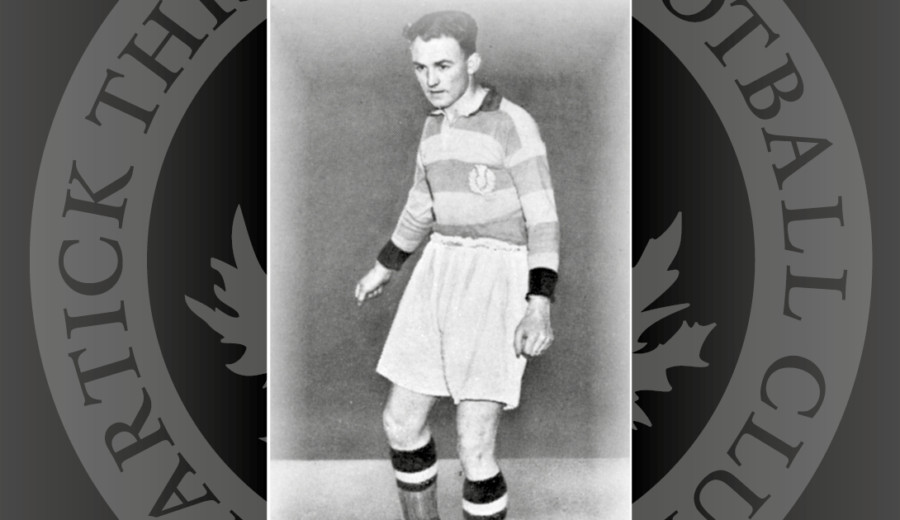 Johnny MacKenzie joined Thistle in 1944 but had to wait almost four years to make his debut for the club.  Having served his country during World War Two, Johnny found himself deployed in the south of England, only returning back to Glasgow to take to the field at the start of the 1948/49 campaign.

His debut for the side was a day best forgotten for the Jags as Queen of the South ran out 8-2 winners but it gave Johnny the first taste of football in a Partick Thistle jersey. He netted his first goal for the club in a 3-1 away defeat at Third Lanark as his footballing career in Maryhill started to take off.

It is during the 1950s that Johnny is best known in a Jags shirt, being part of the side which finished third in the 1953/54 campaign. He netted in the League Cup Final in the same season, as Thistle went down 3-2 to a very talented East Fife side.

Johnny would take to the Hampden pitch in three League Cup finals during his time with the club but the coveted silverware would evade him throughout his career. Playing in one of the most attacking and entertaining Thistle sides saw him win a great number of admirers and in 1954 he was called up, alongside teammate Jimmy Davidson, to the Scotland World Cup squad.

The experience in Switzerland would present Johnny with the opportunity for game time as only 13 Scotland players made the trip despite the regulations allowing squads of over 20 to be permitted.

The tricky winger relied on his skills and crossing to make an impact in the Jags side and there were a number of very grateful forwards who benefitted from his team play throughout his time at Firhill. He had a short spell with Fulham in 1958 which broke his service to the club, but Johnny returned to Firhill later in the same calendar year and was back dazzling Thistle supporters in the terrace on a weekly basis.

Johnny left Thistle in 1960 and he left with a legacy of being one of the best footballers ever to play for Partick Thistle Football Club. He was inducted into the clubs Hall of Fame in our inaugural dinner ten years ago. Johnny passed away earlier this year aged 91.