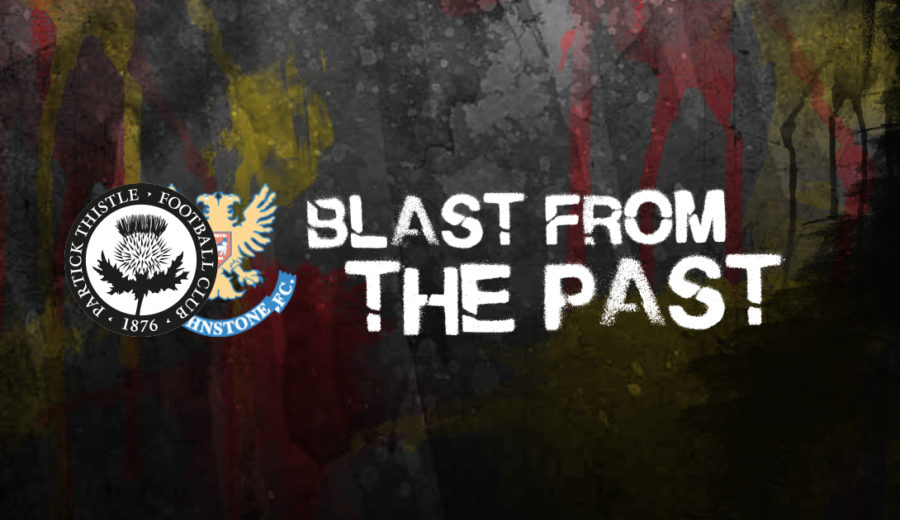 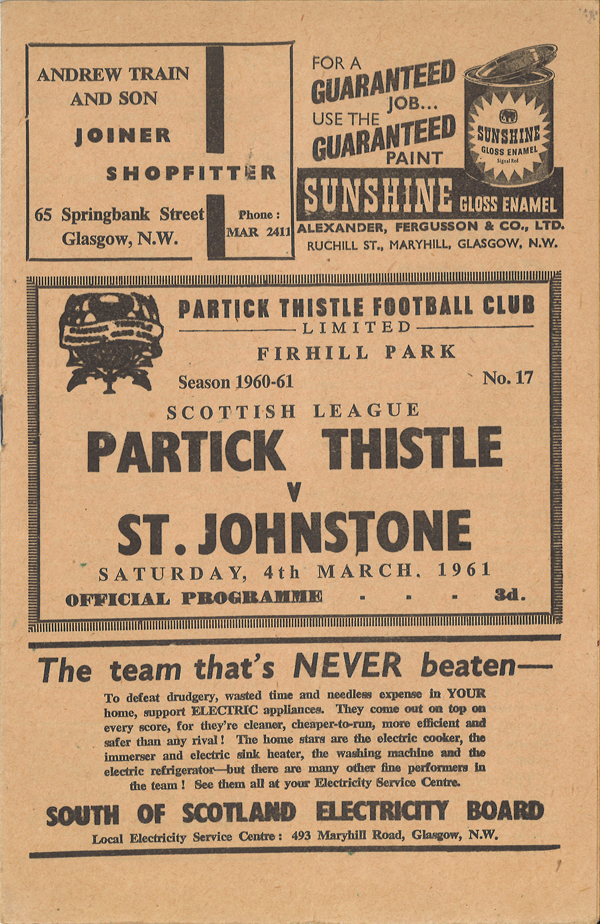 Delving in to the dark recesses of my programme collection, I find that the featured match is the oldest Partick Thistle v St Johnstone one to grace the shelves of my attic. It has stood the test of time much better than its owner. Anyway, when the St Johnstone coach rolls up outside Firhill on Wednesday 1st February, this will mark the Perth side’s 50th visit since March 1961. It’s quite a thought, isn’t it? 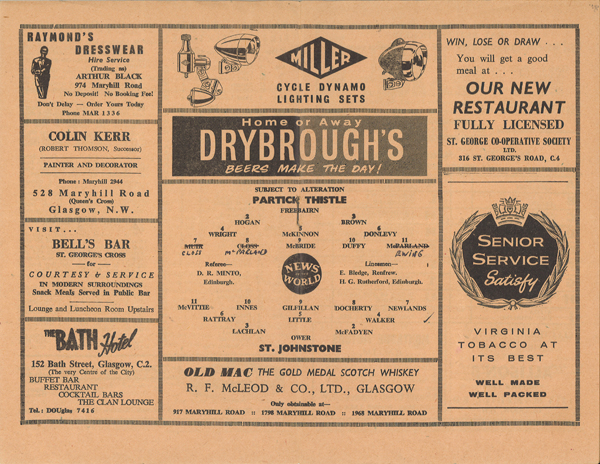 On the day Thistle enjoyed a fairly comfortable victory against the Perth Saints, with Neil Duffy scoring twice, while the other goal was notched by the prolific Joe McBride. Joe had joined Thistle well into the season, but still managed to find the net 14 times in 22 league matches. I was bitterly disappointed when he was transferred to Motherwell. His subsequent scoring record with Celtic has, of course, been very well documented. 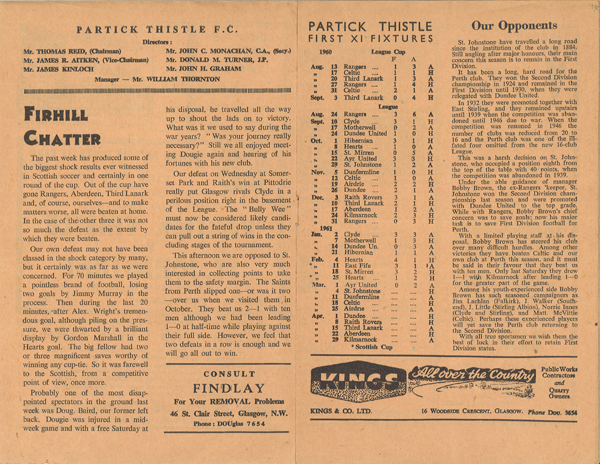 A study of the full Thistle team makes for interesting reading. In goal was John Freebairn. To say he was unorthodox is a massive understatement. Totally reliable would, however, be an apt description of the two full-backs Joe Hogan and Sandy Brown, later to play down south for Everton. In those far-off days we had half-backs(midfielders were yet to come on the scene) and on the right we had the outstanding Alex Wright, who made 351 first-team appearances and scored 85 goals, and on the left the fiery red-head Frank Donlevy. The rock on which the defence was built was centre-half Donnie McKinnon. Essentially in 1961 it could be said that the team had five forwards, although I wouldn’t have said David Closs was an out-and-out attacker. As a normal rule Nos 8 and 10 played a bit deeper than the others. At No8 was the legendary Dave McParland, who made 587 first-team appearances, scored 110 goals and was club manager for four years during which time we won the Scottish League Cup. Scots continually moan about the English going on and on about 1966. Aren’t we just as bad with 1971? Personally, I plead guilty to the charge. Completing the team line-up were Joe McBride, Neil Duffy and Scottish internationalist Tommy Ewing – quite a formidable eleven. 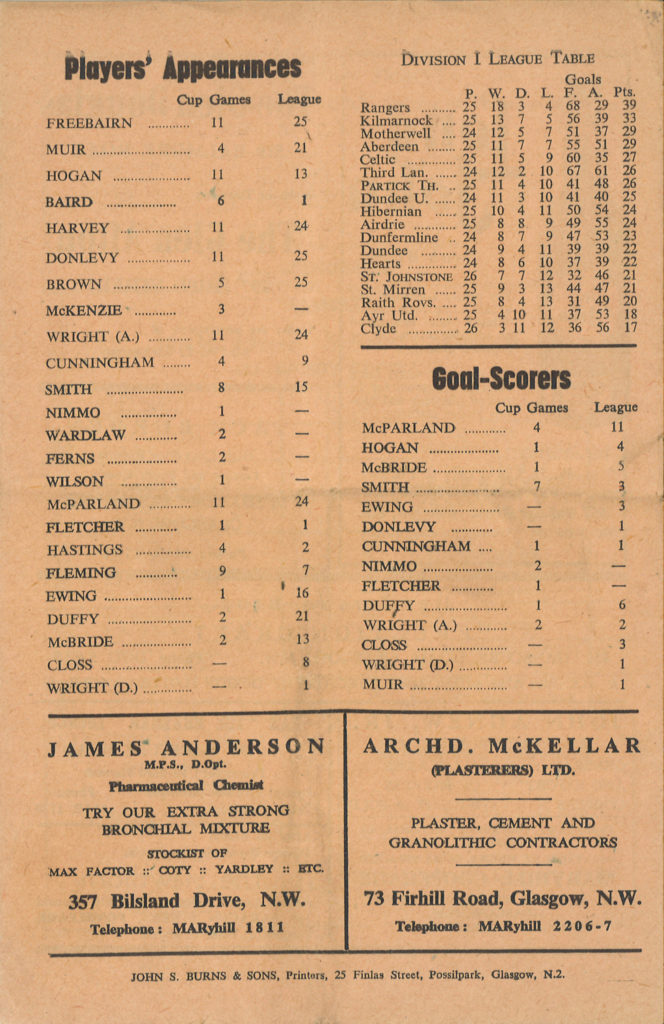 At the time of this game Thistle sat 7th in the league, one place behind Third Lanark, who six years later, would cease to exist – it’s a sobering thought. I feel a lot of sympathy for former Thirds supporters, particularly in the light of our own scary experience in 1997. A lot of them were lost to the game completely. Quite a few joined Thistle which was great. They could have done so much worse, could they not?