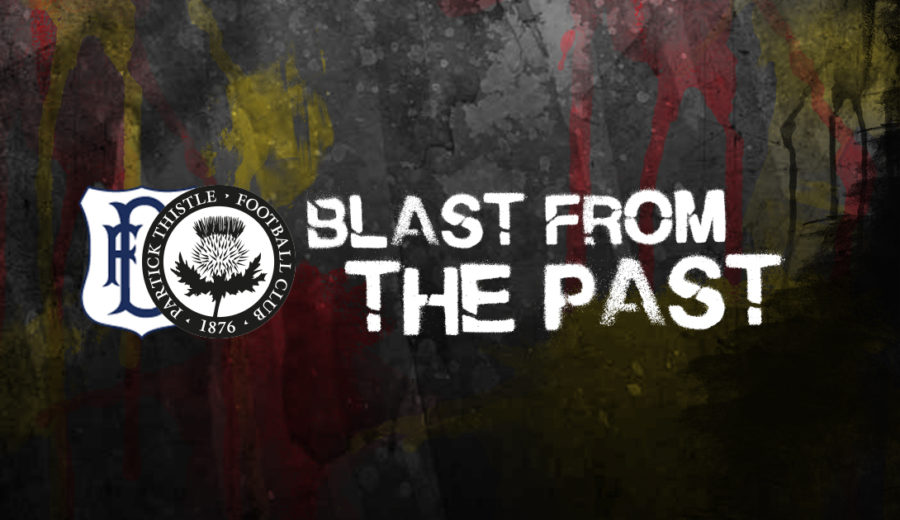 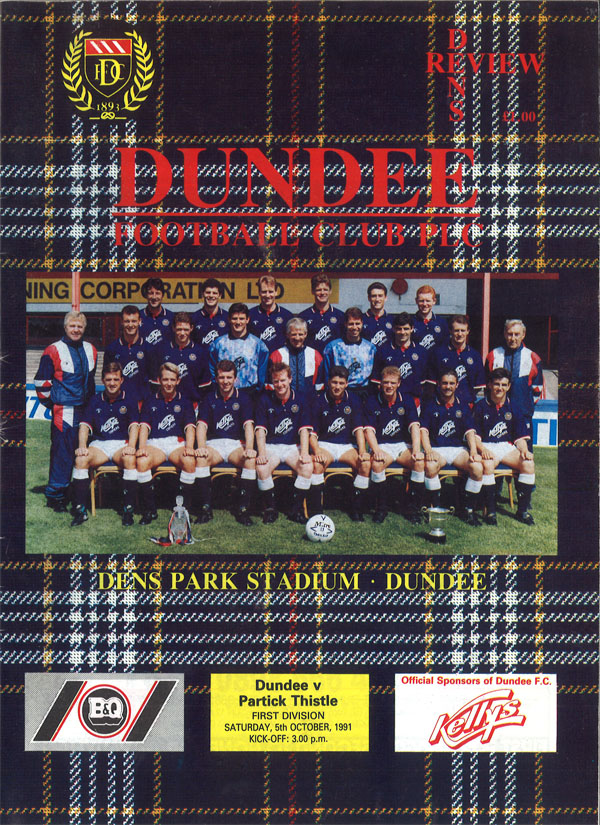 This was indeed a fixture in the First Division, albeit a top of the table clash and neither of the competing clubs would be remaining in the second tier much longer. At the end of the season Dundee would go up to the Premier League as champions while Thistle claimed second place in that agonising, never-to-be forgotten 0-0 draw with Forfar Athletic in the final match. It was never a penalty kick in a million years, was it? No, never. 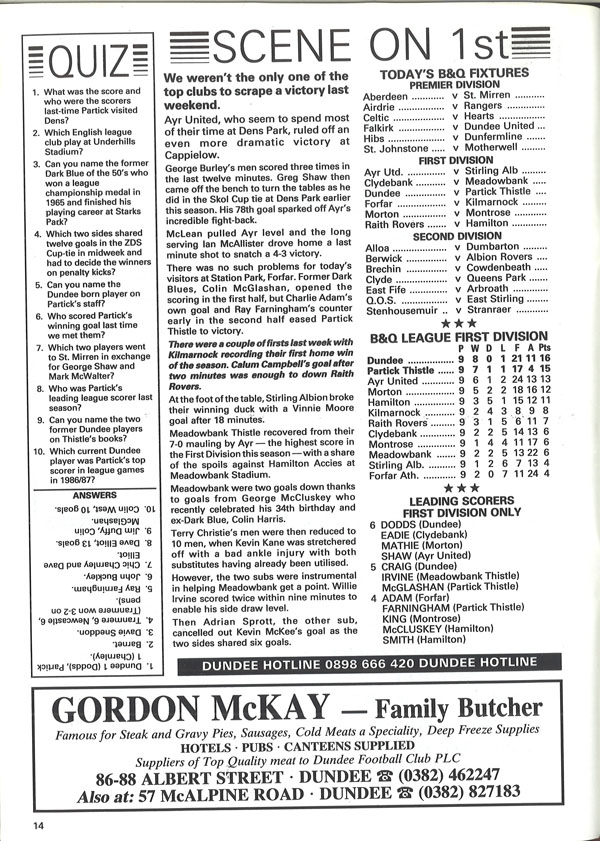 The featured match was fairly early in the season when things hadn’t quite taken shape, but it was nevertheless a significant result because everyone knew that both Dundee and Thistle would be there or thereabouts when the merry month of May rolled round.

Thistle won the toss and captain Jim Duffy chose for the Jags to shoot up the hill in the first-half. This is fairly normal practice, keeping the slope for the second period. Some say there is no significant slope, but I maintain there most certainly is. Just look at the street outside which separates Dens Park and Tannadice. Anyway, Isaac English opened the scoring for Thistle after 15 minutes, and there were no further goals in the first-half. Our disappointment was huge when Dundee equalised two minutes into the second-half, but Thistle re-grouped and in 57 minutes’ ace predator Colin(Dibble) McGlashan notched what proved to be the winner. In the final half-hour Thistle looked the more likely team, but there was no further scoring and the two points (yes, just two in those days) came back to Glasgow with us. While on the subject of points, three for a win started in season 1994/95. 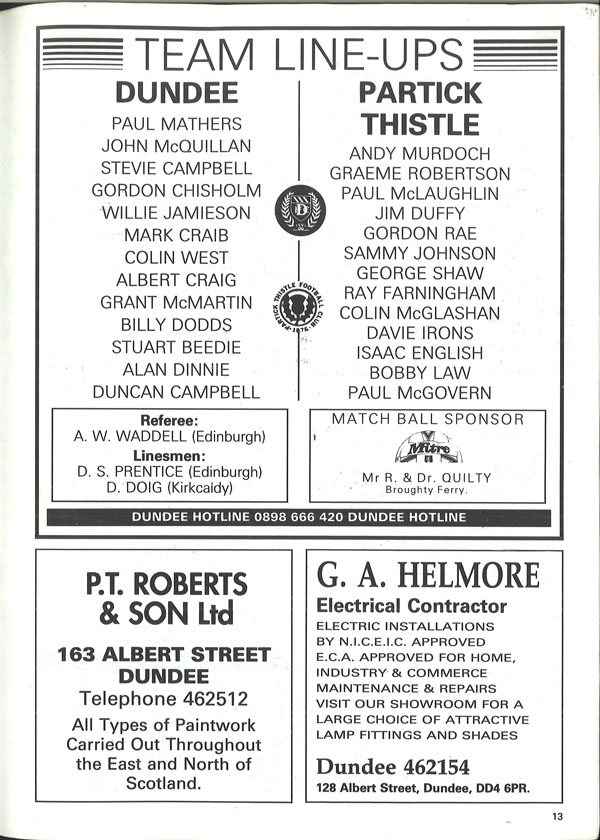 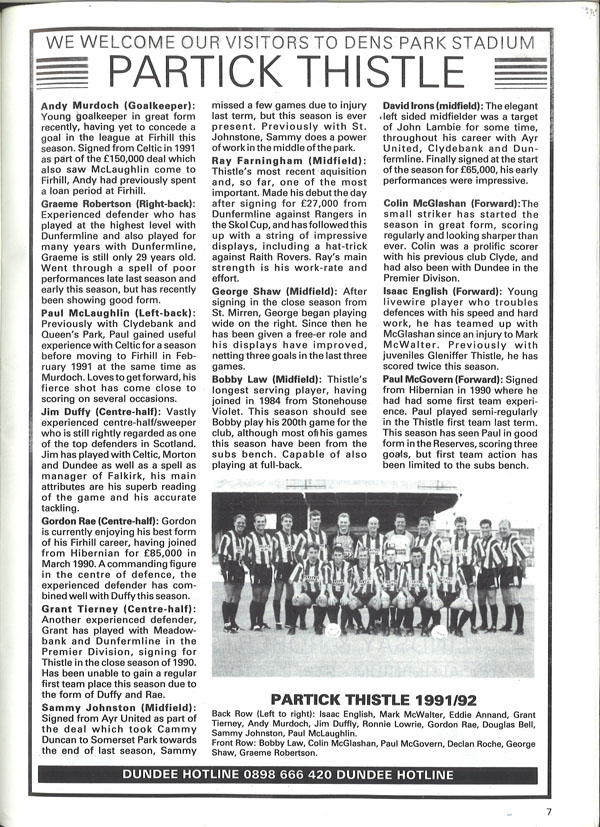 Someone else familiar to Thistle supporters was the referee. The match programme says Andrew Waddell. My notes say Les Mottram, a name to be remember for ever following his performance in the play-off at Tannadice in 1996. Arguably my worst experience in a life-time of following Thistle – yours too, I suspect.