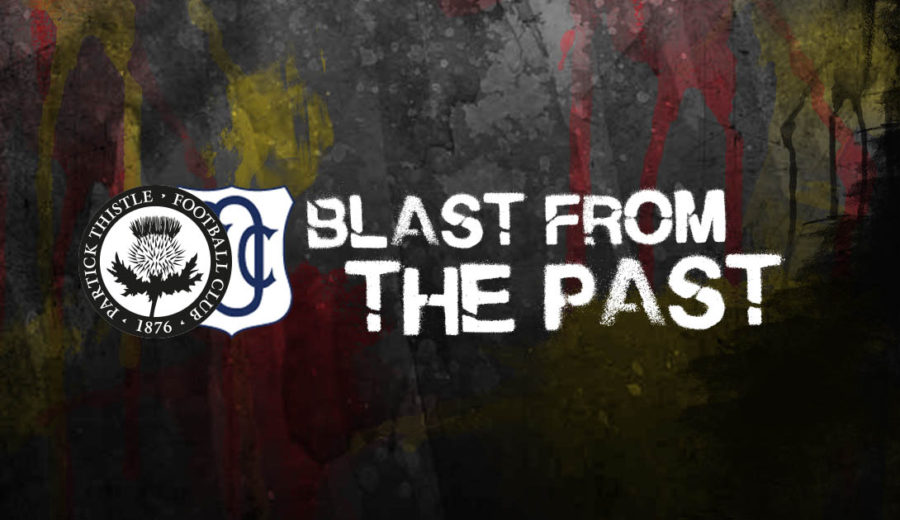 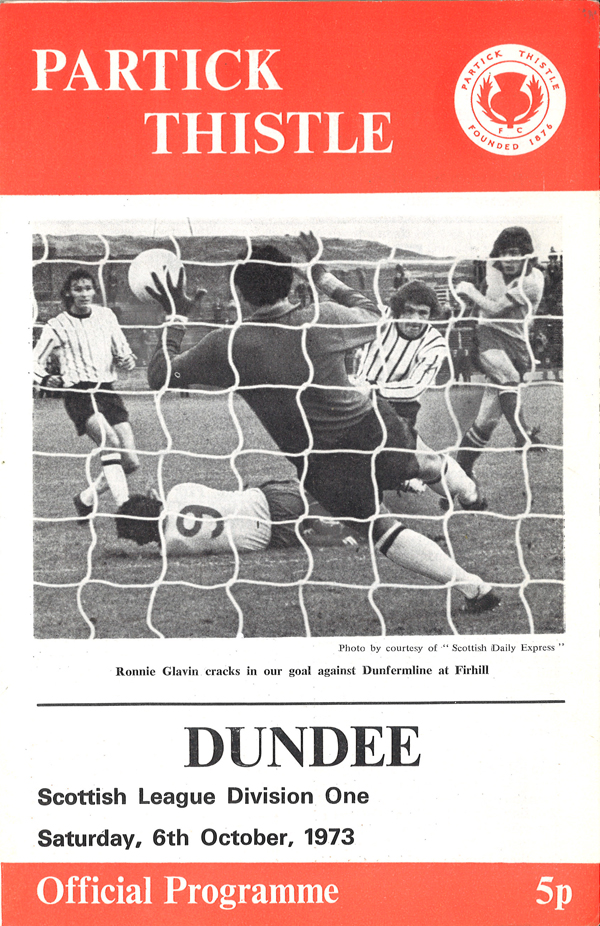 This was Thistle’s first league victory of the season, and long overdue, one might justifiably say, because we didn’t win any of the six group matches in the League Cup either. The good ship was gradually steadied, however, and we managed to finish in 11th place, not a brilliant outcome considering the fact that just two years before we had won the Scottish League Cup in grand style. In 1974/75 Thistle slipped to 13th place in a league of 18 teams and the result of this was that we failed to make the cut for entry to the newly-formed Premier League. Our elevation to the elite league was, however, not long delayed and we were convincing winners of the First Division in season 1975/76 and then performed admirably as Premier League newcomers, finishing in 5th place behind Celtic. Rangers, Aberdeen and Dundee United. 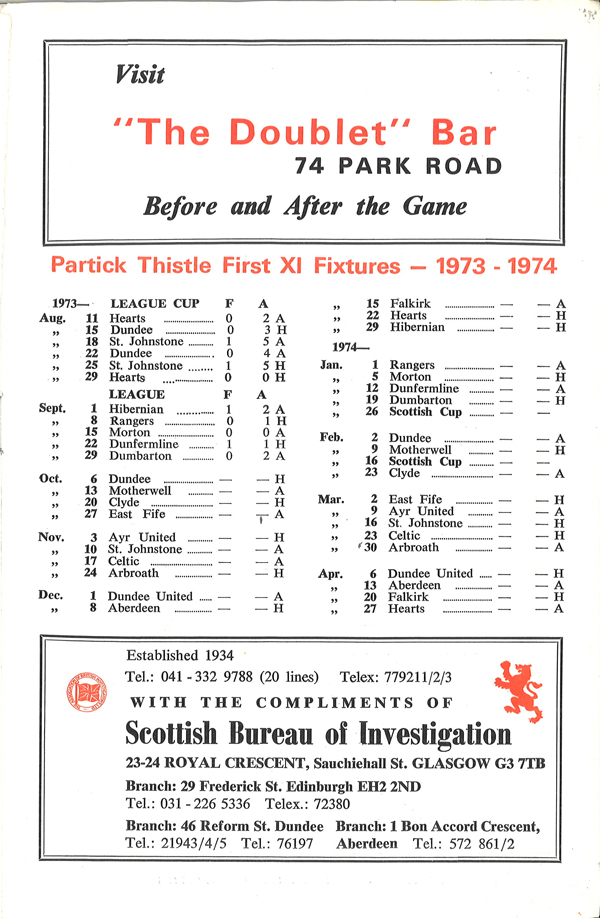 Nothing remains for ever and it was inevitable that the League Cup winning side would break up. A look at the team in the featured match will serve to illustrate what I mean: – Alan Rough, John Hansen, Danny Kellachan, Ronnie Glavin, Jackie Campbell, Nobby Clark, Johnny Gibson, Joe Craig, Tommy Rae, Bobby Houston, Frank Coulston. Notable absentees were Alex Forsyth, Hugh Strachan, Jimmy Bone, Alex Rae, Denis McQuade and Bobby Lawrie. The last two were still on the books and in fact Bobby Lawrie was an unused substitute.

In the featured match, which was an unspectacular affair, Thistle achieved a narrow, but nonetheless deserved victory. Bobby Houston notched the only goal after 33 minutes. 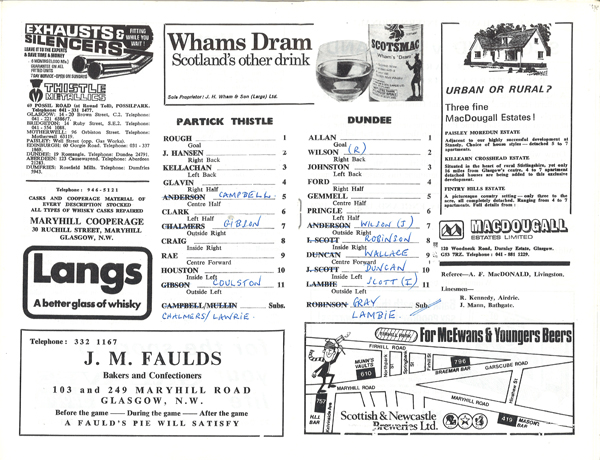 Interestingly the centre-half spot in the Dundee team was occupied by the late Tommy Gemmell. Other notable inclusions were, among others, Thomson Allan in goal and Gordon Wallace up front. 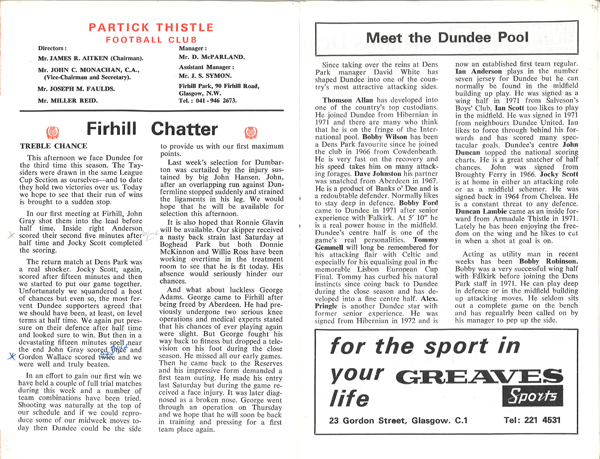 Speaking of goalkeepers, have a look at what is admittedly the rear view of the Dunfermline keeper beaten all ends up by Ronnie Glavin. Well done to you if you can. He has a Thistle connection. Hint:- He featured in a number of games not so long after today’s match. In case you are wondering the No 9 on the ground is Joe Craig