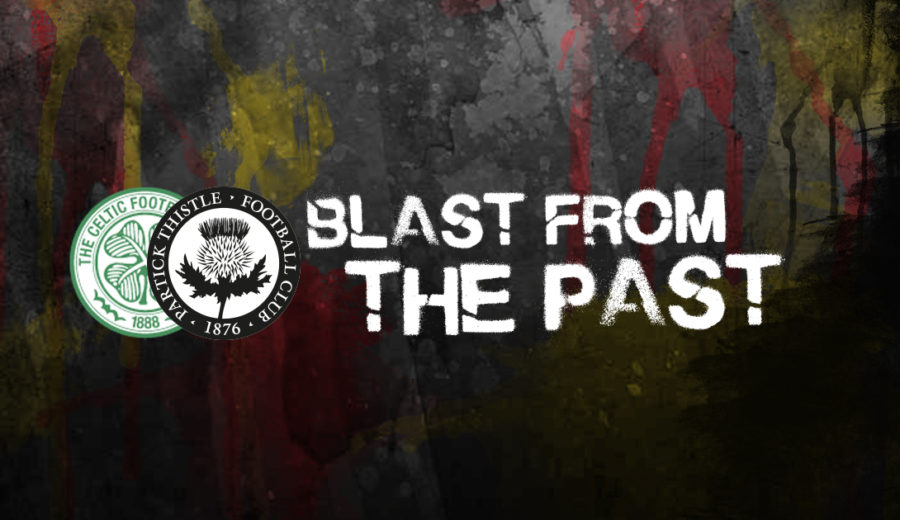 Please don’t be thinking Thistle travelled to the east end of the city and were the first visiting team to run out a Parkhead, dig in and battle so defensively that they were the originators of today’s frequently trotted out expression “parking the bus”. Not by any means was this the case, if my memory serves me correctly. Thistle gave as good as they got and thoroughly deserved to share the spoils against a strong Celtic side which included future Lisbon Lions such as Tommy Gemmell, John Clark, Billy McNeill, Jimmy Johnstone, Bobby Murdoch and Steve Chalmers. 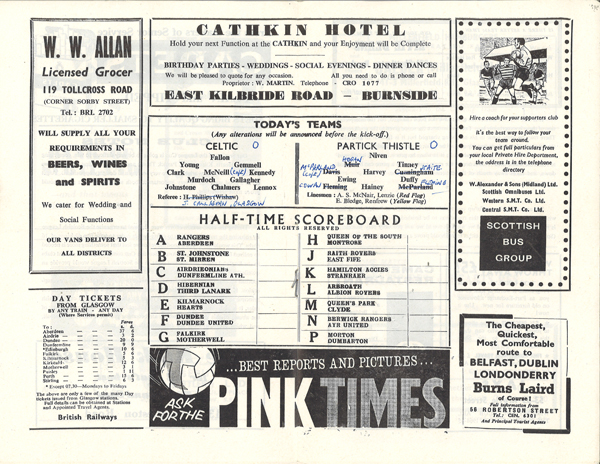 We were no slouches ourselves back in those days as a look at the team we field will surely testify. In goal was George Niven, a great goalkeeper for Thistle, playing 257 first-team matches following him being considered surplus to requirements at Ibrox. His Firhill debut came on 24th February 1962 when the Jags put a temporary spoke in the wheel of Dundee’s title ambitions with a 3-0 victory, so there was a clean sheet(one of many) for George in his first Thistle appearance. The full-backs Joe Hogan and Hugh Tinney stuck manfully to the task of keeping Jimmy Johnstone and Bobby Lennox reasonably quiet on the wings. In those far-off days it wasn’t expected of a full-back that he would go marauding in the opposition half. Strangely, however, Joe Hogan could also show his worth as a centre-forward, thus combining two vastly different roles. Next up is David McParland. What can you say to do justice to his Thistle achievements? He made 587 first-team appearances moving from outside left to right half and scored 110 goals. There is of course the small matter of managing the club for four years and in that capacity bringing the League Cup to Firhill in 1971. There can be no worthier “Hall of Fame” inductee than our David. 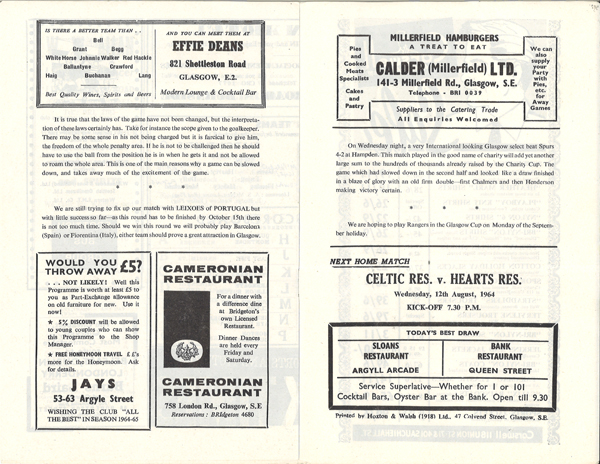 The other two half backs John Harvey and Dick Staite was tall and authoritative, majestic even. There was absolutely no way the forward line could be considered tall, except perhaps for Jim Fleming, of average height. The wee fellows up front could certainly play, highly entertaining blessed with outstanding skill, packing a punch too from time to time, although not on that particular afternoon at Parkhead. None the less they played their part in allowing us to leave with a draw. We all enjoyed the skills and trickery of Ian Cowan, Tommy Ewing, Billy Hainey, Neil Duffy and Jim Fleming – all of this at a time when the programme cost 3 pence(old money), and carried an advert for Carswells – the modern man’s shop in Union Street and Sauchiehall Street – offering all sorts of men’s clothing at knock-down prices – can’t be bad! 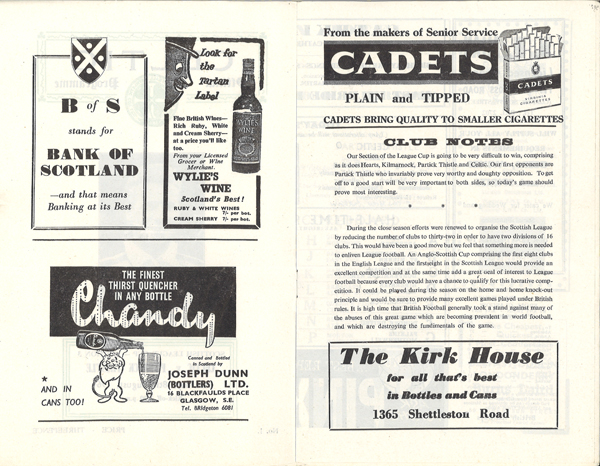 So we drew 0-0 with Celtic(Away) and Kilmarnock(home) and then beat Hearts 2-1 at home, thus making a reasonable start and prompting thoughts of winning the group. But this is Thistle we are talking about. Three thumping defeats followed, so that was that.