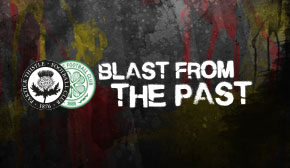 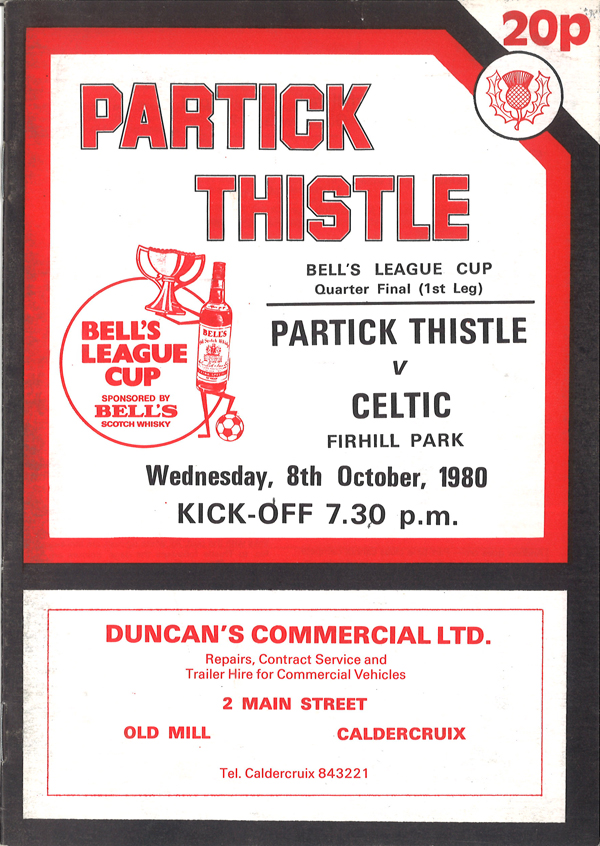 Thistle put in a very solid performance over the two legs of this cup tie, but as has happened so frequently over the years, they just fell short at the end.  We were represented by the following team: Alan Rough, Jamie Doyle, Brian Whittaker, Ian Gibson, Jackie Campbell, Frank Welsh, Donald Park, Alex O’Hara, Tony Higgins, Kenny Watson, Ian Jardine. 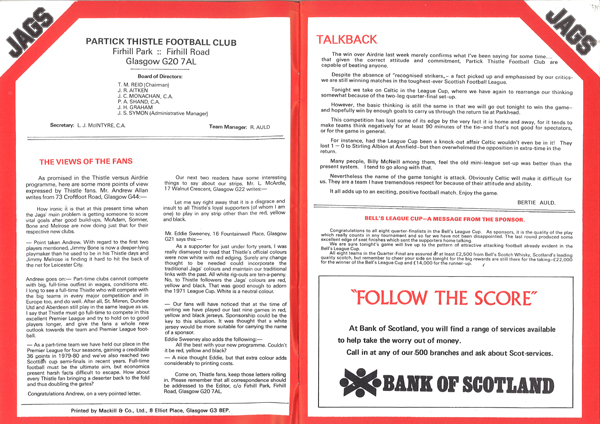 There was really very little between the sides on the night and the only goal of the game came from a Charlie Nicholas penalty-kick in the 49th minute. As you would expect, Celtic had strength in depth, featuring players of the calibre of Paddy Bonner, captain Danny McGrain, Roy Aitken, Frank McGarvey, Murdo McLeod, Charlie Nicholas and so on. 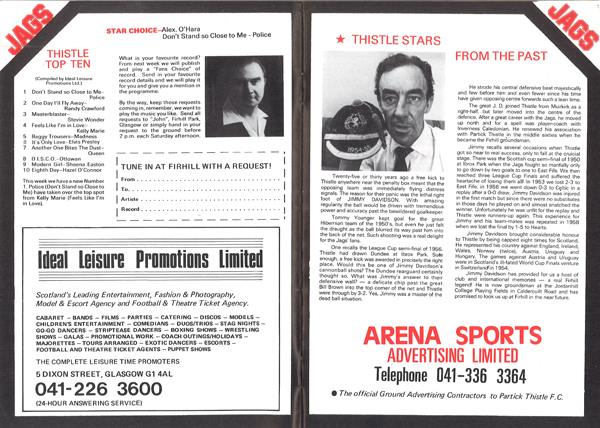 Would Thistle now be written off, or did we stand a chance of turning the tie around in the second leg at Parkhead. We would find the answer to this question on the 20th October, a night of relentless torrential rain. A few eyebrows were raised when Alex O’Hara levelled the tie in 42 minutes. Thistle held the lead for the remainder of the match, which then went to extra-time. What then happened was fairly predictable. We had put up a good show over the two legs, but we finally ran out of steam and goals from Tommy Burns and Roddy McDonald saw Celtic through to the semi-finals. The dismissal of Frank Welsh for the two bookable offences had made an already difficult task into an insurmountable backs-to-the-walls ordeal. 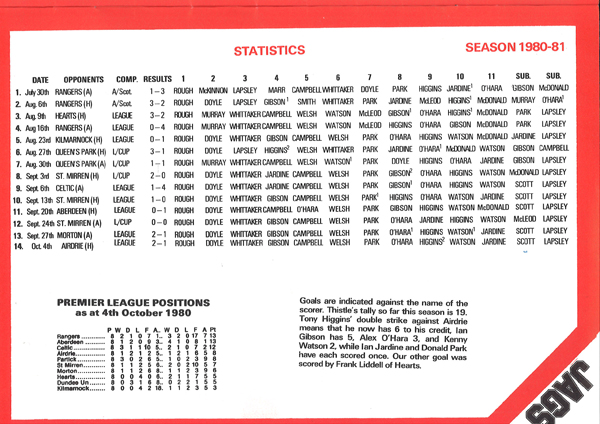 Reverting to the featured match, we certainly gave Celtic a run for their money. Looking at the broader picture, we finished 6th in the Premier League , lost narrowly in the Scottish Cup to Dundee United (haunting us even then), were very unfortunate to lose 5-4 on aggregate to Rangers in the Anglo-Scottish Cup, so things didn’t seem so bleak. None the less, the following season saw us relegated. Some saw the writing on the wall, others didn’t. On the rain-lashed night at Parkhead, I was certainly not preparing myself for the wilderness years that lay ahead. 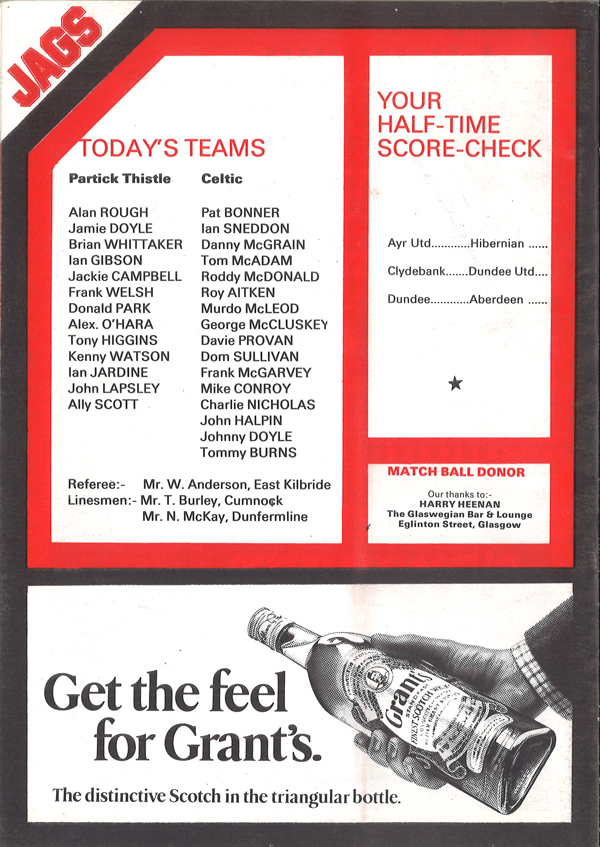