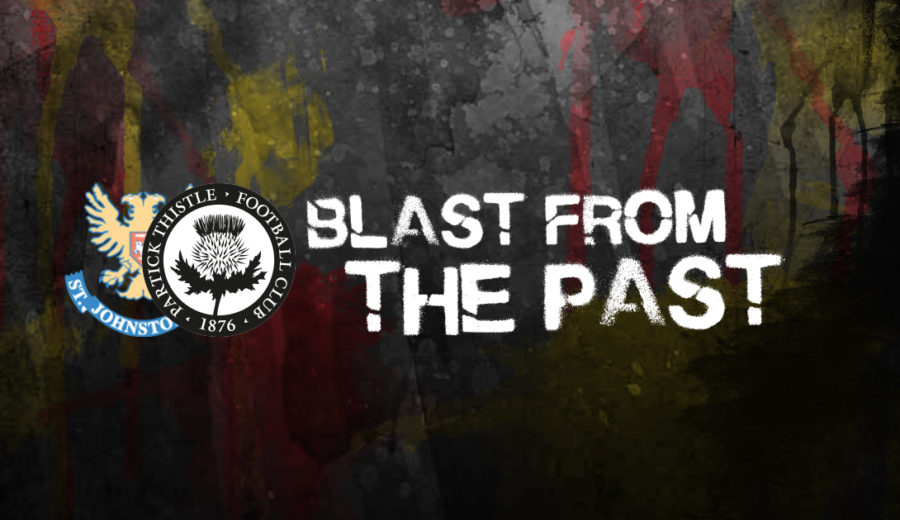 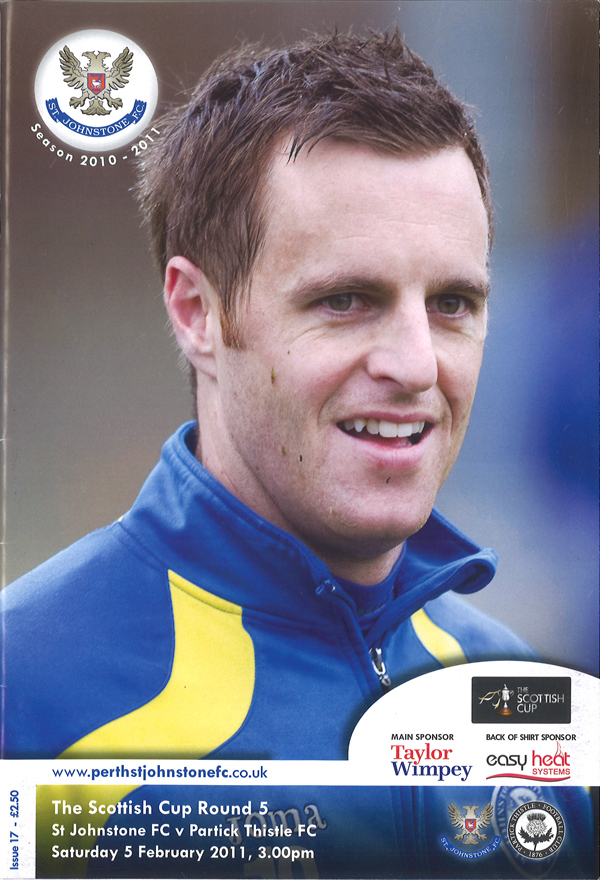 Thistle have played St Johnstone away from home in a wide variety of competitions – First Division, Premier Division, League Cup, Dryburgh Cup (do you remember this one?), Skol Cup and of course the Scottish Cup, the reason for our visit next Saturday. A number of these fixtures took place at Muirton Park, before the club moved to their current ground McDiarmid Park. 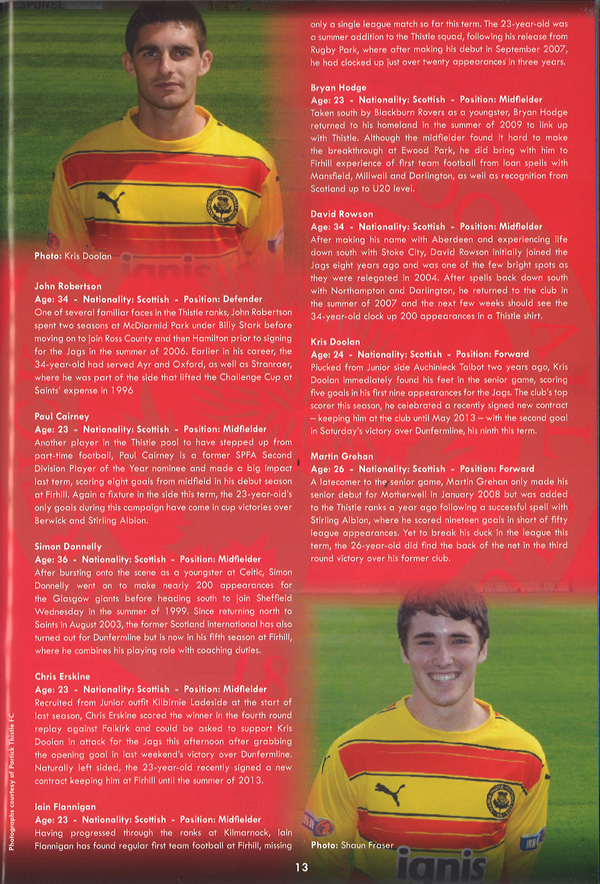 The featured match was scheduled to take place on 5th February (the date shown on the cover of the programme), but the pitch was waterlogged, so the game was postponed until the 8th, but the outcome was the very same. All of this is, of course, very inconvenient, particularly for visiting fans travelling to the game. Anyway, the match was finally given the go-ahead on the 9th. The pitch was understandably very heavy and the rain poured down almost relentlessly during the 90 minutes of play. All of this would seem to set the scene for an evening of abject misery and if you have travelled 60 miles and your team loses 2-0, then that describes the whole thing perfectly. Davidson scored in 41 minutes and Craig in 56. Thistle had no answer. 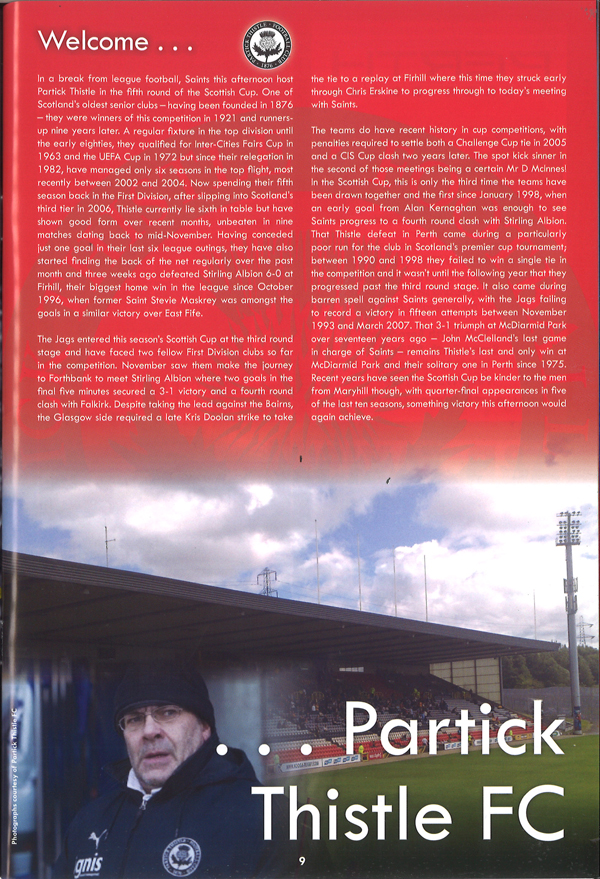 Most of my readers will know that if you choose to be a Partick Thistle supporter, then you are signing up to an emotional rollercoaster ride, moments of unbridled joy interspersed with terrible disappointments. Thistle can lift you to the heights and plunge you to the depths, sometimes in the course of the same match. Given all of this, Thistle are our team and we keep on going, no matter what is thrown our way. That night in Perth (not half as bad as Tannadice in 1996) was a testing experience, none the less. 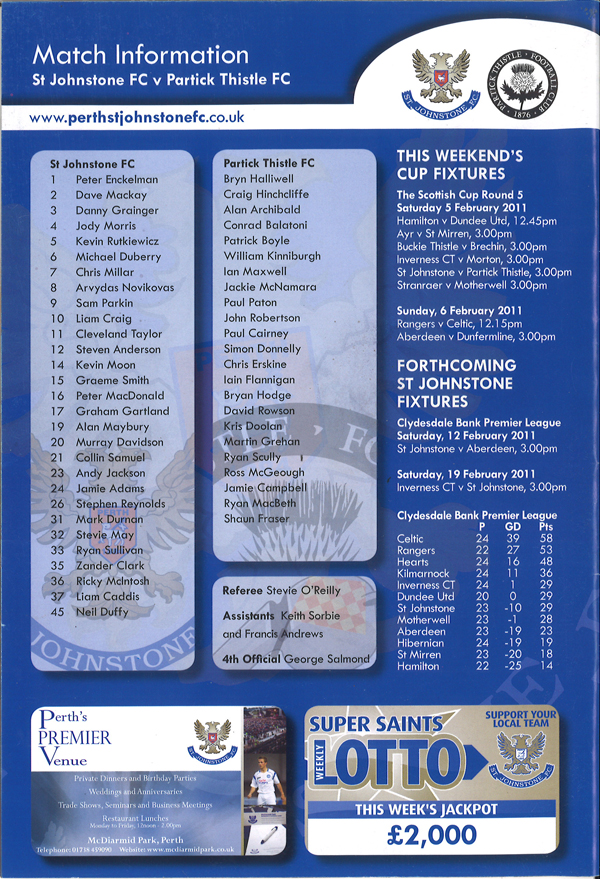 Six years on, only Alan Archibald and Chris Erskine remain at Firhill. This figure does not increase when the substitutes are listed: – Bryn Halliwell, Jamie Campbell, John Robertson, Shaun Fraser and Simon Donnelly.

The featured match was in the 5th round of the Scottish Cup. However, don’t be deceived into thinking that we had battled our way through four earlier rounds to get there, because we didn’t enter the tournament until the 3rd round, when we beat Stirling Albion 3-1 at Forthbank, quaintly named the Doubletree Dunblane Stadium. In the 4th round Thistle triumphed 1-0 over Falkirk at Firhill in a replay following a 2-2 draw at the Falkirk Stadium, where we were rescued by an equaliser in the 86th minute. Guess who scored? Yes, Kris Doolan.