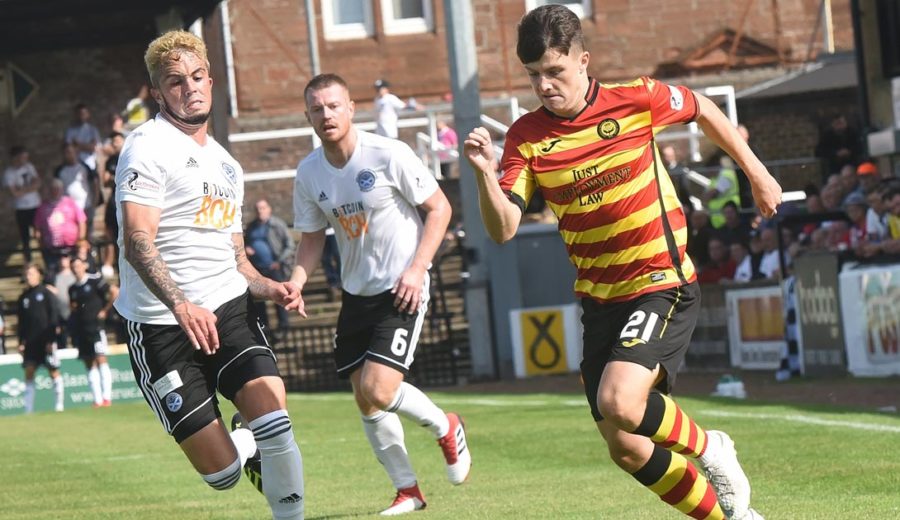 Aidan Fitzpatrick: I want to play a big part this year

During what was a disappointing game for Partick Thistle yesterday against Ayr United, there were very few positives to take. However, one bright spark in an otherwise gloomy afternoon for the Jags was Thistle number 21, Aidan Fitzpatrick. The 17-year old came on for half an hour at Somerset Park, making his league debut and the wide midfielder made a positive impact for the time he was on the park. He looked Thistle most threatening player for most of the second half and came close to setting up a goal just a minute after coming on. Aidan spoke to ptfc.co.uk following his first league appearance in the red and yellow.

Fitzpatrick began by telling us that he felt losing two goals so early on really knocked the stuffing out of the travelling Jags side.

“We gave ourselves a mountain to climb by gifting them two goals in honesty. We saw how tough it is to get back into the game against that Ayr team last week but we allowed ourselves to fall into the same trap again. At 1-0 we’re still just one goal away from getting something but when that second one goes in, I think you could see it knocked our confidence and that hampers our chances significantly.”

Aidan says the team knew that if they fell behind, Ayr would defend the lead with their lives, making it very difficult for the Jags to drag themselves back into the game.

“As I’ve said, we saw how good they are defensively at home last Saturday and they were no different today. From our point of view we just had to keep pushing and hope something went our way. If we’d pulled one back with some time left to play then it would have given us that boost to go and chase a second but, unfortunately, we weren’t able to create consistently enough and Ayr deserved the win in the end.”

Despite the poor result, Aidan was pleased to get another chance in the Thistle first team as he made a third senior appearance in Jags colours.

“I’m enjoying myself at the moment because, at the end of the day, you want to play as much first team football as possible. Obviously, the squad’s a bit short at the moment and the gaffer’s put his trust in me to go out and give it a go which I’m very thankful for. Hopefully I’ve impressed everyone because I want to play a big part this year.”

With Falkirk up next on the agenda for Thistle, Fitzpatrick is sure that Thistle will be in much better shape ahead of that game than they were for yesterday’s game in Ayrshire.

“Everyone can see the squad is light at the moment and that mean that two or three injuries or suspensions can leave you with very few options. For the Falkirk game, we’ll have Christie Elliott and Andrew McCarthy back as well as Jack Storer hopefully so immediately we’ve then got our 18 there which makes it much easier for the gaffer to change the game. Today, I was the only attacking player on the bench which didn’t leave us with much room to change as we chased the game but we should be in a much better position by next Saturday.”

More reaction from Cammy Bell as well as Jags gaffer Alan Archibald is available now to Jagzone subscribers. Log in now to see it.

Aidan will be here for the next big moment – will you? 2018/19 season tickets are on sale now – buy yours here.