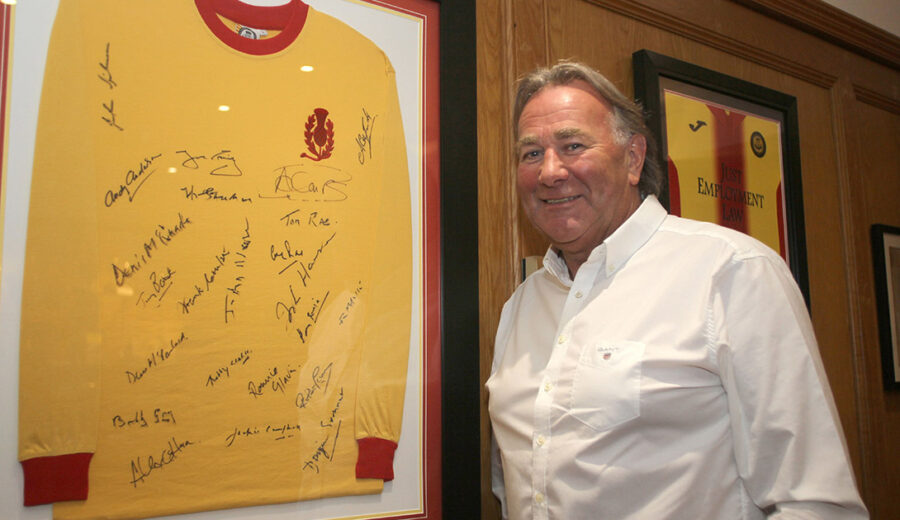 Partick Thistle director Alan Rough, the club’s record appearance holder and 1971 League Cup winner, has been awarded an MBE for services to football and charity.

The hugely popular Firhill figure, who represented Scotland at three World Cup Finals, has been awarded his MBE as part of HM The Queen’s Jubilee Birthday Honours List 2022.

Partick Thistle Football Club would like to congratulate ‘Roughie’ on this richly deserved accolation following decades of dedicated service, not only to the club but to Scottish football and society as a whole.

Partick Thistle FC chairman Jacqui Low said: “On behalf of the Board and everyone associated with Partick Thistle, we send our warmest congratulations to Alan Rough MBE on his well-deserved award in the Queen’s Platinum Jubilee Honours.

“Roughie’s love of and commitment to Partick Thistle, over more than 50 years, is a rare achievement in football. It’s great to see that now recognised, alongside his impressive international career and his charity work.

“After a career in football as a player, manager, pundit and director, Roughie’s respected and loved across football.  He’s earned the description of “legend” – and we are so proud that he’s ours!”

Roughie is the record appearance holder for Partick Thistle, having played 624 times for the club. He was capped 53 times for Scotland, 51 of those appearances while at Firhill making him the club’s most capped player.