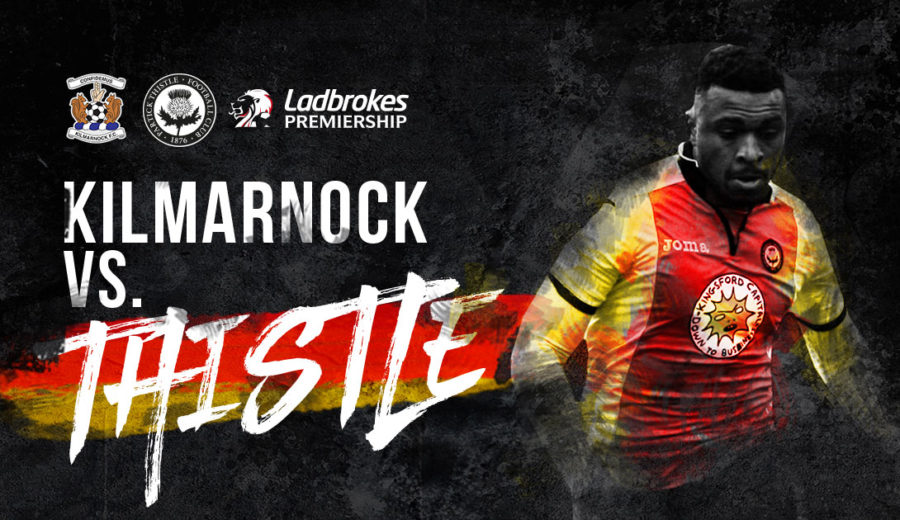 David Amoo is hoping the squad can keep the top six in their hands by beating Kilmarnock at Rugby Park.

Thistle are two points ahead of the Ayrshire side, a win would extend that gap and put the Jags in the driving seat for the much coveted top six place.

David knows how important the game is but says it’s one the players are looking forward to.

Speaking to ptfc.co.uk he said: “We are looking forward to the game, it’s a big game and a big opportunity for us.

“We know what we need to do, we know what we have coming up and we know our goals are in sight but we will take each game at a time and it’s important we go to Kilmarnock and take all three points.”

A last minute goal last week stopped Thistle being further ahead of their rivals but Amoo admits there were a lot of positives to take from that game and things are still on course.

“We were really disappointed to lose the late goal against Inverness but we have a lot of positives to take from the game. We performed really well and it was just the last kick that we switched off for. However we are still in a really good position and it’s all in our own hands which is all you can really look for.”

The Thistle number seven knows the team sit in a position that will make other envious.

“We go into the game knowing we are in the position others want to be in. If you are chasing others then you have to rely on results outside of your control whereas we know we can go out and put everything into ourselves and not worry about anyone else. We go into the game confident that we can take the three points.”

The match comes before a two week break for International football and Amoo is hoping to go into that period on a high.

“We have the break after the game and we want to go into it on the back of a win and on the back of extending our lead in that top six place. It would let us enjoy the two weeks without a game.

“The break gives us a chance to recharge a little and get a number of players back from injury and let them recover from knocks and really get ourselves ready mentally for a tough run in to the split.”

David has had to settle for a place on the bench in recent weeks but knows the whole squad will play their part.

“It’s about being patient sometimes, we are playing three at the back a lot and it’s sometimes hard to fit wingers into the team but I just need to do everything I can for the team when I’m on the park and make as much of a difference as I can.

“During the course of the season the whole squad play their part. It’s not just the same 11, everyone does their bit and I just need to make sure I do mine during the run in to the end of the season.”

Jagzone members will also be able to watch highlights of the game from midnight and will be able to listen to live audio commentary from Rugby  Park.