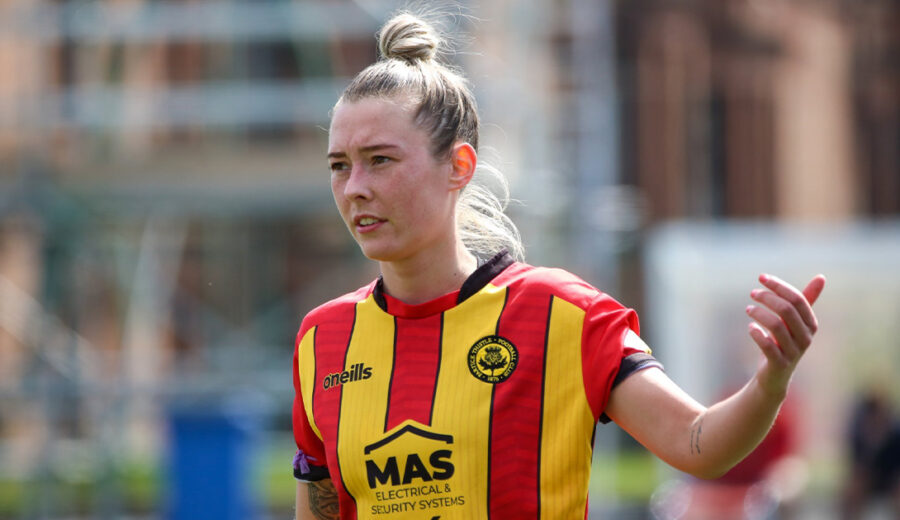 Partick Thistle Women’s FC is excited to announce that Amy Bulloch has agreed a deal with the club for the 2022/23 season.

Bulloch joined us in late 2020 announcing her arrival at PTWFC by scoring the SWF Goal of the Year against Stirling University while appearing as a trialist.

She quickly became a fully-fledged Jag and played 12 times as Thistle finished third in SWPL 2, scoring a second goal for the club, again against Stirling University.

Returning for the 2021/22 season, Bulloch played 28 times and scored three further goals including two in the same game as we beat Hibernian 3-2 at Petershill Park and again picked up our Goal of the Season award scoring against Hamilton Accies.

PTWFC manager Brian Graham said: “We’re happy to have Amy back again next season. She’s shown over the last two season what she can bring to this team. She’s a composed figure in the middle of the park and as proved by her awards she can produce a goal of quality out of nowhere”

Amy Bulloch said: “I’m delighted to have signed another year with this club. We have talented players here who I enjoy playing beside. I’m looking forward to the season ahead where we can continue to build on the foundations we already have and look at playing some great football!

“We have a strong coaching team to help us achieve this and great support behind us. We’ve achieved a lot so far as a club, it’s time to make another stamp on this league and achieve greater this season!”