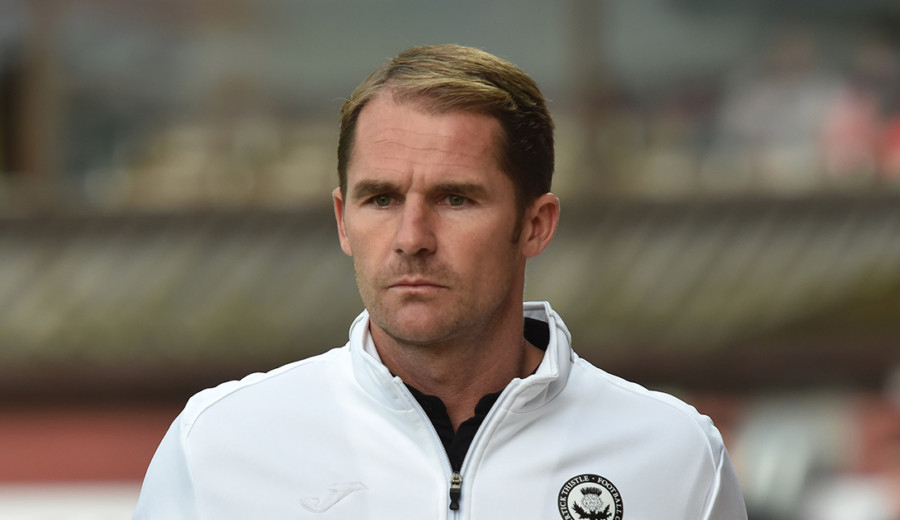 A supremely disappointing evening of Betfred Cup action saw Thistle crash out of the competition at the hands of Dundee United. In truth the 3-1 score line could have been worse for the Maryhill men had it not been for some heroic goalkeeping by Ryan Scully and some profligate finishing from the home team.

“That isn’t even close to the team we have seen so far this season. We have been very good at times and came into this game full of confidence after Saturday but that was chalk and cheese from what we saw against Inverness. Tomas only had one save to make on Saturday but tonight it felt like every time they attacked us they could have scored and Ryan Scully probably had eight or nine saves to make, if not more.

“Ryan was the only one who came out with pass marks tonight to be fair. He kept the scoreline respectable. Fair play to Dundee United, I don’t want to take anything away from them as they played excellently but we really were dreadful tonight.”

Archibald did have to shuffle his defensive line up as both Tomas Cerny and Liam Lindsay fell victim to injuries picked up in the weekend’s 2-0 victory over the Highlanders, but the Thistle boss was quick to assert that this should not have had that big an impact on the team’s performance.

“We did have to make changes but it certainly shouldn’t have had that big an impact, they were enforced through injury and we should have the depth of squad to be able to deal with that. There is plenty experience in that side to go and defend so much better than we did tonight.

“At times when you’re under pressure you look for your more senior players to come together and pull you through but we didn’t do that tonight and it certainly cost us as we found ourselves 3-0 down after half an hour.

“They cut us open every time and we just could not handle the movement at all. I really can’t understand it because our defenders play against those kind of players every day in training with the likes of Steven Lawless and Chris Erskine. What’s more is we’ve analysed United like we would with any other game, they knew the threats but just did not come anywhere near dealing with it. We had a fantastic support here tonight and they deserved much, much better than that.”